“To innovate, you need the whole system in the room”

An interview with Lucien Engelen from REshape Center & SingularityU Lucien Engelen is one of the European “rock stars” of healthcare innovation: among many other things, he’s the Director of... 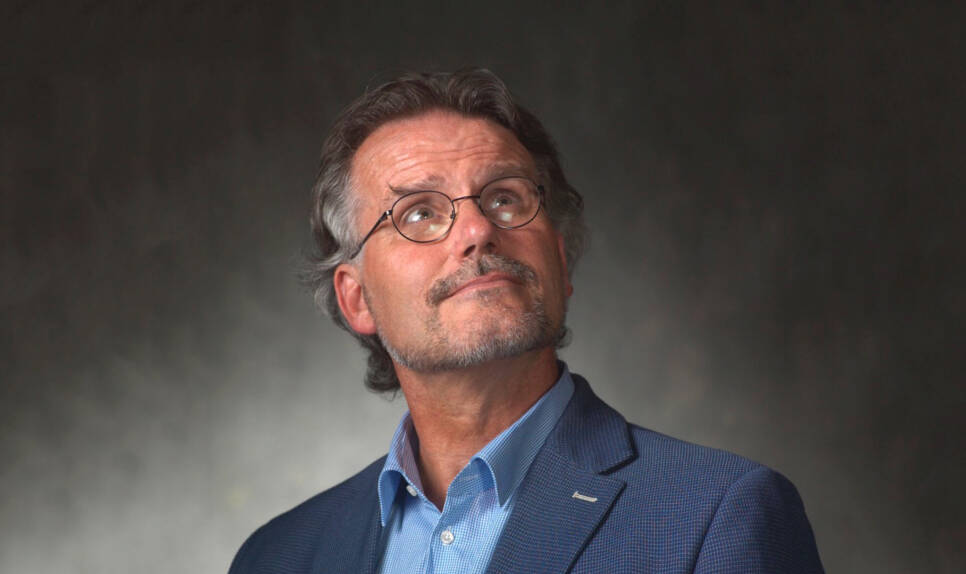 “I’ve made this mistake myself” he continued. “I really underestimated the power shift that was set in motion when patients started to reclaim the ownership of their data. Healthcare professionals used to ‘grant’ permission to patients to check their own records - if they felt like it - and now we are evolving towards a model where they will have to take a subscription to the data of their patients so that they can use it to make better and more proactive products and services. Patients are taking over the power. I overestimated the speed at which this would happen. But most of all, I underestimated the impact.”

Like Peter Hinssen and all the nexxworks influencers, Lucien Engelen is a big believer in Day After Tomorrow thinking, and investing 10% of a company’s resources into radical innovation projects that will generate the most value in the long term. In fact, that’s exactly what the REshape Center for Health(care) Innovation is to the Radboud University. They for instance love the “digital humans” of Soul Machines, which develops AI-powered self-learning digital human avatars that are so realistic – both in looks as well as in emotional intelligence – that they may very well be mistaken for actual humans. REshape is testing wonderful applications like this, solution, in a proactive type of e-health, so that they can avoid alienating the patient with ‘cold’ and distant technology.

“What you think will come true, most probably won’t and you’ll most likely not see coming what will happen”

The unpredictability of Day After Tomorrow projects

Lucien had a very clear answer when we asked him what he would advise to those incumbents that struggle to reinvent their own Day After Tomorrow to stay relevant in the future: “Start, please just start! Overthinking the matter over and over again will dangerously slow you down and it will certainly not help you innovate any better: what you think will come true, most probably won’t and you’ll most likely not see coming what will happen. The only certainty you’ll have with Day After Tomorrow projects is that they will be unpredictable.”

He likes to advise institutions and companies to create a small cell that has the assignment and the authority to scout for the future and translate that into what he calls “a soft landing in the future”. Putting your radical innovation team in a separate, empowered and protected “silo” is a proven method, of course. As Peter Hinssen wrote in The Day After Tomorrow, that worked wonders for Johnson & Johnson and CLAAS with 365farmnet. Just like it did for Lucien’s REshape Center that focusses on the horizon of between 5 and 25 years from now.

“One of the hardest things about Day After Tomorrow innovation in healthcare is how it takes 7 to 17 years for new processes or technology to become the “new Normal”. We really have to manage the expectations of those stakeholders who expected we would implement and make instantly commercially viable business models from our ideas. But what we do, are the fundamentals: we focus on human centric design, experiment and prototype - with tape and paperclips (Lucien laughingly confirmed we could take this quite literally) – to see if our assumptions are right. The parts of our organization that’s responsible for ‘bringing home the bacon’, sometimes struggles with accepting this. They assumed we’d implement it in our organisation (of 15.000 colleagues). We really had to break the process into different teams, with different mind-set, competences and governance pursuing our work into implementation in a broader sense and make it compliant to regulations.”

“People are usually very good at assessing what innovation is in a different sector than ours, yet fail to understand how it works in our own industry”

Look outside your own industry

Another important part of innovation, according to Lucien, is to “get the whole system in the room”. In his industry’s case, that’s the “patients, their family, informal care, doctors, nurses and other medical staff, policymakers, industry, insurers and everyone that plays a role in the healthcare system”. The REshape Center started doing this since 2011 when Lucien also initiated the #patientsincluded charter. But this need for inclusions goes for every other sector as well. So many companies keep focussing on their own processes, services, products and marketing when they innovate, instead of following the consumer, the competition, the government and any other partner that defines the rules and reactions of their market. Assumptions about innovation are very unstable if they are ripped out of the context of the entire network they are operating in. You have to look at the whole system.

“In a couple of years from now, we’ll look back to the current developments as a pivotal period”

Lucien is a big believer in this type of open ecosystems thinking. We talked about transition moments in healthcare like Apple announcing offering an PHR (Personal Health Record), Amazon, Berkshire Hathaway and JPMorgan partnering up to create a healthcare system for their 1.1M employees, Apple announcing AC Clinics for their employees and family or Google starting to support healthcare Insurers. “In a couple of years from now, we’ll look back to the current developments as a pivotal period”, Lucien stated. So many companies still suffer from corporate myopia and fail to properly discern the warning signs of such transition moments, though. According to Lucien that’s because “we are very good at assessing what innovation is in a different sector than ours, yet fail to understand how it works in our own industry”. In other words (those of my favourite singer ‘Fink’, to be exact): we tend to be “looking to closely” and fail to see the bigger picture.

Lucien’s ‘medicine’ for this ailment is refreshingly simply: “Everybody who works in healthcare attends a great big number of conventions per year. I always tell them to visit 1 convention per year from a completely foreign industry, like construction or mobility. So that they can refresh their perspective.”

The Radboudumc REshape Center for Health(care) Innovation actually makes structural use of this type of intra-industry bridge-building: “We organize all types of cross-over projects, with the Royal Air Force, tech companies, postal groups, the food and clothing industry. We’re determined to help and learn from each. The air force, for instance, has a lot of tech and innovation talent and they are exceedingly well-trained in innovating in very special circumstances. Plus, they are used to look for solutions that are independent of locations, which is very interesting for telehealth, obviously. I was also very surprised to learn that – although every last little detail of the airplane is monitored – pilots, sadly are not really. So that’s where we proved to be useful to them, being well trained in the monitoring of the human body. I love that type of cross-over creativity.”

“Our challenge is now to get the message across that the world will NOT stop turning around or push the PAUSE button while we’re debating possible hurdles but that we have to ‘leapfrog’ to the day after tomorrow”, Lucien concluded. 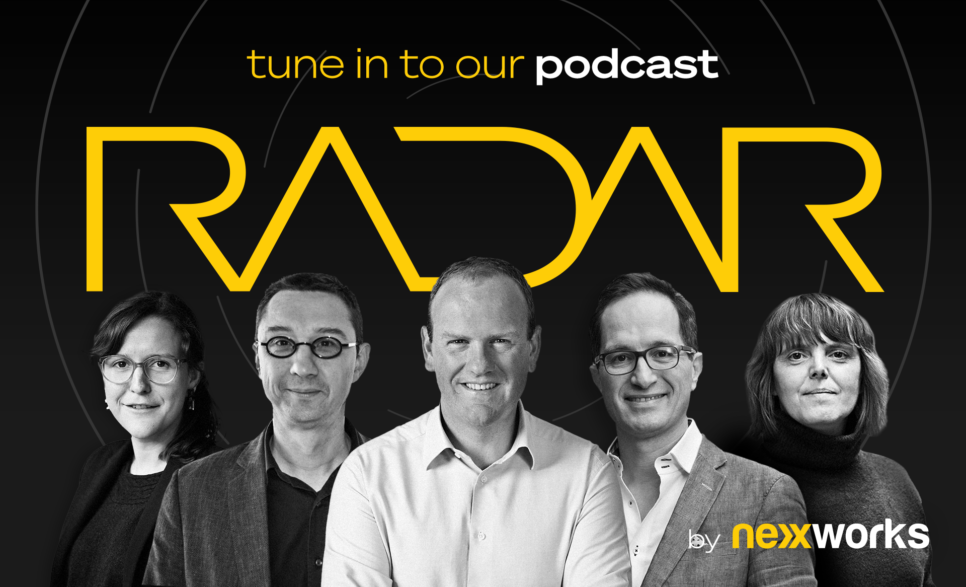 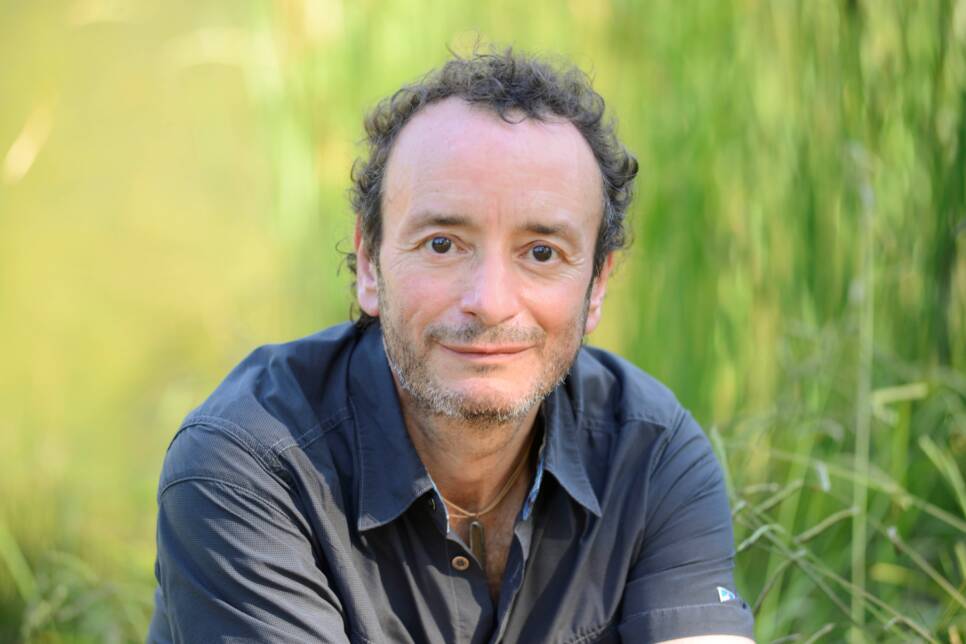 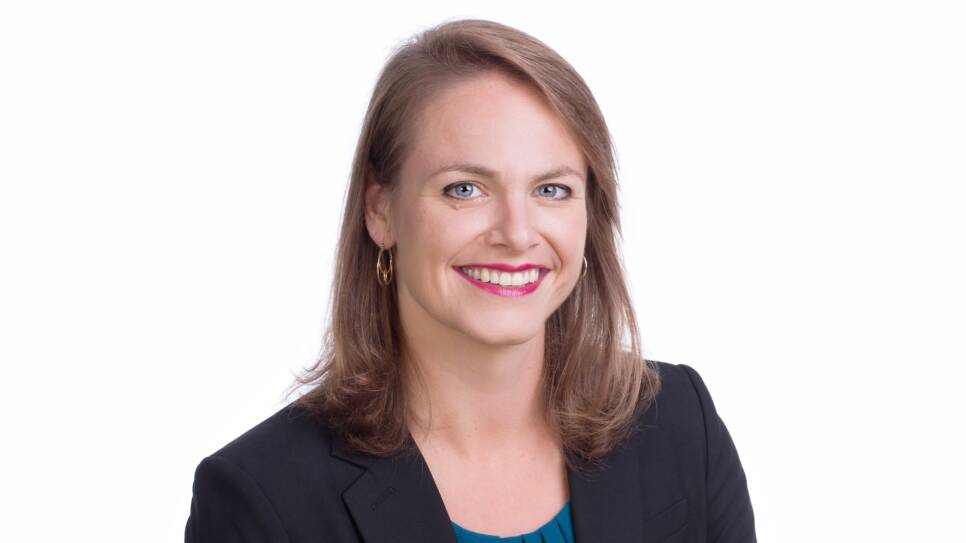