Los Angeles isn’t the ‘next Silicon Valley’ it’s very different and there are a number of reasons for that. 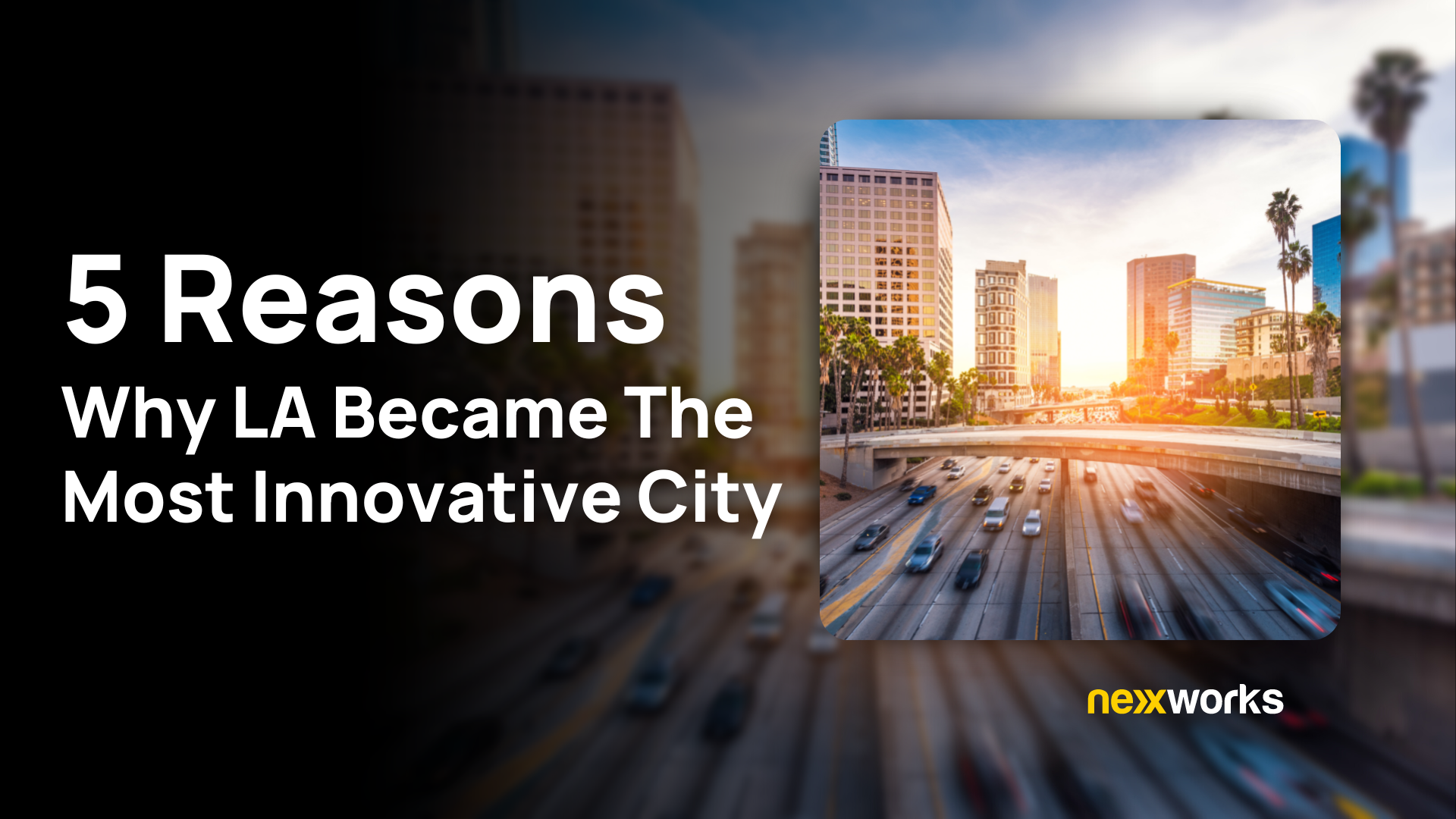 I recently came across a mainstream media article entitled: billions pour into LA as it gears up to be the next Silicon Valley.

It’s true, billions are pouring into the city and there is a vast amount of innovation, however I don’t agree with the second part of the statement: Los Angeles isn’t the ‘next Silicon Valley’ it’s very different and there are a number of reasons for that.

When we talk about Innovation, it is usually synonymous with startup ecosystems and doesn’t belong to one city alone. Silicon Valley is renowned at the origin of big tech that has radically changed our lives and the ‘Start Up Nation’ of Israel has more startups and Venture Capitalists per capita than any other country; London’s cultural diversity and proximity to mainland Europe has led to the creation of ‘Silicon Roundabout’; and there are hubs in Detroit, Seattle and many other cities.

Here we are specifically looking at the USA’s most innovative city, certainly the city with the most startups being created each month. The Los Angeles startup ecosystem has developed swiftly and it’s getting to grips with becoming a major force of tech influence.

But the most interesting part of this swift development is that this has happened at the cross section with well established industries.

Hollywood’s storytelling roots have intertwined with technology to become the largest video and VR hub in the world. In turn new social media influencers, who have larger and more loyal followings than traditional celebrities, are acting like publishers and attracting bigger and bigger ad budgets. Media giants are innovating with new business models and lines are blurring between traditional studios such as Disney and Dreamworks, and new well funded entrants such as WndrCo and Vertical Networks. In fact the media & entertainment business brings a staggering $161bn to the economy.

Aside from Hollywood, Los Angeles has a history of innovation in other industries such as space exploration. It is home to NASAs R&D centre, the Jet Propulsion Laboratory, Northrup Grumman's 110-acre campus housing their most innovative and influential aerospace designs, and of course SpaceX which occasionally delights the city's residents with an unannounced spaceship launches (causing comical UFO speculations across social media).

Los Angeles is the number one manufacturing center in the US, it has a vast leisure & tourism (with 29.4 million hotel nights sold) and we haven’t even touched on other successful companies that originated in Los Angeles in recent years - such as Bird, the fastest company to reach a billion dollar valuation, Snapchat, Riot Games and Dollar Shave Club.

Historically much of the VC money has been in Silicon Valley but again, this is shifting. There are now 104 VC firms in Los Angeles. There are also 33 accelerators, 43 incubators and 73 co-working spaces that support the 1,145+ startups that call Los Angeles their home. In 2017 alone 300 of these companies were funded, and another 80 had exits to larger companies.

In fact now Los Angeles is the fast growing startup ecosystem in the US, with the highest US rate of the adult population starting a new business each month.

For years business executives from all over the world have been taking pilgrimages to Silicon Valley to try and understand the basis for the innovation that has developed there. In recent years the interest has shifted to Los Angeles.

As the leading West Coast agency developing innovation study tours we have been spending more time with executives discussing industries in Los Angeles and what can be learned from them. Whilst nothing beats the face-to-face conversations with founders and CEOs to demystify the secret sauce that makes innovative companies tick here are some general observations about what has created the incredible ecosystem in Los Angeles:

Los Angeles is more diverse than many other cities, and particularly more so than Silicon Valley. There is even a joke that no one actually comes from Los Angeles. Over 200 languages are spoken by the 10m+ inhabitants and because there isn’t a dominating demographic, the rich cultural diversity is reflected in the creativity of the products and services that are being forged. As Richard Branson, one of the world's most famous Entrepreneurs puts it: “The most talented, thought-provoking, game-changing people are never ‘normal’.”

According to LA-based Patrick Soon-Shiong, billionaire surgeon and entrepreneur: "There is a lot of cutting-edge technology going on in LA. With UCLA, USC, CalTech, the Jet Propulsion Lab, the talent here is amazing." In fact there are 113 universities in Los Angeles producing 1.3million college graduates.

Los Angeles has an exceptional standard of living (as long as you manage to avoid commuter traffic!). With miles of white sandy beaches, proximity to hills & mountains, residents are able to take advantage of the 274 days of sunshine . It’s is also arguably cheaper than Northern California’s Silicon Valley where home ownership is double that of its Southern counterpart. In fact the cost of living in San Francisco is 56.2% more expensive than Los Angeles.

Last but not least it is worth noting that historically capital has not been as easy to come by in Los Angeles. This in turn means that companies based there have had to be pragmatic. Less start up capital forces companies to get to profitability much more quickly. This may change as more VCs see the potential and growth is exponential, but for now the mindset of reaching profitability as quickly and efficiently as possible is no bad thing.

Los Angeles is a city that is known for reinvention, constantly re evaluating itself and aiming higher. It has a knack for recognising its past, building on strengths and looking to the future, becoming more resilient and more energised by what’s gone before. No wonder this is the place next generation companies are being born: the city of angels, where dreams are made.

This article by Jodie Hopperton is a repost from the Innov8rs blog. Jodie Hopperton is a British Executive based in Los Angeles and the author of ‘Los Angeles Reinvented: why innovators are moving south of Silicon Valley to the booming home of Hollywood’. As Founder of FORE, she specializes in helping executives navigate the Californian ecosystem providing unparalleled insight to technology and audience shifts by connecting and collaborating with technology pioneers. Jodie’s career spans more than 15 years and multiple countries. Her extensive experience includes working with technology startups in addition to roles such as Director EMEA, Syndication and Licensing, New York Times, & Consultant COO, Global Editors Network. 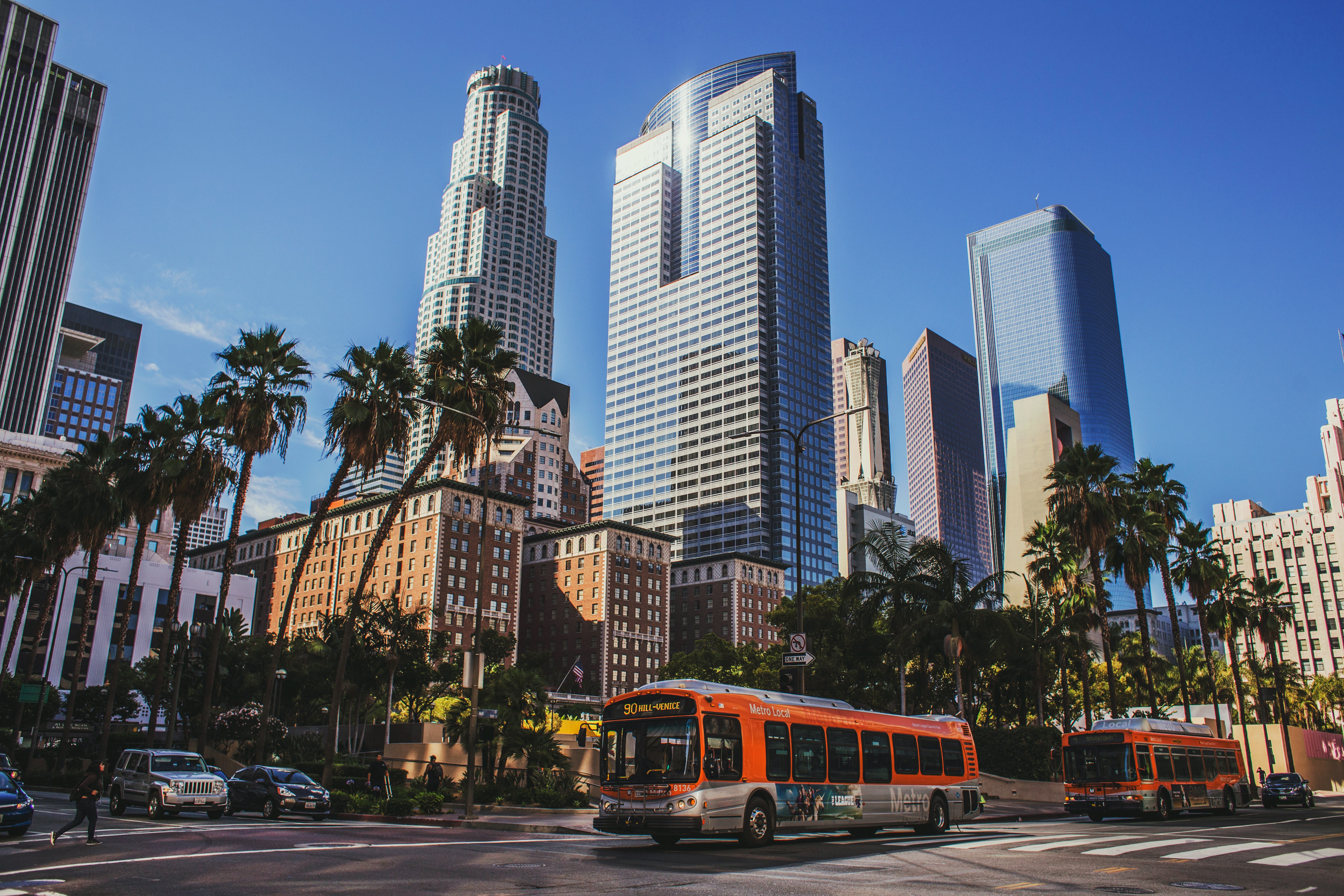 05.03 -> 10.03 - 2023
Los Angeles
Get front row access to the latest scoop and new upcoming experiences, bundled into a monthly newsletter
Thank you! Your submission has been received!
Oops! Something went wrong while submitting the form.