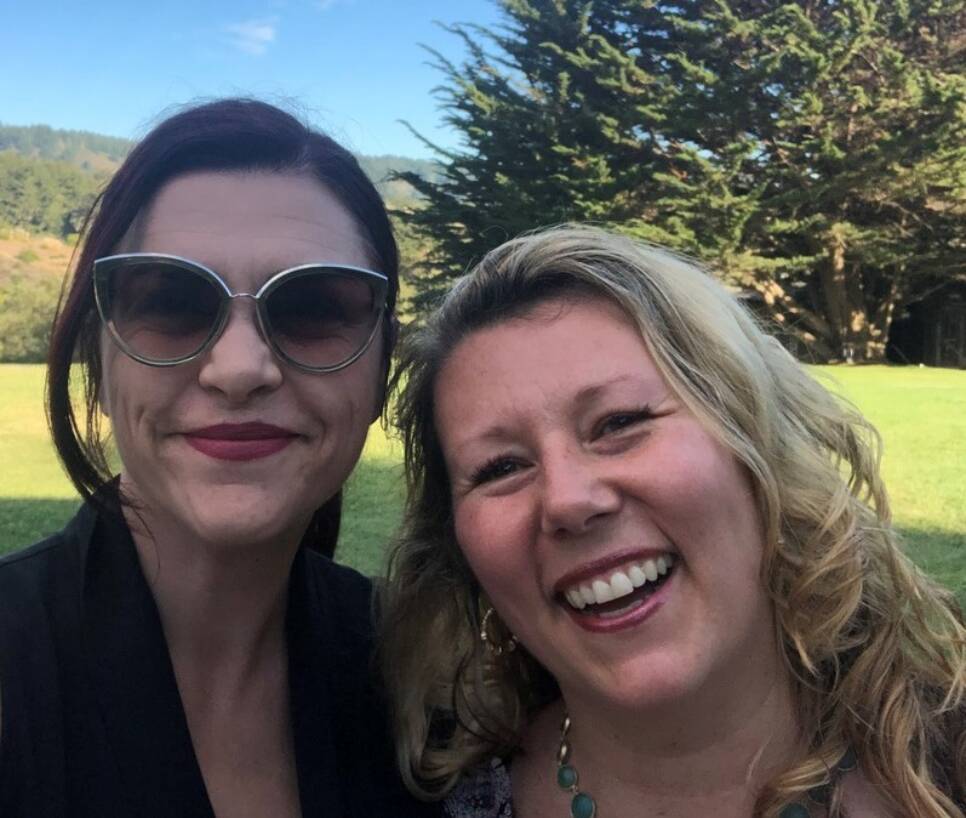 I had a great time interviewing corporate innovators, founders of Catalyst Constellations and authors of bestseller “Move Fast. Break Shit. Burn Out.” Shannon Lucas and Tracey Lovejoy for our nexxworks Innovation Talks podcast. What follows are 5 key pieces of their advice as a sneak peek to our interview, but I highly recommend listening to the full episode. It’s not every day one has the occasion to listen to two top corporate innovators with so much experience at companies like Microsoft, Edelman, Cisco, Ericsson, Vodafone etc:

1. Innovation stands or falls with self-awareness and empathy

This could very well be one of the most overlooked aspects of innovation. When people talk about closing the gap between the emerging business and innovators on the one hand and the existing business on the other, they often refer to better integration and communication. And though these are crucial, they will remain moot if all parties do not have the level of self-awareness and empathy needed for the bridging to happen.

“Self-awareness is foundational, both for the corporate innovator and for the executive sponsor”, explained Shannon. “Innovators, and especially Catalysts, have to realize that they often think, work and act a lot faster than most and that change is scary for most of their colleagues, even though they themselves thrive in it.” Their presence can be intimidating and even threatening to others and if they are aware of this and act upon that, there will be a lot less tension in their relationships with those who are involved in ‘running the machine’ of a company. Which is especially important if you realize that companies are built and structured for status quo and homeostasis.

Basically, innovators need to slow down and foster empathy for others. The same goes for the other parties: if they are more self-aware and respect and honour the differences too, the conversation will be very different.

2. Not all innovators are created equal and that’s a good thing

A common misconception is that there is just one type of innovator or that the creative, the inventor or even the inspirator are the most important profiles in innovation. “It’s important to chase diversity on many levels in your team, if you want innovation to work”, explained Shannon. “Depending on what you want to achieve, you need igniters, superconnectors, domain experts, evangelists, Catalysts and finishers.”

Chase cultural and cognitive diversity but don’t forget the other, less obvious types as well. For instance: if a new Head of Innovation hires an entirely new team of innovators that’s just a disaster waiting to happen. It’s just as important to have someone there who knows the company through and through and understands its history. The golden rule is that too much of one thing is never good.

3. Find the glue to hold your innovation ecosystem together

High diversity may be a fantastic trigger for innovation, but it also poses a challenge. The more differences there are in talent, language, character, experience etc., the bigger the possibility of miscommunication. That’s why, when working at Vodafone, Shannon created some sort of shared methodology for her innovation champions: “we developed a shared view about what we were trying to accomplish; a shared language, shared tools and resources, so that when we needed the resources across the organization or wanted to amplify it from one country out globally, everyone understood at least that foundation of how we were all supposed to work together.”

This need for commonality is not just true inside the innovation team, it’s just as relevant for bridging the different stakeholders inside the organization who tend the want the exact opposite: the innovators who continuously drive for change and those who work to protect and boost the existing business. “Talking about shared goals is such an important part whenever you experience resistance”, explained Tracey. “If you can stop and say “Hey, do we agree that we want to get to the same place, then the differences we have, can begin to melt away. That’s the point where you can talk about where you disagree on how you achieve that shared end goal and you can have constructive ‘conflict’ rather than it being personal.”

Shannon used to organize co-creation tours (to find that common purpose with everyone involved) and then several feedback tours to check if the final goal was still within the limits of everyone’s agreement: “It sounds laborious, particularly for fast thinkers and movers like Catalysts. But it actually is faster and makes us more successful because we just have a really deep alignment.

4. Innovation is a network, not an ivory tower

Tracey mentioned a ‘classic’ Harvard Business Review article that talks about the need for networks to successfully bring change into organizations: “if you are aiming to create a really radical, divergent change, you will need to create networks that bridge the different teams involved. You will need to find and engage influencers and advocates and executive champions to make your innovation endeavours a success.

Building networks is not just essential for innovation success, it’s just as important for reasons of ‘boring’ efficiency. “The most foundational thing is cultivating the community”, explained Tracey. “At Catalyst Constellations, we're big believers in group wisdom. And if someone has already solved that problem somewhere else in the world, particularly with a large organization, you don't have to reinvent the wheel over and over again.” She also pointed to the importance of going far and wide in the organization: “make sure you collaborate with legal, HR, marketing etc. because, as you're driving the creation process, you're going to need support from all of those teams. Just as an example, you could help the lawyers to lean into new intellectual property (IP) arrangements.”

Creating a psychologically safe environment is one of the biggest drivers of successful innovation. What is true for the success of all teams working together - as Google’s project Aristotle pointed out - is especially true for those people who are continuously swimming against the current of the organization and organizing experiments that (as is the case with all experiments) might fail.

Just as a sidenote, for those who don’t know about Google’s project Aristotle: it was created to find out what defines a successful team and below are the key ingredients they came up with. The researchers found that what really mattered was less about who is on the team, and more about how the team worked together:

“Innovators and Catalysts often face adversity in business. Not only can their divergent ideas get attacked - which comes as a shock to them because feel they just did what they were asked me to do, following the data - but the innovators themselves also often get attacked” explained Shannon. So there is a lot of frustration and even possible trauma in the journey of innovators if there is no psychological safety. “What the innovator is actually experiencing”, added Tracey, “is a fear for their livelihood, kind of a basic survival that throws us into fight or flight.” A psychologically safe environment is not just important for the wellbeing of your innovators - which are a lot more prone to burn-out just because they are so often confronted with a hostile environment that questions their competence - and the success of the team, it’s also essential for those who want to keep their innovation talent.

For companies to survive and thrive in our intensified VUCA reality, they are going to need to identify and support their VUCA ready employees. These high potential individuals will be actively looking for organizations who have the capacity to support them. Hopefully your company will be ready.

If you want more inside tips from highly experienced corporate innovators and Catalysts, don’t forget to listen to the entire podcast conversation on Spotify or join Shannon on February 9th - together with Laëtitia Vitaud - in our free webinar on the future of the individual: