Organizing for the Day After Tomorrow - Part 2. We are living in a network-based world. A place that is governed and accelerated by information. It’s a world where time... 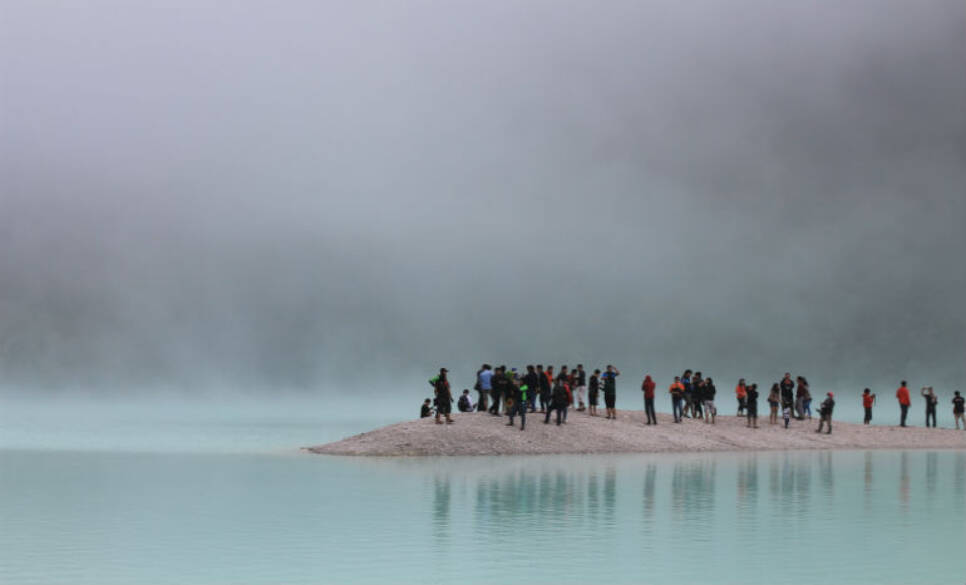 I believe the real culprit is the clock speed of those companies, and the impact this has on their long term cognition. Their clock speed still matches the pace of yesterday while the market has begun skyrocketing. In a slowly evolving environment, you can afford to look no further than tomorrow. But at the speed we are moving, we have to look further ahead. A lot further. That’s why I always tell companies to look at their Day After Tomorrow (DAT). We have to invest in radical change if we want to arrive in the future in one piece. The reason is value. The small percentage of “Day After Tomorrow” ideas, concepts or inspiration, can generate enormous amounts of long-term value for our company and our people.

But the question is “How?” How can I be stable enough to live through today and tomorrow yet fast and radical enough to make it to this mythical “Day After Tomorrow”?

One Size Fits None

I’ll have to disappoint you first. There is no silver bullet. There is no magical “one size fits all” solution. The truth is that there are as many methods as there are companies. Because of all the variables. What works – or does not work – depends on your business culture, how big your company is, where it is located, your headquarters, your management, your organizational structure, your competitors, your brand image and every last building block of the ecosystem that your company is. So no. No silver bullet.

I have traveled to innovation hubs all over the world and had the pleasure and honor to talk to some of the most radical innovators – both in disruptive startups and large pioneering companies – out there. Many of the latter successfully accomplished infusing radical thinking in organizations that have a large and complex structure and an old-school type of management. So I want to share some of their stories and methods with you in the coming months.

When Separation Rhymes With Innovation

This time I want to zoom in on how some companies protect their radical innovation in a separate silo. This might seem counter-intuitive at first. Most of us have been brought up to believe that organizational silos are dangerous. And they are, most of the time. But creating some distance and separation is merely healthy common sense in this case. Just to make sure that Management does not suffocate the efforts that might seem threatening to them from a short-term point of view.

How Not To Do It – The Heartbreaking Case Of Xerox PARC

Magnificent. But tragic. Because Xerox made one mistake. A big mistake. It isolated PARC just too much. Geographically, culturally and commercially. So much so that it became disconnected. PARC was too far removed from the mothership’s core activities. And that is why Xerox never commercialized any of its brilliant and earth-shattering creations. Truly tragic. It took a genius like Steve Jobs to realize what PARC had been creating in Palo Alto. After the Apple IPO, he invited himself for 3 days to look at what its developers had concocted. He touched everything. Talked to everyone. And then hired 70% of the people who helped him make the Mac. The rest is history.

No silver bullet indeed. Because where Xerox failed in Remote Silo Innovation (RSI), others have been tremendously successful at it. One of my favorite examples is Johnson & Johnson, one of the world’s biggest healthcare companies. Like Xerox, it is headquartered in the U.S.: on the east coast, in New Jersey. But its innovation labs are safely tucked away in La Jolla, San Diego, where its brilliant Head of Innovation Diego Miralles was, until recently (he just became President of Adaptive Therapeutics), running a team of about 200 people whose sole purpose was (and probably still is) to focus on the “Day After Tomorrow.”

Diego once jokingly told me that he would probably have been spending 95% of his time on corporate politics, had his team been located near the headquarters of his company. But he was lucky enough to be 3 time zones away; at a distance of a five-hour plane journey. This distance empowered him to focus exclusively on the DAT. It meant that – thanks to the power and investments of the J & J brand, but without being held back – Diego was capable of creating things that were groundbreaking, radically pioneering and capable of really reinventing his organization. He truly helped put J & J on the map.

Isolating your DAT-efforts in a separate unit inside your company is a good idea. But make sure you do not disconnect the entity. If it’s too far removed – like PARC was from Xerox – it can backfire. Remote Silo Innovation is just one of the many methods others have used to successfully inject radical innovation into their more traditional company, though. It worked like magic for J & J, but it might not work for you. But stick with me for the coming weeks and you might see something that fits your company like a glove. Or not. But whatever you do, make sure you keep looking far ahead. Think telescope, not binocular. Like Musk does, when he’s looking at Mars. Think Day After Tomorrow, not Tomorrow. And dare to be radical.

Like to find out if nexxworks can help your organisation find the right innovation model? Contact hello@nexxworks.com.

This article is part of a series called "Organizing for the Day After Tomorrow". Read part 1 and stay tuned for the next parts in the coming weeks!