Why you need connections, trust, hustle & relevance in The Day After Tomorrow

What I learned at Fuel 18 Yesterday, the nexxworks crew attended Fuel – the one-day event that has the mission to put the (Belgian media) world years ahead. It’s been... 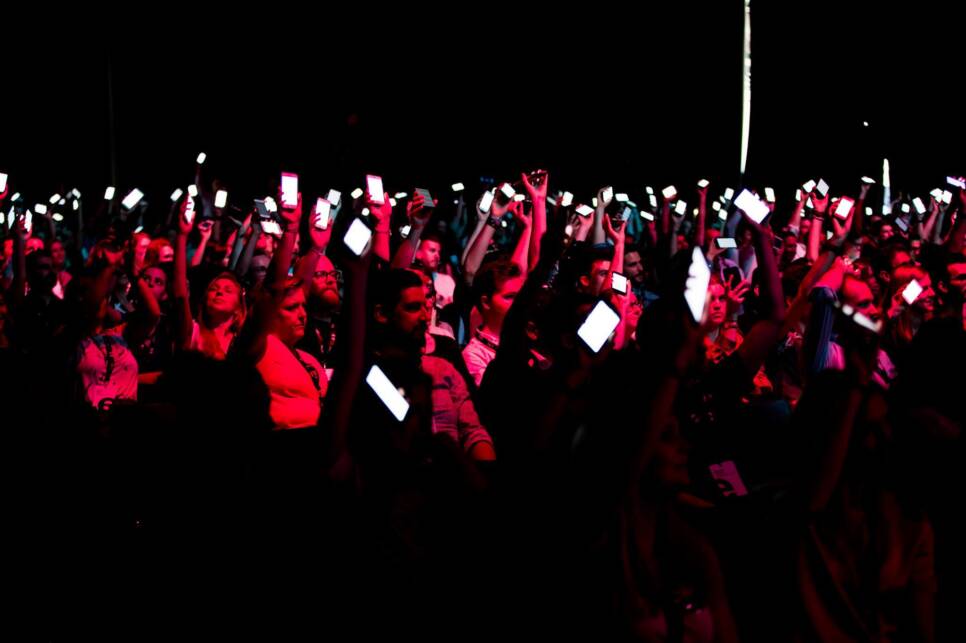 So yes, it’s about the same 4 words. But that technology cocktail is heating things up like never before. As refreshing, tasty and sweet it might taste, you better keep your inspiration levels up and focus on what you want to build with the ingredients in the fridge.

Let me take you through them.

We’ve seen business models shift from ownership to access in today’s sharing economy. Material ownership is losing relevance fast; however, connectedness keeps gaining in importance. People need stories to tell. As Ian Forrester pointed out: ‘Stories will never die, but the ways we tell them are changing’. Simon de la Rouviere, a blockchain developer at Consensys and founder of Ujo music alluded to the same need: people will always continue to look for another sign of their connection to a product, service or artist (in his case). Blockchain technology enables us to create a new way of relating to that artist. A direct one.

Blockchain is not the only technology enabling that connection. Ian Forrester destroyed some pillows of comfort by talking about ‘variations’ instead of ‘versions’ of stories. At the BBC, Ian is working on personalized content. This means that one video might have an enormous amount of slightly different versions, depending on the audience it’s designed for. For the audience of one - you - their technology builds a version with different music, lighting, pace, gender, …you name it. I saw the audience become a little worried when Ian put it in the room so directly, but Dietmar Dahmen actually already told us about the same thing. This is what’s needed to be done anyway: ‘In a world where global platforms are the new powerhouses, the only thing we can differentiate and compete on in the customer journey, is the customer experience’. The way you connect with your customer, will still be the one thing he or she remembers. ‘Quite a challenge, now that Amazon killed the customer experience of a classic path to purchase.’  Rana June ended the day confirming: why don’t we use our human emotions, build empathy, when we design a customer experience? Her customers at Lightwave refer to emotions as the currency of experience.

Technology enabled us to scale connections. ‘The internet’ made us connect globally and yes, even the US government is now up to speed about some company called Facebook that would like to connect the world. We’ve all seen and read how that turned out. As painful as it was, it did propel the issue of trust to the center of the discussion. Peter Hinssen argues: if we don’t fix the issue of trust, we have a big problem’. Dietmar Dahmen told us at the start of the conference: ’Cities used to be the big powerhouses, now platforms are. It implied a shift from regional to global, from physical to virtual exchange, from central control to self-control’. This paradigm shift requires trust and reputation, something which the internet which unleashed the information revolution cannot accommodate, but something that blockchain technology actually can. It’s sad that instead of experimenting with this technology to build trust, every single business in Europe is worrying about GDPR. A legislation that focuses on limiting connections, punishing experiments and starting from the very idea of mistrust. Jens Mortier’s argument to at least think of how you can decentralize yourself and your business, seems very distant from this GDPR Shit of Today.

But why is it so hard to nail all these technologies down and mix a balanced ‘Dark & Stormy’ cocktail out of our shakers? Caterina Rindi was one of the best at naming the elephant in the room: it’s just a whole lot of work. She referred to her dress with the very first piece of blockchain code on it. Simon de la Rouvière pointed out that he could work on Ujo Music, simply because he has a development job that pays his bills. Both show us the reality of the day: the blockchain technology is still about coding. A lot of coding. Did you read Chaos Monkeys by Antonia Garcia Martinez? Then you realize how many engineers are coding at Facebook every single day. Then you know, we need another army of coders to actually fuel blockchain technology up to its critical level before it will break through.

Perseverance, persistence, hustle. Dietmar Dahmen shared a superhero themed slide deck and made things very simple: ‘You need to be SUPER, but not in everything’. It made me think of Brian Solis, who says the same in this video: you need to choose which experience you want to build first. ‘Define the task. Get what, and who you need to get it done’, Dietmar concluded.

And yes. Then we also had the pleasure of being inspired by one of the most renowned YouTube stars in the world: the one and only Casey Neistat. Without a doubt, the most successful guy in the room. The one guy, that absolutely did not talk about technology. He talked about emotions. Hustling. Evolution. Focus. Dreaming. His success is the best argument on why my 4 key words of the day are not revolutionary and that they will even remain universal in the future. They relate to humanity. Casey’s success is about following his passion and about experimenting towards a new future, written on an un-ruled path.

He makes it count. His videos and actions simply summarize what we are talking about all day here, but he bloody does it.

Why did Casey succeed? He didn’t get distracted by tech cocktails, nor did he suffer mass platform distraction or material ownership craving. He focused his attention on what mattered to him. To his story, his voice, his creations. He created by following his own passions and beliefs, by being authentic and he connected those to audiences that related to his tone of voice. Is it essential to everyone? Probably not. Is it relevant to make it count? I’ll leave that up to you to decide.

Fuel reminded me that connections, trust, hustle and relevance are the 4 basic flavors every dish or every cocktail needs in order to be balanced and tasty. However comforting that framework is, ingredients and species evolve. If you don’t keep an eye on that, if you don’t start to foster the technologies that will define the future, you won’t be cooking much.