Technology is taking a giant leap forward. We are just starting to see the possibilities emerge but the prospect of a fusion between people and technology is becoming more real... 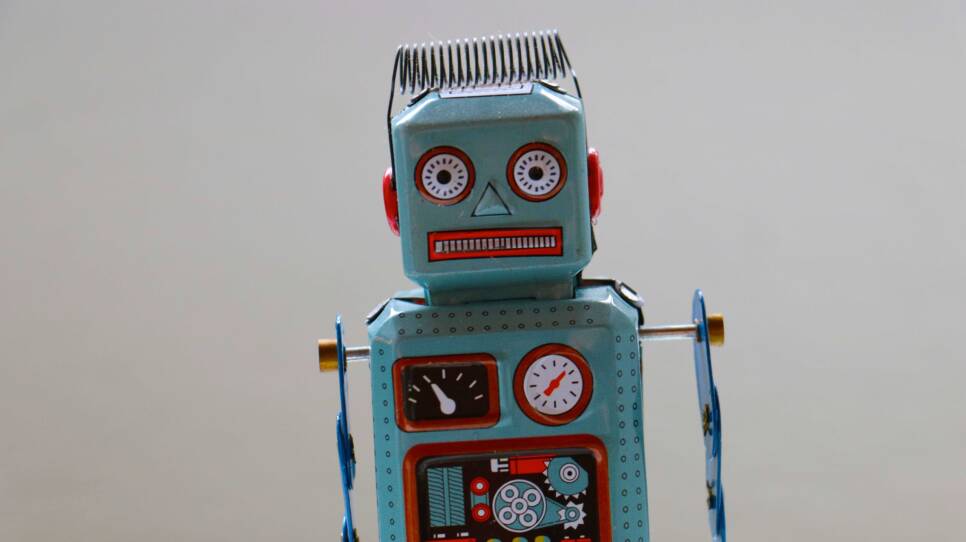 Just recently, I finally managed to finish a book that had been on my reading list for far too long. Titled “Origin”, Dan Brown’s latest book (spoiler alert) features a billionaire and futurist who predicts that by 2050, humanity will be entirely absorbed by a newer species: technology. According to the futurist in the book, humans and technology will melt together and become superhumans.

While it may sound surprising to look at technology as a whole new species, it actually makes sense. It was Kevin Kelly who came up with the idea that technology, just like “living species”, is evolving and is becoming better and more adapted to its environment every day. Technology that cannot adapt fast enough (Nokia anyone?) dies and is being replaced by a better new “species”. He calls this new species “the technium”, a species created by mankind and destined to become part of everyday life.

Today, we are at a moment in time where technology is taking a giant leap forward. The processing power available today has enabled new applications in AI that could change how we work and live forever. We are just starting to see the beginning of the possibilities but the prospect of a merger between people and technology is not too farfetched.

The proof of the pudding is in the eating and currently, people are eating more pudding than ever. Like a trojan horse, technology is silently entering our lives and making us more and more dependent on it. We use our smartphones to find our way, remember our schedule, communicate, access knowledge and so much more. Right now, it’s just a device sitting in our pocket, but we’re always connected and it’s always there.

With the rise of the smart assistants, we are even becoming more dependent on technology. Whether they’re called Siri, Alexa, Cortana or Google assistant, AI assistants are starting to help us with everyday tasks. Alexa tells me where the traffic jams are, how my schedule for the day looks and she can order me new furniture should I ask her to do so. With the inclusion of these assistants in wearables like smart watches, smart rings and even bone conducting smart glasses, AI assistants are becoming part of who we are and what we do. In the near future, we’ll use these smart assistants for everything.

At the same time, we’re seeing a multitude of advances in healthcare that take things even further. What once started as a movement to replace or repair “missing body parts”, is quickly turning into so-called human enhancement. Humm is making a headband that improves concentration, scientists of the university of Southern California have developed a chip that improves the human memory and bio-harnesses are already popping up in environments where heavy-lifting is common. In a way, we are already using technology to improve ourselves and with advancements in CRISPR-technology around the corner, altering the human genome to create superhumans is becoming easier than ever.

The advantages? We’ll be able to check our health just as effortlessly as checking a message on our phone. Bio-implants could be used to treat Parkinson and even autism. Nanobots will help us to spread medicine in our bodies and CRISPR could be used to cure genetic diseases.

Once we start merging these medical advancements with the advancements made in AI and smart assistants, the chance is real that people and technology become one. The impact on our identity and society is not to be underestimated though.

First, there will be the believers that implement new technology and upgrade themselves to become better. Secondly, we will see people who refuse to change and stay at the same skill level throughout their entire lives.

Just like with the rise of smartphones (and earlier PC’s), people who are not up for change will stay behind. Initially, that won’t be a problem. Today, people that cannot work with a PC, can still function perfectly well in our society. In fact, 169 million Europeans between 16 and 74 years – 44% – do not have basic digital skills. With payments, taxes, shopping and other services going digital, that could become more difficult in the long term.

There’s still plenty of time to think about the consequences but it’s clear that we will have to be prepared for Human 2.0. The next step in human evolution is one that shouldn’t be feared but looked at with great attention.