"It is absurd that 'renowned' experts assert that driverless cars are still decades away. It's happening right now!": nexxworks Partner Rik Vera talks about the future of mobility. 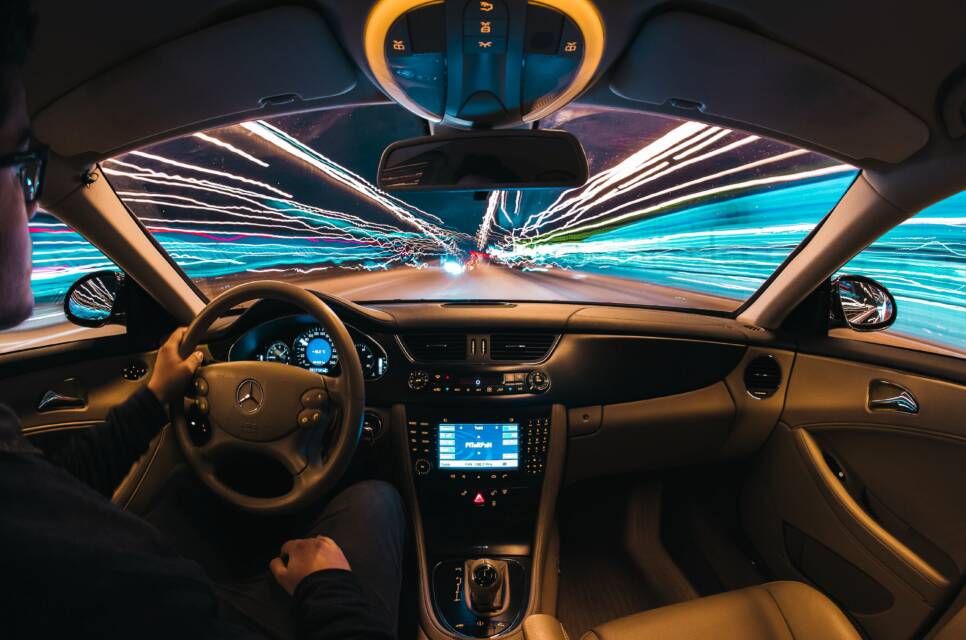 A new internet-moment, but even bigger than last time

“As long ago as 1995, nexxworks founder Peter Hinssen was giving lectures on the role that the internet was about to play in business. Even so, at the time, business managers could barely imagine what the Internet Age would ultimately mean. If you were to take away the internet today, the world would simply snap. In actual fact, the digital revolution occurred quite slowly,” argues Rik. “Can you imagine what would happen if changes were to occur at an exponentially fast rate? Well, that’s the era that’s just starting,” he says.

"Twenty years ago, people could not contemplate what the coming of the internet would mean to them. But take away the internet today, and the world would simply snap."

“We’re now on the eve of a new internet-moment where robotics, AI and big data are key. The big question is: who will emerge, this time around, as the star performers? The consequences will make themselves felt, especially in the automotive sector” says Rik. “Make no mistake, the sweeping changes within the automotive sector will also have far-reaching effects in many other sectors. Think, for example, of banks, insurance companies, public transport, town planning, multi-story car parks,... That’s precisely why I’m so fascinated by the changes within the automotive sector,” Rik explains. “These days, the whole world revolves around the car. People have grown so used to it that they don’t see a dramatic change coming in that area, or just blank it out (not wishing it to happen). The same reaction can be seen among the players on the Belgian market, few of them are adapting their production to reflect the future of mobility; they simply carry on in the same groove. But that upheaval is coming, like it or not.”

"Make no mistake, the sweeping changes within the automotive sector will also have far-reaching effects in many other sectors. That's precisely why I'm so fascinated by them."

This is what - before long - will change

“Recently, I was in Silicon Valley with a group of automotive players from Belgium. All of them realized that something was about to happen in their market but that it wouldn’t get that bad,“Rik explains. “Well, I can assure you that after a week of being immersed in such an innovative world, they were all seized by panic as they realized that their market was about to be drastically altered. It was a real shock effect. When they saw how, in Silicon Valley, literally thousands of companies were already engaged in redesigning the car, as we know it today, and in developing automated service stations and tires specifically for robot drivers, then they realized that we’ve already landed in a phase where change could come as quick as lightning,” Rik explains. “They realized that it wasn’t yet too late to respond, but that they had to start building, as soon as possible, a business model for the ‘world of tomorrow’.”

"Tests with driverless cars on public roads are in full swing already, with no human backup. So asserting that the driverless car is still decades away, is sheer nonsense."

“Those evolutions, you see, are no longer a long way off, but just around the corner. All those startups will soon be putting those products on the market. A lot of work has gone into these. Furthermore, in the States, they are already testing these cars on public roads (by Uber and Waymo, for example), even though there’s no one behind the wheel who can take over control. So asserting that the driverless car is still decades away, is sheer nonsense.”

Forget diesel, the future is electric

“Bearing down on the automotive sector are three major changes which will happen in no time at all,” warns Rik Vera. “Firstly, that it’s crystal clear, by now, that e-vehicles have won the battle. If you don’t realize that yet, then you must have had your head in the sand these past few months. I’m confident that, by 2025, a significant proportion of the cars on our roads will be electric. What’s more, many of those vehicles already possess driverless capacities of some description. If, in five years from now, we look back at the automotive market, we won’t believe how radically that market has changed. Of that I’m absolutely convinced.”

“Just recently, Daimler (the parent company of Mercedes, among others) announced that it would be plowing 10 billion dollars into the manufacture of e-vehicles. Other manufacturers, like Volvo, will soon be making nothing but e-vehicles. Last but not least, almost every carmaker, by now, has a hybrid or a fully electric car in its offering. Not to mention the continuing success of Tesla. If that’s not an omen, then I don’t know what is.”

"If you don't realize that yet, then you must have had your head in the sand these past few months."

According to Rik, it's only a question of time before petrol- and diesel engines are definitely a thing of the past. Nonetheless, many people out there still laugh off that trend. "As was the case in the past," he recalls . "People used to point the finger at horses. The cities were dirty, stunk of horse manure and it was downright dangerous. Then too, there were numerous opinions - from very rational people too, for that matter - who held that the 'automatic horse' would never see the light of day and that it was far too complicated. The car, they alleged, would be far too dangerous, filling up would be time-consuming and towns weren't ready for it. Ironically enough, we're now hearing the very same arguments against the driverless car," said Rik Vera, laughing. "The car has become the 'new horse'."

“This doesn’t mean though that the ‘Jeremy Clarksons’ of this world should get worried. We’ll still be able to drive our cars, … just not on public roads anymore. Then again, a horse on a public road is an abnormality too these days. Most horse-riding is confined to riding schools or in fenced-off enclosures. No matter how absurd it may sound, I truly believe that the car awaits the same fate,” says Rik. “Just as with any major innovation, hordes of people give it little credence when the first tell-tale signs appear”

We won't be buying any more cars

“And the best of all? That, in the future, we’ll stop being owners of cars. All the more so when you consider that cars stand parked for 90% of the time and that we all get stuck, big time, in traffic jams. Furthermore, you have to find a car that appeals to you, arrange the financing, register, insure and service it. At the end of this love affair you also have to try and sell it. A car is a lot of work and very expensive, that’s the long and short of it”, concludes Rik. “Moreover, such a system offers little flexibility. Imagine you’re about to move house, well a larger vehicle would come in handy, wouldn’t it? Maybe you’ve planned an adventurous trip through rugged terrain, well then a 4x4 truck might be a better option. Well, in the future, you’ll be able to choose which vehicle you use and when. Simply call up the vehicle of your choosing via an app.

Leasing companies will no longer manage fleets of cars and the whole mobility market will increasingly trend to ‘Mobility-as-a-Service. ‘Fleetisation’ becomes the norm. The big question is which segment will reap the fruits of that? The carmakers, internet companies such as Google, Uber or Amazon, or will it be the leasing companies, after all? And what will be the effect on the operators of multi-story car parks and on personal mobility within our cities? We’re at a tipping point”, thinks Rik. “How far away is this evolution? Thousands of companies are racking their brains about that. But one thing is clear, they won’t be waiting around for decades before marketing their solutions.”

The automotive sector is set to implode

“One thing is clear: the emotional bond that we have, these days, with our car, will start to weaken. With some major consequences. If you know what’s afoot for the automotive sector, then it’s clear that the sector will implode.” says Rik. “We’ll no longer want to buy a car, cars will increasingly possess driverless capacities and we will want to use a different type of car for different occasions. That these circumstances pose a mammoth challenge for the carmakers is beyond dispute,” adds Rik. “It’s understandable that carmakers want to defer these evolutions as much as possible. As regards employment in Europe, a sudden collapse of the automotive sector would be disastrous.”

“But it needn’t pan out like that”, he continued. “Many positive changes are also surfacing from European companies that are gearing up for the future. Goodyear Luxembourg, for example, has developed tires that are no longer defined by the driving style of human drivers, but instead by that of robots. This leads to thinner tires with less rolling resistance, so that they have a much longer wear life. So when the driverless car finally hits our roads, Goodyear will already have a product waiting in the wings. That is the right way to think, which we – in Belgium too and the rest of Europe – must recognize,” Vera concluded.

This interview was created by Thomas Van den Elzen and first appeared on www.bloovi.be.