What Most Leaders Get Wrong About Culture 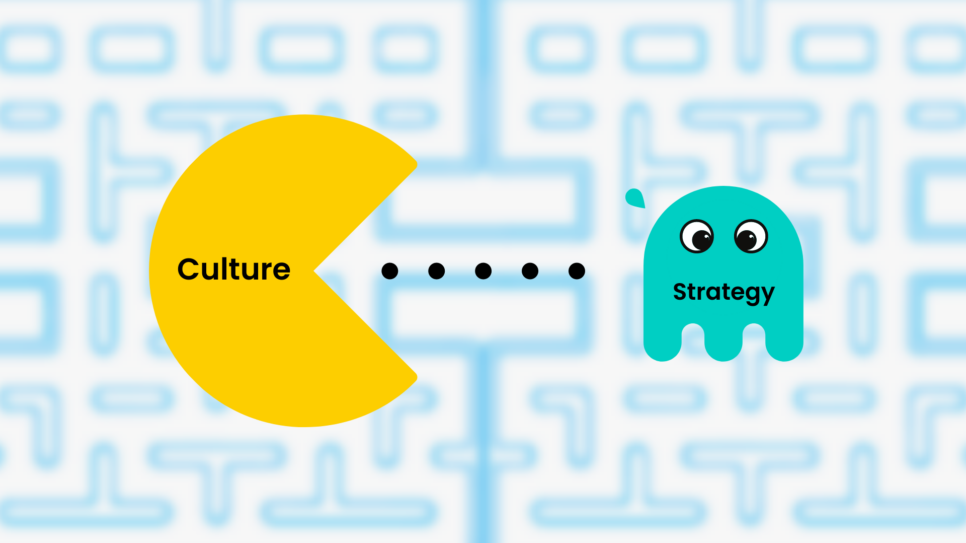 And maybe accounting and legal for lunch. I’ve never actually heard anyone try and complete that quote. And I’ve never really figured out why any leader would want strategy masticated by anything. Let alone culture.

But the idea behind the quote is that culture is paramount. The success or failure of an organization or team depends upon its culture—the norms and behaviors around how employees communicate and collaborate.

Most leaders agree that culture is hugely important. But that seems to be where the agreement stops. Many leaders disagree over exactly what culture is, why it is so important, or even what a healthy organizational culture looks like.

In this article, we’ll cover three assumptions most leaders get wrong about culture.

And that’s good news. The lack of uniqueness means that building a strong company culture requires merely following the pattern. It means that leaders put a unique spin on a trusted model of healthy culture. The research suggests that the model looks like this: most healthy cultures are marked by common understanding, psychological safety, and prosocial purpose. They may use different terms and may use different stories to highlight those elements. But few organizations build thriving cultures without teams that understand and collaborate well through psychological safety toward the purpose of helping others.

Culture Is About Artifacts

The second assumption leaders get wrong about culture is that it’s about artifacts. Ask what many leaders are doing to build culture and they’ll describe things that can be easily seen. They’ll talk about the foosball table or the quarterly celebrations. They’ll point to the mural of core values that they commissioned a local graffiti artist to put in the lobby. But researchers on organizational culture point out that these “artifacts” just scratch the surface, and that underneath what you can see lie a set of espoused values and shared basic assumptions. Those values and basic assumptions matter a lot more when we’re building and shaping a culture.

Consider the tech company famous for their culture and often described using merely artifacts: Google. For most of its history, Google has been known for the cultural artifact of having free food readily available to any employee of the company—and chef quality free food too. But just providing free food won’t create a Google-like company culture. Because underneath Google’s policy is the idea that people from diverse departments connect and trade ideas around food—it's why you’d be hard pressed to find a table at Google with only one or two chairs. The food serves to implement the value of collaboration and the shared assumption that when diverse thinkers trade ideas, the result makes everyone better.

Culture Is About The Company

The final assumption leaders get wrong about culture is that it’s about the company. After all, it’s most commonly referred to as company culture or organizational culture. And most culture experts and researchers examine culture at the organizational level. But if you think about most people’s experience of work, it’s shaped less by the culture of the entire organization and more by the culture of the team that they’re working on. We often hear the phrase “People don’t quit bad companies, they quit bad bosses.” In other words, the boss they have or the team they’re on influences their feelings about the company much more than a statement of core values or benefits and perks.

A better way to consider culture in organizations is as a set of concentric circles. A companywide culture is like the outer ring and depending on the size of the organization different departments and functions serve as middle rings—with an individual team the innermost ring of the culture. This means that senior leaders not only shape the overall culture, but must also train leaders at all levels to pay attention to how their actions align with or misalign with that culture.

Don’t just declare the elements of your company culture and hope managers fall in line; give managers the means to build a strong yet supportive team culture on their own.

Unless leaders get culture right, not a whole lot else goes right in the organization. And while none of these assumptions will cause a culture to go toxic immediately, misunderstanding what a positive culture looks like and how its built means leaving the eventual culture to chance. By contrast, getting these elements of culture right means building an environment of common understanding, psychological safety, and a prosocial purpose that helps everyone do their best work ever.

This piece was first published on David Burkus’ personal website.