What If The Future Of Work Starts With High School?

Future of Work Strategist Heather E. McGowan explains why we need a robust system of life-long learning that begins with a reimagined high school in order to establish a strong... 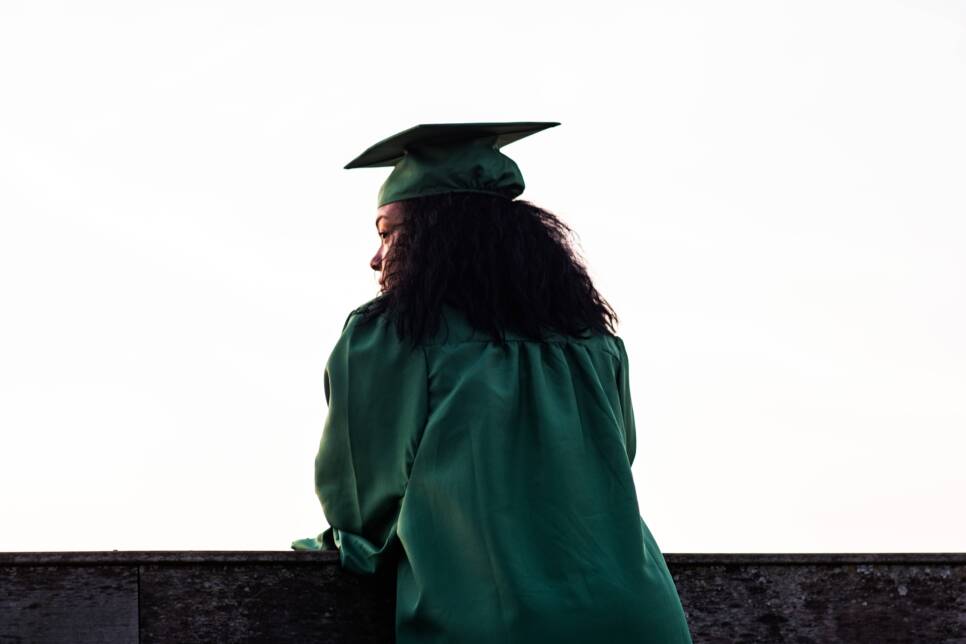 Nearly 100% of the jobs created during the economic recovery went to workers with postsecondary education training. That training really begins in high school. The work of the future will require a robust system of lifelong learning and high school may just be the fulcrum in that system, best positioned to make the necessary profound changes across the system.

Right now, the university degree is the new high school diploma. It is the best proxy we have, but it remains insufficient. Four out of five CEOs say that skills gaps in creativity and problem solving make hiring difficult and nearly half of job tasks may be lost to automation within the next two decades. While we have substantial technical skills gaps we also have a profound shortage of non-technical, uniquely human skills such as empathy, social intelligence, creativity, communication and judgment among others. The Georgetown Center on Education and the Workforce predicted that without changes to our postsecondary education system immediately, our economy will be short 5 million workers by 2020. This is not new information but our responses to these challenges are insufficient. Merely pushing more people on the existing factory pipeline through higher education is not working. Nor are efforts to retrain those displaced in short-term skill acquisition boot camps. We need to start thinking differently.

The first industrial revolution was steam, the second was electrification and mass production, and the third was the advent of computerized technologies and with it the automation of physical labor such as manufacturing. The fourth industrial revolution will be marked by many advances in many forms of technology but most notably the automation of cognitive labor. Anything mentally routine or predictable, no matter how cognitively intense, can and will be achieved by some form of technology. As a result, we need to think differently about what work humans best address and how we prepare them for that work.

The End of The Occupation Identity

We ask young children, “What do you want to be when you grow up?” and we ask university students to select their major prior to any higher education exploration or experiences. This line of questioning asks the individual to pick an aspirational future self based upon existing careers and to work towards realizing that static vision. Becoming that future self is a process of acquiring codified existing skills and knowledge. This worked in the past when occupations had so much durability that they spanned multiple generations and served as the basis of our surnames. According to research by the Foundation For Young Australians,in the developed world, today’s young people may have upwards of 17 jobs across five different industries in a single generation. Many of those jobs do not yet exist and those that do will be rapidly and radically reshaped by technology. We need to think differently about how we define ourselves beyond a one-time application of skills and knowledge in a single set career.

If the future of work includes 15 or more jobs per person—we must rethink how we define ourselves. This will require a shift from a set identity bestowed by external validation (degree, job title, company affiliation) and focused around the application of skills and knowledge at a moment in time to an identity formed from internal validation rooted in purpose, passion, uniquely human skills, and fundamental literacies. This new work mindset will require a heightened level of self -awareness about one’s ability and methods for learning, adaptation, and value creation. This is a shift from learning to do to learning in order to continuously learn and adapt. This is a shift from storing stocks of knowledge to working in flows of emerging knowledge with a trans-disciplinary mindset of human and technology collaboration. This is analogous to learning to master a single instrument versus learning to conduct an orchestra.

In order to learn and adapt for life one must have agency. Marina Gorbis from the Institute for the Future declared, “Once we close the digital divide, we will need to bridge the motivational divide.” Motivation starts with understanding one’s purpose and passion. As work will change at a frenetic pace, we need to think less about an existing role we will fill and more about directing our unique abilities towards emerging challenges to create new value.

High School As The Fulcrum To Impactful Change

Previously considered too late for intervention, new evidence from neurological science, as noted in Age of Opportunity: Lessons from the New Science of Adolescence, now suggests critical brain development occurs during the adolescent years. Further, while identity development occurs throughout one's lifetime, Age of Opportunity author Laurence Steinberg notes that adolescence is the first time that individuals contemplate how our identity may affect our lives. As the future of work requires an internally validated identity born of self-awareness and coupled with learning agility and adaptability, this all points to re-imaging high school.

Many have approached the challenge of rethinking high school and the imperative to do so continues to grow. There are a number of efforts now underway that look promising because they are not simply about what is taught but how. These efforts put the student at the center with the responsibility for his or her own learning.

In 2014, Salman Khan of the Khan Academy launched the experimental Khan Lab School(K-12) where students are organized by their executive function rather than their age. They move through competencies rather than seat time or tests, each student is responsible to teach as well as learn to reinforce their capabilities, and each student has a passion project in addition to their core competencies and teaching responsibilities. I visited this one room schoolhouse for the 21st century a year ago and I was struck by the energy and enthusiasm in the engaged students who were clearly in control of their own learning.

In 2015, XQ Institute launched XQ: The Super School Challenge. In the words of cofounder Russlynn Ali, “In the last 100 years we have gone from the typewriter to the touch screen and from the silent movie to virtual and augmented reality yet our high schools remain frozen in time. When we reviewed the considerable research that supports the potential impact of reimagining high school we put forth the challenge.” The challenge inspired students, teachers and other interested people from 4,000 communities to get involved, and XQ eventually received more than 700 proposals for new or redesigned high schools—leading XQ to make a funded series of seed investments in 10 (now 19) different types of innovative public high schools. (A full list of the schools can be found here.) Despite their differences, all 19 schools are grounded in common, research-based design principles for effective high schools—including a broader vision for student success that’s expressed by a holistic set of learner goals. The XQ Learner Goals include Foundational Knowledge, to place information in proper context; Fundamental Literacies, including digital and computational proficiencies, to navigate this complex new world; Generous Collaborators, to work in cross cultural and trans-disciplinary teams; and Original Thinkers to create new value while serving our world’s most pressing challenges, cognizant that all students must become Learners For Life.

XQ's mission is to fuel America’s collective creativity to transform high school so every student succeeds—no matter their race, gender or zip code. This past year XQ released High School and the Future of Work: A Guide for State Policymakers, a new guide to offer perspectives to state-level policy leaders both how to transform high schools and why it is essential for a changing workforce. In full disclosure, I provide a paid keynote at the XQ Annual Symposium last summer.

In Ohio, another interesting experiment is underway at the PAST Foundation. The PAST Foundation takes a different approach by being a place for experimentation outside the structure of school system. Founder Annalies Corbin describes the PAST Innovation Lab, which opened in 2016,“We opened the lab, an education R&D prototyping facility, so that we could specifically test the boundaries of the work/school interface. By fully embedding teaching and learning in industry R&D, startup and launch we saw exponential growth in students grasp of what is possible. Thus far, we have found when no longer constrained by the limits of traditional high school, students in the PAST lab excelled — they found the connections between industries and application, and they are able to contribute to solving real-world challenges in real time as full active members of design teams — our kids are only constrained by the limits of their own knowledge, which grows daily.” Annalies recently launched a podcast called Learning Unboxed to facilitate discussions on the future of work and rethinking education.

In the early 1900s, in order to create a workforce for the second industrial revolution, a "high school movement" was launched that transformed high school education from merely a preparation for the rare few who attended college or university to a necessary foundational education for all. This was recognized as our first wave of education. With the third industrial revolution, a second wave from 1960-1990 when we doubled the number of higher education institutions in the United States in response to the rising demand for skilled talent. Many consider what we need now is a third wave of education. Whatever we decide to call it,  to thrive in this fourth industrial revolution, where technology can assume many of our routine cognitive tasks, we need a robust system of life-long learning that begins with a reimagined high school to establish a strong foundation of learning agility and adaptability.

If you know of other experiments taking place to rethink high school, please tweet and share links to those efforts.

This piece first appeared on Forbes. 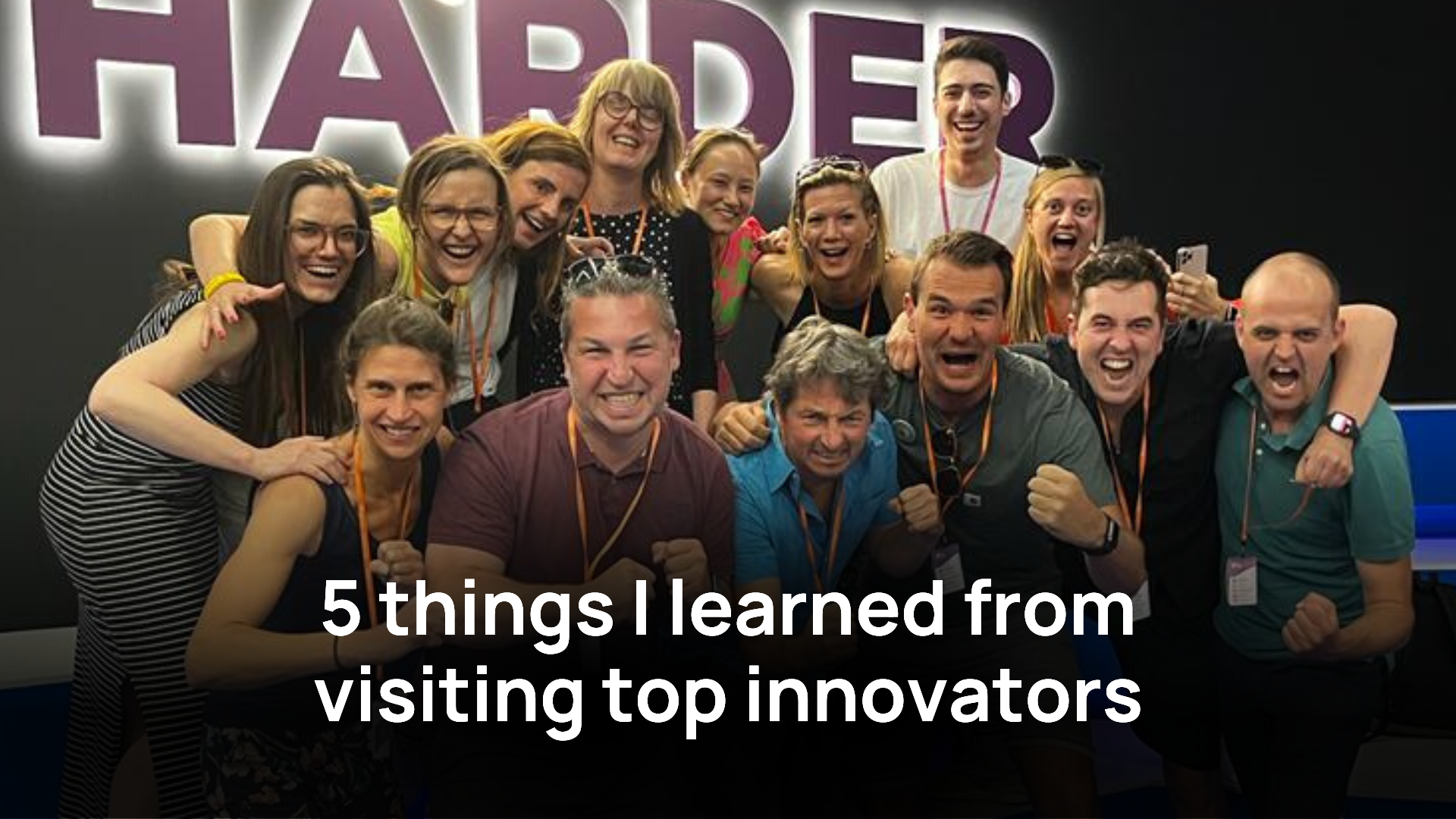