Competitive advantage can no longer be reduced to the sum of efficiencies in a value chain, but is embedded in webs of connections. It's an ecosystem-driven world. 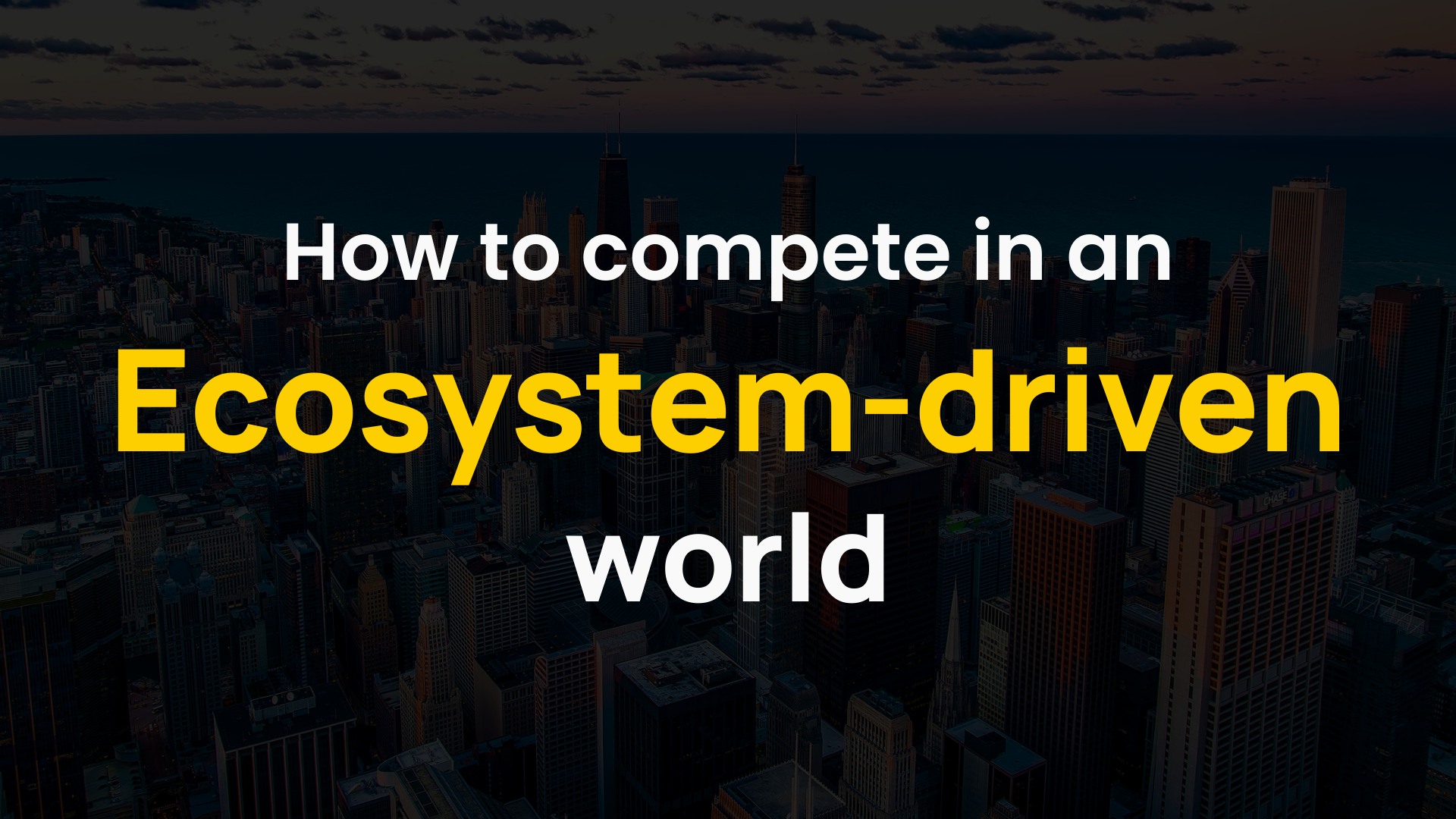 Yet as AnnaLee Saxenian explained in Regional Advantage, around the same time that Porter’s ideas were ascending among CEOs in the establishment industries on the east coast, a very different way of doing business was gaining steam in Silicon Valley. The firms there saw themselves not as isolated fiefdoms, but as part of a larger ecosystem.

Competitive advantage can no longer be reduced to the sum of efficiencies in a value chain, but is embedded in webs of connections. To compete in an ecosystem-driven world, Leaders need to do more than adapt how we deploy assets, we need to look at things differently. It is no longer enough to merely plan and direct action, we need to inspire and empower belief.

Shifting From “Compel And Control” To “Access And Empower”

In the 1920s Henry Ford built the almost completely vertically integrated River Rouge plant. Because the company had the ability to produce just about every facet of its product itself (the plant even had its own steel mill), it had tremendous control over the value chain, making it virtually immune to the bargaining power of suppliers.

However, as the industry matured, other companies began to specialize in particular components. Ford, unable to compete in so many directions, became integrated into the larger ecosystem. In fact, during the financial crisis in 2008, the company’s CEO, Alan Mulally, said this in testimony to Congress:

In particular, the collapse of one or both of our domestic competitors would threaten Ford because we have 80 percent overlap in supplier networks and nearly 25 percent of Ford’s top dealers also own GM and Chrysler franchises

In a value-chain-driven world, Ford would have welcomed its competitors’ demise. In an ecosystem-driven-world, however, their collapse would damage nodes that the company itself depended on. Clearly, the principles of competitive advantage have changed. Today your fate depends less on the assets and capabilities you control, than what you can access.

That, in essence, is why we need an ecosystem strategy. Control has become a dangerous illusion. It’s what led to the demise of the East Coast technology companies such as DEC and Data General that AnnaLee Saxenian wrote in her book. By seeking full control of their value chain, they cut off connection to important parts of the ecosystem. When the market and technology shifted, they were left on their own island.

It’s become so common for pundits to complain about organizational silos that few even think about what it means anymore. Why do silos form in the first place? Why do they persist? If silos are so egregious, why are they so common? And once we get rid of them, what takes their place? To “break down silos” and not ask these questions is just lazy thinking.

Silos aren’t necessarily a bad thing. Essentially, they are centers of excellence. It’s true that people who work closely together naturally form a working culture and tacit domain knowledge that can be hard for others to penetrate, but breaking those units apart can undermine the important work they do.

The truth is that you don’t want to break down silos, you want to connect them. What we need to learn is how to network our organizations to help silos become interoperable with other silos that have complementary resources and areas of areas of expertise. That, essentially, is what an ecosystem is, a network of interoperable networks.

Paradoxically, we need silos of excellence to provide value to the ecosystem in order to get value out. The best way to form a connection is to have something attractive that others want to connect to.

It’s become clear that no organization can survive focusing exclusively on capabilities it owns and controls. Today, we need to leverage platforms to access ecosystems of technology, talent and information from a variety of stakeholders, including customers, partners, vendors and open platforms. Yet, that is often easier said than done.

The truth is that while platforms offer enormous possibilities to scale, they also have deep vulnerabilities. Yes, platforms can help connect to capabilities and assets, but they are no substitute for a sound business model that creates, delivers and captures value. That was one problem with Uber, it created connection, but little else.

Organizations that successfully leverage platforms do so with silos of capability at the core. Amazon has leveraged decades of investment in building an unparalleled logistic capability to create a dominant commerce platform. In a similar way, IBM has leveraged its expertise in quantum computing to create a network of likeminded organizations. Corporate VC funds leverage industry expertise to access entrepreneurial innovation.

There are a number of ways even small firms can leverage platforms to access ecosystems. The Manufacturing USA Institutes cater to small and medium sized firms. Local universities are often overlooked resources to access deep expertise. Harley Owners Groups are a great example of how firms can leverage their own customer networks.

Strategy Is No Longer A Game Of Chess

Traditionally, strategy has been seen as a game of chess. Wise leaders survey the board of play, plan their moves carefully and execute flawlessly. That’s always been a fantasy, but it was close enough to reality to be helpful. Organizations could build up sustainable competitive advantage by painstakingly building up bargaining power within the value chain.

Yet as Rita Gunther McGrath has pointed out, it’s no longer as important to “learn to plan” as it is to “plan to learn.” Today, a better metaphor for strategy is an online role-playing game, where you bring you certain capabilities and assets and connect with others to go on quests and discover new things along the way.

Unlike chess, where everyone knows that they objective is to capture the opponent’s king, in today’s ecosystem-driven world the basis of competition is in continuous flux, so we cannot be absolutely sure of the objective when we start out, or even if our opponent is really an opponent and not a potential ally.

That’s why strategy today requires a more Bayesian approach in which we don’t expect to get things right as much as we hope to become less wrong over time. As I wrote in Harvard Business Review some years ago, “competitive advantage” is no longer the sum of all efficiencies, but the sum of all connections. Strategy, therefore, must be focused on deepening and widening networks of information, talent, partners, and consumers.”

Greg Satell is a transformation & change expert, international keynote speaker, and bestselling author of Cascades: How to Create a Movement that Drives Transformational Change. His previous effort, Mapping Innovation, was selected as one of the best business books of 2017. You can learn more about Greg on his website, GregSatell.com and follow him on Twitter @DigitalTonto

Need to overcome resistance to change? Sign up for the Adopting A Changemaker Mindset Course today!

This article first appeared on digitaltonto.com, read it here. 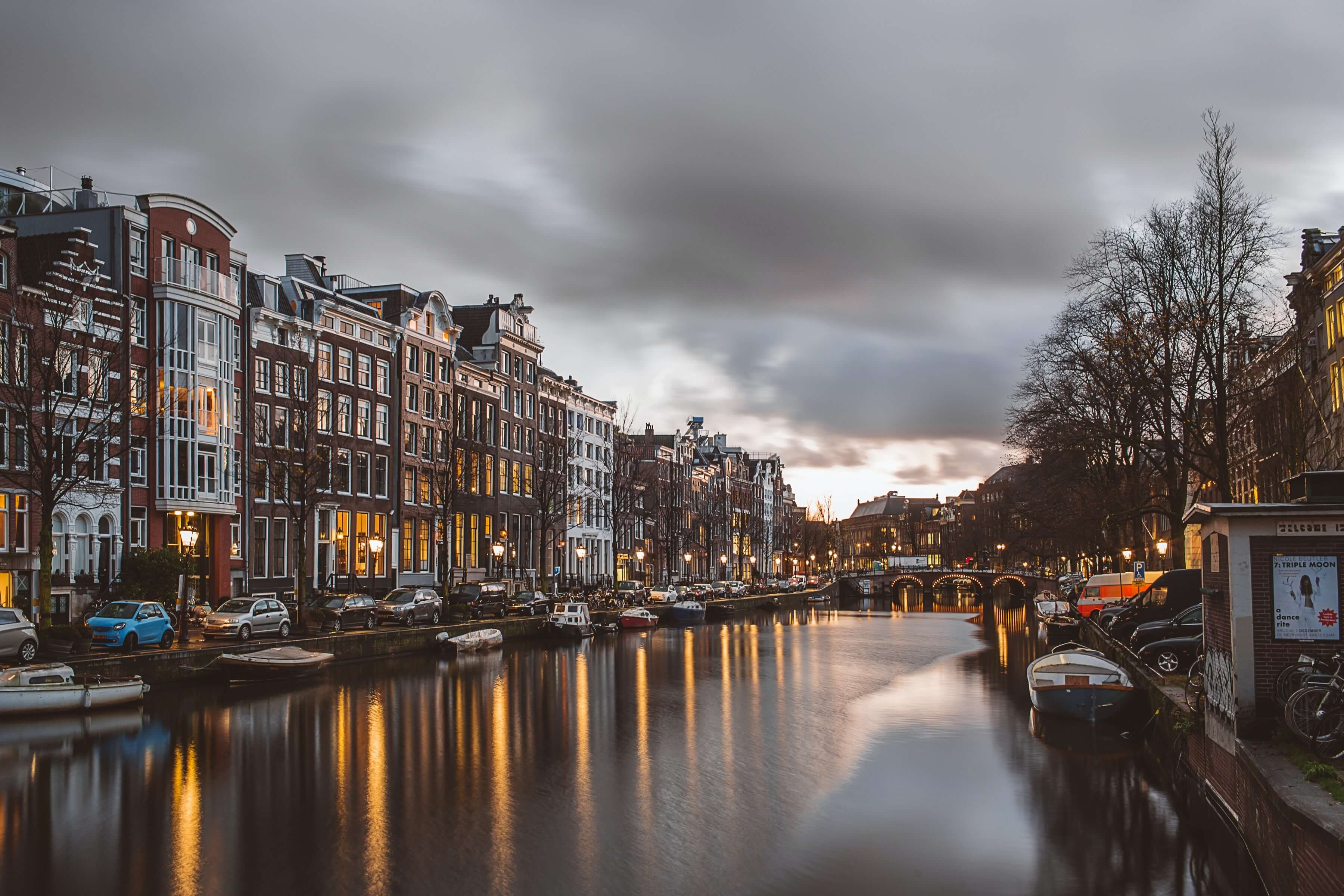 11.09 -> 13.09 - 2022
Amsterdam
Get front row access to the latest scoop and new upcoming experiences, bundled into a monthly newsletter
Thank you! Your submission has been received!
Oops! Something went wrong while submitting the form. 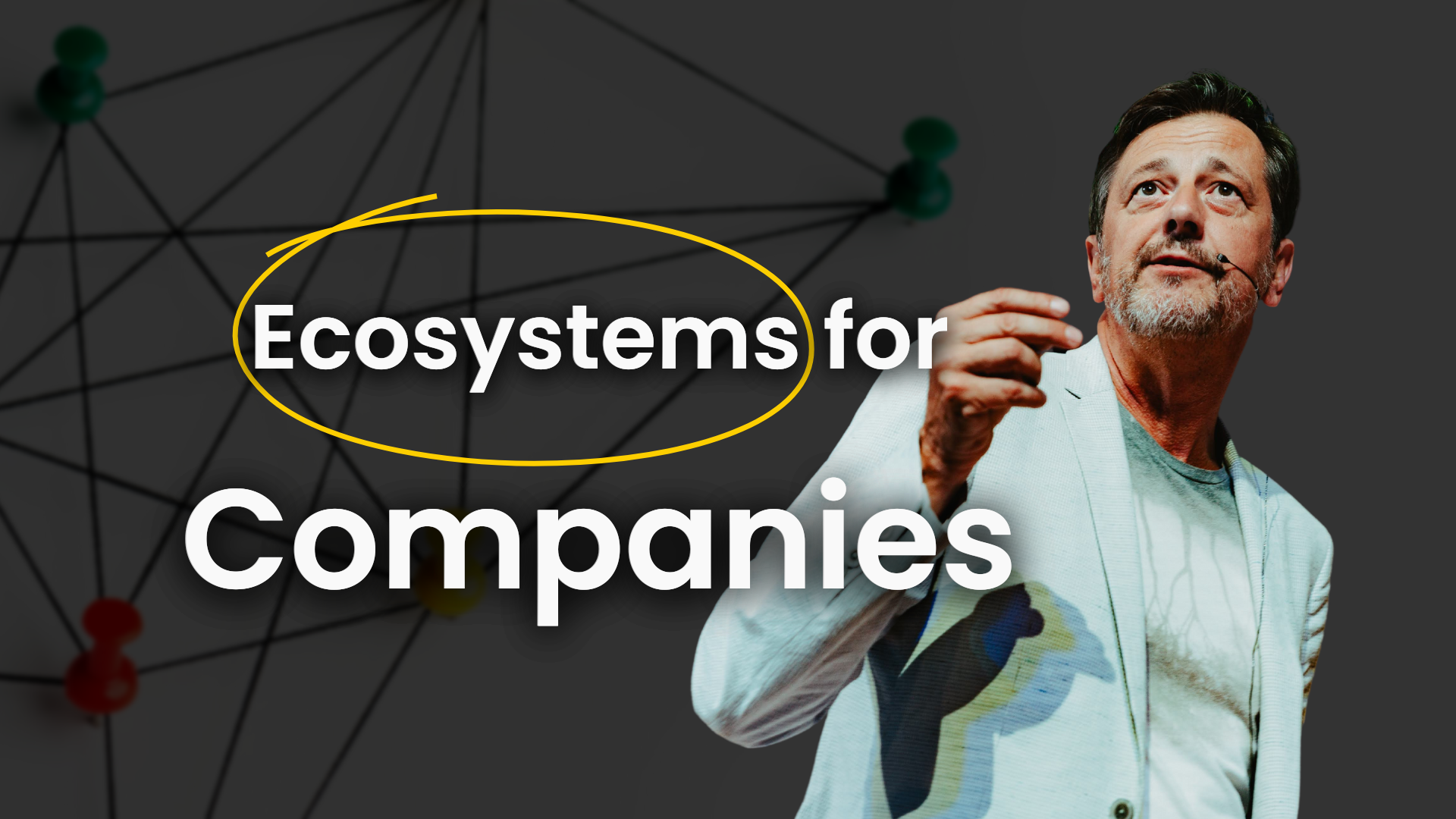