PODCAST: “We need (to find) more Elon Musks in our organizations” 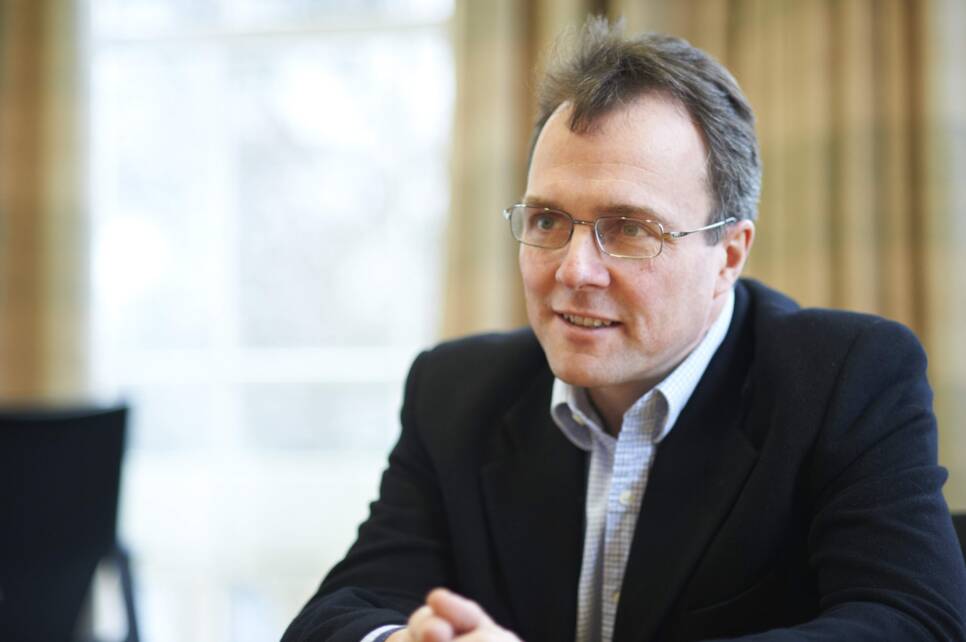 Julian Birkinshaw is a Professor of Strategy and Entrepreneurship and the Deputy Dean of Executive Education and Learning Innovation at the London Business School. He specializes in helping large organizations reinvent themselves in order to stay relevant in today's fast changing world. I had the great pleasure of interviewing him for the ‘nexxworks Innovation Talks’ podcast, which resulted in a very candid conversation, filled with fantastic innovation cases like the ones of Enel, ING and Costa Coffee to name but a few.

I highly recommend that you listen to our 35-minute podcast conversation (find the Spotify link below), but here are already some highlights to offer you a foretaste of all our insights:

One of the things I appreciated most about our talk were Julian’s level-headedness and no-nonsense responses. Asked, for instance, about his favourite innovation cases, he began by stating that – although he thought they were brilliant examples – using Unicorn start-up type of examples like Spotify or Airbnb was completely unfair to corporates. So he went on by talking about his personal two favourites: companies - like the Amazons of this world - that started out being entrepreneurial and managed to stay that way, even if they grew exponentially. And the other type: the big traditional companies that are continuously working very hard at transforming themselves: like Enel, ING, Engie or Costa Coffee.

Growing innovation on the outside & pulling it back in

The latter is a coffee vending machine company, one of the biggest in the world, that has a strong drive to keep reinventing itself. A while ago, Costa Coffee decided to create a third generation vending machine which would offer a really high-quality cup of coffee. Knowing full well that their internal processes were on the slow side, management decided to develop the new machine outside the organization. So they set up an external team, and staffed it up with a bunch of external partners: about 15 different companies and individuals who did not work for Costa before that. They used venture capital-like principles to contract these people by giving them a share of the upside of the development. As the creation of this new vending machine happened outside the normal structures of the system, the project team was able to move from concept to product in less than one year. That’s about three to four times faster than usual.

The only drawback was that, as the team existed outside of the official Costa Coffee structures, it did take them much longer to pull that working prototype back into the mainstream organization in order to integrate it with their existing systems and processes. So that was a real learning point. But in the end, the process still moved a lot faster than if the project had stayed inside the org.

During the interview the notion of the ambidextrous leader surfaced several times. It’s not about having a leader that’s ‘only’ a great people manager and the best at spotting and stimulating innovation. We need leaders who are able to manage and stimulate two very different sides of their organizations: “They have to be able to perform mainstream, traditional control-oriented work whilst also being innovative and entrepreneurial. They also have to give their people on both sides of that divide - the existing and the emerging, innovating part of the company - very different instructions and varying degrees of freedom.”

And on top of that – depending on the complexity and urgency of the situation – they need to be able to switch between the more empowering and autocratic leadership styles. Ideally, they would be mostly empowering their employees and allowing them to act and decide about what they are best at but – when fast and decisive action is required – they ought to be taking responsibility and choosing for a clear direction by themselves.

Julian firmly believes that good leaders can and should handle these two – almost opposite – sides, but that they should be well aware of their personal bias. “You’ll always be biased towards efficiency-driven management or towards creativity and innovation, towards empowerment or control. Find out which one comes naturally to you and then find someone who’s biased towards the other part of that scale to work closely with you and complete you.”

Find the mavericks & the connectors

Julian also pointed out that, although traditional organizations gravitate towards hiring the more efficiency-driven management profiles, they ought to be looking out just as much for the mavericks and the rebels: the Elon Musk-like entrepreneurs who like to act outside of the traditional structures and processes. “They are the ones who’ll help us reinvent our companies, at least in the smaller pockets where they are active.” He believes that this type of people can be found within every corporate: “They’re there, but they have often learned to adapt to the system, so you need to find little traces of evidence of their creative behavior and then unleash their talents, which are often just simmering beneath the surface.”

But innovation will not thrive with these more radical mavericks alone. There’s another type of - highly underrated - employee that’s just as valuable for our innovation potential, according to Julian: the ones that are flexible enough to collaborate with the more ‘destructive’ (in that they can be highly critical of existing structures and processes and will sometimes deliberately ignore them) “Elon Musks” but at the same time, are equally good at playing the political games needed to get things done in slow-moving corporates. They’re some type of connectors, bridges between both sides - existing and emerging - of the ambidextrous companies.

A great example of such a maverick is Microsoft’s Ross Smith, who introduced the concept of “we-org” inside his team which is in charge of software testing. Now, Ross was asked to reorganize his team for the testing of the next-generation product and, by himself, he deiced to let the team members chose for themselves where they wanted to work next: instead of the managers choosing the employees of their team, it worked the other way around. The team members were ‘interviewing’ the managers, who had to ‘pitch’ themselves and their approach, offering incentives like opportunities for growth, new technologies to work on, and new colleagues to work with (offering more money was not allowed). Though the reorganization took longer this way, about 95 per cent of the team liked the new method, and only two individuals out of 85 felt that they did not end up with a satisfactory placement in the new structure. These are very different satisfaction numbers than when a reorganization happens top-down, without any say of the team members.

Completely in character with his no-nonsense approach, Julian added that this type of project rarely spreads to scale to the other parts of the organization, which is one of the biggest challenges of corporates. But he also pointed out that it’s absolutely essential to find these types of mavericks and to give them free range to transform parts of the organization, however small or humble.

Curious about the rest of our conversation? Find it here. I highly recommend it.