Understanding the past is crucial for shaping the future 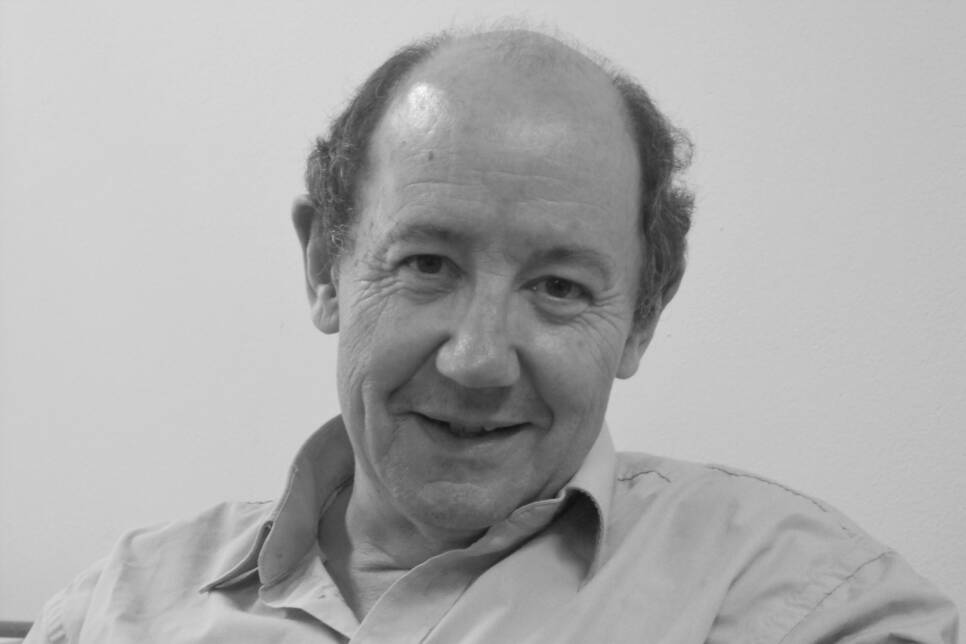 David Christian is a true trailblazer. He started his career as a Russian history professor but decided after 15 years, in 1989, that the world needed a history of humanity and so he ended up building a course that begins with the Big Bang and ends with where we are today. Bill Gates was so taken with his vision, that he launched a free Big History project (on which David was an advisor for the first two years) to enable the global teaching of that very same subject.

What I love most about David, is that he looks at the world in a way that a lot of us have forgotten. And that is exactly why I invited him as a guest on the nexxworks Innovation Talks podcast show. Most of us are always so focussed on ourselves, on our professional and personal bubble and on our own views. But, once in a while, it’s essential to zoom out and look at how we are connected in the much broader network of place and time. We are for a significant part shaped by our environment and history. That is just as much true for companies as it is for individuals. And you’ll find that there are a lot of parallels between how our universe has evolved on a macro level and how companies function on a micro level. To quote Bill Gates appraisal of David’s book ‘Origin Story’:

“Understanding where humanity comes from is crucial to shaping where we go next.”

Here are some highlights of our conversation, so you can have a foretaste of what we talked about, but you really have to (I’m sorry, but you do) listen to the full podcast episode here:

A shared origin story for humanity

The reason why David wanted to create a ‘history of humanity’ is quite powerful: in a world of divided nations and access to nuclear weapons (David lived through the Cuban missile crisis as a kid), he felt that humans needed their own global origins story. “Our national histories are origin stories, which are powerful tools for creating a sense of community. But there is always the risk that they turn into a malicious form of tribalism”, David explained and he felt that a broader story would help circumpass that. “I realized that we needed one big shared origin story so that people would sign up for the global challenges of humanity, like climate change, extreme inequality or how to avoid future pandemics.”

But then David’s plan took a slightly different turn. In order to create a history of humanity that is as powerful emotionally as a history of let’s say the United Kingdom, he apprehended that he had to write about the Palaeolithic as well: “Humans have been around for at least 200,000 years and yet, most of the time we write and talk about the last 200 years. That's disgraceful.” And then he decided he had to talk about evolution (how life on earth appeared and how the human species followed) but also about biology (humans as a biological species) and geology and eventually he kept zooming out all the way to the Big Bang.

You’ll have to listen to the podcast, check his immensely successful TED talk, read his book Origin Story or follow the free course if you want to fully grasp his Big History vision. But in short, Big History divides 13.8 billion years of existence into what David calls 8 “thresholds” or moments in history that mark key transition points, like the formation of our solar system or the first appearance of early humans. These are these 8 thresholds:

I love David’s concept of the goldilocks conditions that he uses to explain the evolution from threshold to threshold, adding more complexity in the process. “As the universe evolved, it created many different types of local environments in which it was possible for complexity to increase. Most of the universe is very simple. It's a vacuum. It's empty. It's dark. But somehow these Goldilocks environments emerged in which you have just the right ingredients to allow something interesting and more complex to emerge.” For instance, 4 billion years ago, planet earth had the perfect Goldilocks conditions of water, the right temperature and incredibly rich chemistry to allow for life to appear.

If you think about it, markets and companies follow the same type of ‘rules’: Silicon Valley, for instance, had the perfect goldilocks conditions – universities, students, venture capitalists and a non-conformist culture – for these tech pioneers to emerge and add a new layer of complexity in society, and the market. But as David explained, we can only see these conditions by looking backwards, and then guessing what they are. As we have yet to understand what these goldilocks conditions are for innovation, what innovators of today need is a sense of purpose. “We’re very good at innovation, but not so good at purpose”, explained David. “Was it for instance such a great innovation to build hydrogen bonds? The innovations that we really need, might be more in areas like vaccinations, alleviating poverty and reducing the staggering material inequalities.”

Purpose in fact plays an immensely crucial role in the emergence of life and further complexity. “Living organisms have purpose and goals. Planet earth, regarded geologically, doesn't have a purpose, nor does a rock. But living things do. They have a purpose in the sense that they seem to try to do two very specific things: survive and reproduce. And to survive and reproduce, you need information, even at the most basic levels of life. “To offer an example of the simplest use of information: if an E. coli bacteria figures out that there's something bad ahead, it will change direction.”

Because of natural selection, the organisms that are best at using information in a way that allows them to better survive and reproduce, will pass on those genes from generation to generation. “As time passes by, you get larger and more complex organisms and the task of survival requires more information. No wonder that these organisms evolve with ever more powerful mechanisms for acquiring information, storing information, assessing that information, and then acting on the basis of that information.” Humans seem to be special (though we have a lot to learn still about the animal world) in the way that they introduced the sharing of knowledge and collective learning: the capacity to accumulate more and more information. According to David, that is what has made our species the dominant one.

David’s discourse about life, purpose and information, reminds me very much of how technology is evolving: each new generation of technology becomes better at acquiring, storing and assessing information, and even acting on the basis of that information (like self-driving cars that know how to avoid obstacles and sudden movements of other cars). And at the same time, as technology is taking over a lot of human tasks (for now only the routine ones) and our surroundings are evolving at a greater speed, humans seem to have less need to “store” information inside their heads as knowledge since information evolves so fast that its loses value so very quickly. I wonder what this ‘outsourcing’ of many of humanity’s information processing tasks to technology will mean for the evolution of our species? Especially if we consider that information is the root of our power and dominance on earth.

Even more so if we realize that increased complexity goes hand in hand with growing fragility. As David explained it: “You and I are much more complex than the sun, but the sun will live for 9 billion years. You and I will live for a hundred years if we're very lucky. And the same applies to the modern world which is fantastically complex and very fragile. I think COVID19 and I rest my case.”

David added that the payoff of this awareness was not necessarily pessimism: “There's a great moral debate that needs to be held here: can we find a common humanity and can there be a broad global consensus about the sort of world we would like to see in a hundred years’ time? The reason is that all future thinking begins with thinking where you want to be.”

David offered a lot of food for thought in our podcast conversation: he, for instance, also passionately discussed the increased tendency of specialization in the world of science – very recognizable for the business world, of course – and its need for a coherent, unifying, synthesizing project like Big History, which remains a very difficult topic in the world of academia to this day. So, if you want to hear the full, Big story, listen here.