Will robots take over, or will we experience a more benign “co-bot” future, with robots and humans co-existing in perfect harmony, and people allowed to fulfill their full potential? 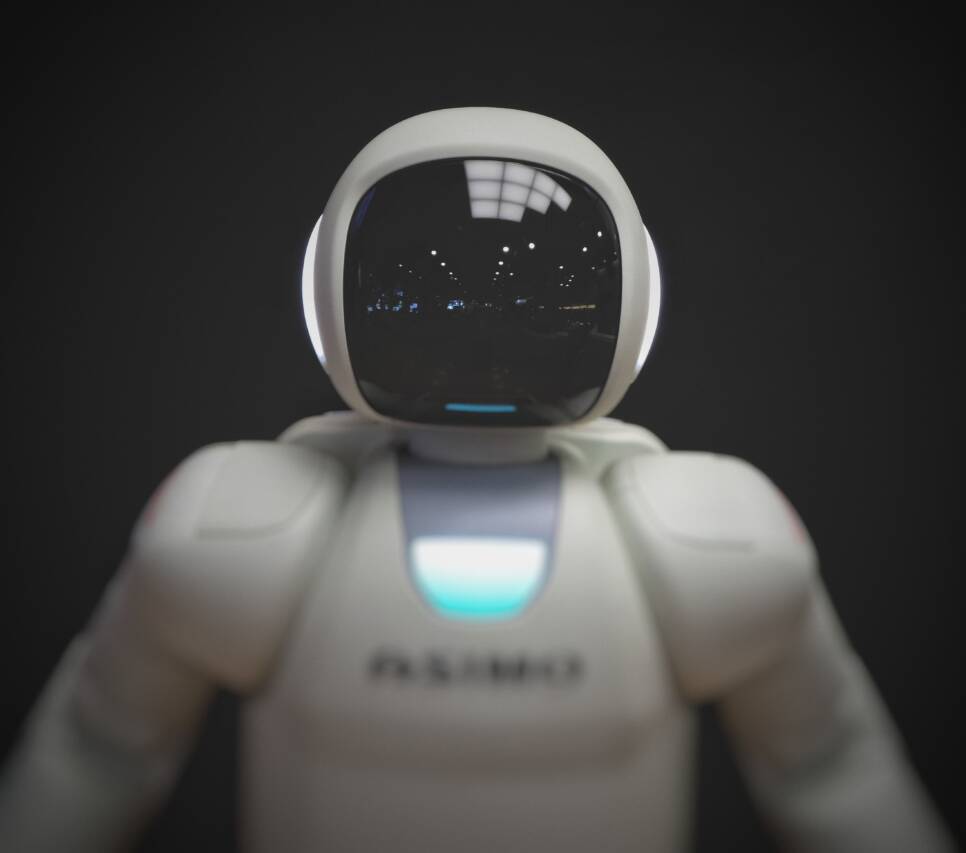 The Labor Day long weekend is the unofficial end of summer in the U.S. But amidst the end-of-season rush for the beach and the barbecue (not to mention the bonus sales), many Americans don’t realize that Labor Day also officially marks the culmination of a hard-fought movement to celebrate the rights of the worker. Which set me to wondering: will the day take on fresh significance in the next few years as robots begin to assume more minimum wage tasks? (After all, a 2017 Oxford University research study forecast that almost half of U.S. jobs are in danger of being usurped by “computerization” over the next two decades.)

The latest robot restaurants popping up around the planet are perhaps a sign of what’s to come. China’s Alibaba has opened an ingenious automated eatery called Robot.he, in its Shanghai Hema Supermarket. The restaurant offers a “Jetsons like food experience” to quote Alibaba’s official news source, Alizila.

Like the rest of the supermarket, Robot.he is app-driven. Diners check in by scanning a code on their smartphones, so the system can track where they are sitting. They can then choose their seafood which is sent via conveyor to a robot-controlled refrigerator. Once seated, the robot releases the ingredients to chefs in the kitchen, and the diner can order additional dishes on a table-side tablet, or on their phones. The most visible magic for me, however, is in the food delivery. Inspired from Alibaba’s futuristic robotic warehouse, robot servers whizz along gleaming miniature highways to deliver meals directly to the table.

Back in the U.S., a San Francisco start-up is taking robotics right into the kitchen.

Burger restaurant Creator has no human chefs, just a mesmerizing machine (a “culinary instrument”) which does it all: slicing, toasting and buttering fresh-baked brioche buns; adding layers of salad and shredding cheese; and for its best trick, grinding and cooking hormone-free beef; then assembling the finished product in just five minutes.

As reported in Tech Crunch, all that automation allows Creator co-founder and CEO Alex Vardakostas to deliver “the kind of burger you would get for $12 to $18 (at an upscale restaurant), and it’s $6”. An additional operating bonus is that the burger-building robot takes up a lot less space than a regular kitchen, so Creator is not just saving on staff costs, but square footage.

The robot restaurant revolution is on the rise. Spyce in Boston, established by four MIT graduates (of course), serves up $7.50 vegetarian, vegan and gluten-free bowls, all cooked by robotic chefs. Humans in the kitchen are reduced to the role of “garnish employees” – they add the toppings.

At Junkichi in Seattle, robots don’t take center stage – they are designed purely to entertain and interact with guests at the table. At Caliburger in Pasadena, a robot short-order cook called “Flippy” works the grill (and cleans up afterwards). Also in California, Zume Pizza (established in 2015, so relatively ancient in the robot restaurant world), has machines to press the dough and spread the sauce. Chris Satchell, Chief Technology Officer of Zume talks about its no-wage mechanical workers as “co-bots”, working collaboratively with humans.

Robots are making real inroads in hospitality too. At the Sheraton San Gabriel in southern California, a team of eight robots can show you around the hotel, open doors for you, plus deliver your luggage and provide room service.

Here too, the management is at pains to say that the high-tech approach complements the high-touch service of flesh-and-blood employees. “It enhances the guest experience with our team-members”, Fred Kokash, the Director of Sales and Marketing told ABC.

So far, in regular retail, robots have been largely consigned to non-customer facing roles such as fulfilling orders in Amazon warehouses, auditing shelves in Walmart and looking for out-of-stocks and floor hazards in Giant Supermarkets. The notable exception in the U.S. has been “LoweBot”, a retail service robot designed to help customers navigate Lowe’s stores and find items, which again has been tested in California.

The future may be very different, however. As I wrote about on Forbes.com earlier this year, Chinese online retailer JD.com envisions “100% automation”, with “people-free warehouses” and unmanned physical stores.

Restaurants and hospitality are the areas where jobs are most immediately vulnerable. While “retail salesperson” is the most popular position in the U.S., when you combine “food preparation and serving workers” with “waiter or waitress”, food service rockets to the top of the job charts – and those are the roles being most highly targeted.

Will we start to see the end of labor? Will robots take over, or will we experience a more benign “co-bot” future, with robots and humans co-existing in perfect harmony, and people allowed to fulfill their full potential? It will be fascinating to find out.