The number one mind-shift organizations need to stay relevant

There are steps that you can take today to prepare your organization for a future of continuous change. Obviously, it’s not about some magical ingredients that you can copy-paste. It’s... 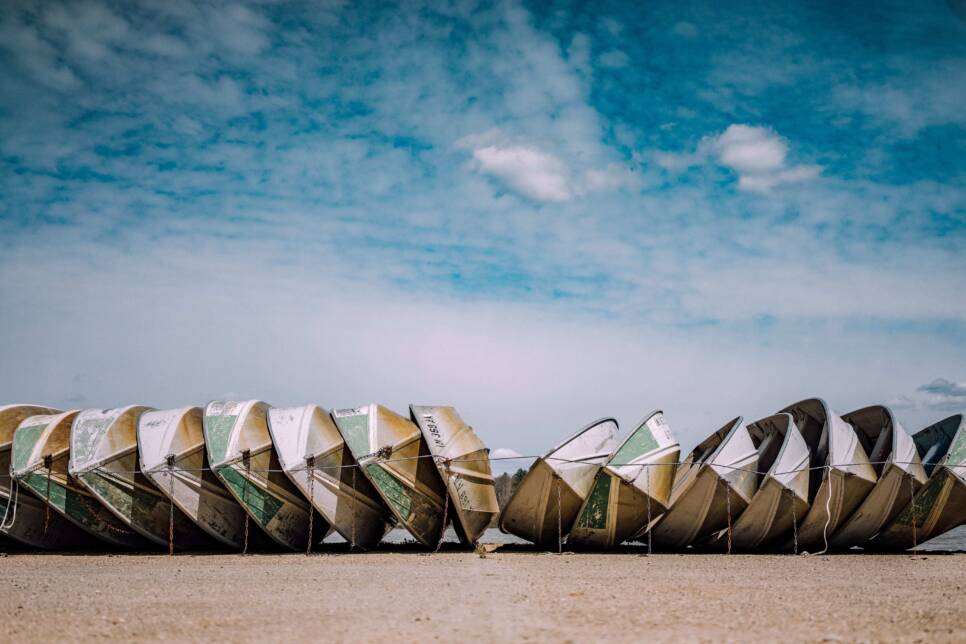 85 per cent of the jobs that will exist in 2030 haven't even been invented yet, if we can believe a report from the Institute for the Future. Young people are expected to change jobs, even careers up to six times during their working lives. Whatever the truth may be, at the speed of how things are changing, we have all come to realize that we need to change the way we hire and ‘(re)-train’ people for ‘jobs’. As one of my favourite future of work visionaries and authors, Heather McGowan, puts it: “In the past, we learned (once) in order to work; Now and into the future, we must work to learn (continuously)”. As a side-note: Heather was so good as to give me feedback on my piece, so you’ll find quite some input of her in here as well.

This transition may seem like a big change - one for which your workforce may not be prepared yet – but there are some steps that you can already take today to prepare your organization for a future of lifelong learning. Obviously, it’s not about some magical ingredients or approaches that you can copy-paste. It’s about a mind-shift that will need to completely break with the old work paradigm. “Today, it is less about what you know and more about how you can learn and adapt”, to quote Heather. And that’s the very core of how organisations will have to adapt.

“Today, it is less about what you know and more about how you can learn and adapt” - Heather McGowan.

Hire like a fluid system, not for fixed ‘jobs’

In a fast and fluid market, we need to stop thinking of our organisations as the sum of their separate departments, silo’s and ‘jobs’ but rather manage them as complex and connected systems of people. It makes less and less sense to draw up detailed lists of degrees, experience, skills and knowledge that form into so called ‘jobs’ as they may turn out to be irrelevant in 3 to 5 years. If you don’t want to end up in a continuous loop of hiring and firing, change that pattern. (Keeping in mind, of course that lifelong careers for employees at companies are no longer realistic, or even valuable.)

Instead of hiring for parts of your company, hire to build a balanced & resilient organisational system.

Instead of hiring for well-defined parts of your organisation (a job or a department), take up a holistic view and hire to build a well-balanced and highly resilient organisational system. Seek diversity - in nationality, in sector, in gender, in talent, in mind-set, in character, type of intelligence, etc. - as well as agility in new employees so that your system has all the building blocks readily at hand, when new projects, experiments and business models emerge. You may even want to keep a diversity heatmap of your organisation, continuously keeping in mind which type of personality, background and talent you are running low on.

Heather McGowan always warns against the common mistake of considering diversity as only altruistic and not as strategic, while it should clearly be both: ”repeated studies have found diverse teams are superior at complex problem solving and innovation because they reduce biases and the shortcut traps that cause us to see complex problems simply and push us past iterating on old solutions rather than continually reframing problems to fully understand the opportunity space.”

There are examples of this to be found everywhere: Douglas Merrill, CEO of LA-based ZestFinance (maker of machine-learning tools for financial-services companies), for instance, claims that diverse employee teams produce better AI programs: “The biases that are implicit in one team member are clear to, and avoided by, another,” he says. “So it’s really key to get people who aren’t alike.”

Hiring like a system will mean that you will sometimes need to select against your intuition, because people tend to recruit profiles that are very similar to their own, instead of opting for more ‘foreign’ resumés. In fact, keep away from the perfect match: if someone has the ‘right’ experience, degree, sector-fit and knowledge, (s)he may not be a valuable addition for the resilient system you need to create.

Treating training as the ‘encoding’ of skills and knowledge in students and employees to create a ready and immediately deployable workforce is a disastrous fit for this VUCA economy. According to Heather McGowan, “this is an idea that worked in prior industrial revolutions but in the 4th industrial revolution when we’ll seek to solve problems not yet known, we need to push past “training to do”. As she once brilliantly explained in an interview: “When we went to the moon, we couldn't hire an experienced moonwalker. We couldn't hire anybody experienced in any of the things we were trying to do. That’s the kind of phase we are in now.”

There’s a beautiful analogy for that “transferral of skills” versus “lifelong learning” paradigm to be found in how we create artificial intelligence. There are two approaches for building intelligent machines: one is top-down and the other bottom-up. In a top-down strategy, you decide what capabilities you want your AI system to have and you write a sophisticated computer program that builds in all of those cognitive abilities from the outset. The bottom-up strategy, on the other hand, requires no such central control program. Instead many simple mechanisms and programs are integrated into one machine, and they learn and become more intelligent as they try and fail. The first strategy works well in relatively linear, straight forward and single-purpose situations: it could for instance be programmed to excel at chess, but not be able to do anything else. The second strategy is a better fit for highly complex, non-linear and multipurpose situation: an example would be Google’s DeepMind program, which can take on a range of different tasks and performed almost as well as a human.

Sounds familiar? In a relatively slow changing linear environment - as the work context used to be - “encoding”, transferring knowledge for a specific job, is very effective. But in the current highly complex working environment, we need our company and its people to become self-learning: we need to move from “uploading” and storing new information in people’s brains, to enabling them with the agility, creativity and mind-set to thrive in permanent change.

For those nay-sayers who claim that that’s impossible, because people’s brains are wired to resist change, as a form of danger: we were actually born that way, and society and school took this ability in part away from us. For babies, everything is new, and yet we all managed to make it through that period without a “school” or predetermined training. Yes, our parents helped us, and taught us, but we learned most things by observing, trying them out and failing.

You make people comfortable with change, by – paradoxically – making it a part of their routine. An example could be to have them work in time-defined projects instead of in a fixed ‘department’. Or you could maybe even install a monthly “Freaky Friday” in your company, where some people (obviously not everyone at once if you want to avoid certified chaos) could join a different team for a day and have both of them learn from the other’s different approaches and perspective.

I also learned this great example from Heather, which demands an even deeper commitment: you could organize your work teams around “tours of duty” as the co-founder of Linked In, Reid Hoffman suggested. In this scenario all workers are on rotating tours and all work is fluid. Moving workers around on tours and in changing teams increases the “change as a norm” mindset and socializes new thinking throughout the organization.

Focussing on agility and creativity obviously will not mean that knowledge is of no importance, but the knowledge will mostly be contained in our tech systems, rather than our human systems, and the trick will be to allow for fast and easy access. In Heather’s words: “Machines excel at solving routine and predictable challenges as defined by humans and humans excel at both framing the problem and making meaning of the solution.”

An important part of a learning organisation will be the acceptance and cherishing of “negative information” (what has not worked) on top of the positive type of information (what does work) that we have always valued. Learning organisations tend to experiment a lot: they use trial and error when they are for instance testing out new business models. Traditionally, the failures are not documented. They are disregarded; cast away while they ought to be readily shared. As Heather says: “If we pay attention, failure is the best teacher”. We have as much to learn from (others’) failures and from success.

“Artificial intelligence is going to change 100 percent of jobs, 100 percent of industries, and 100 percent of professions”, to quote IBM's Ginni Rometty. So preparing yourself for a future of fluid work, where work will equal learning, is not an option. That’s partly scary, but also an immense opportunity. The good news is that you can already start adapting your company to that by hiring and become a self-learning organisation.