The Future Of Work Is The Human Capital Era: How We Got Here

We have been on a fifty year march to this moment. Understanding how we got here may help us better understand the magnitude of this inflection point. 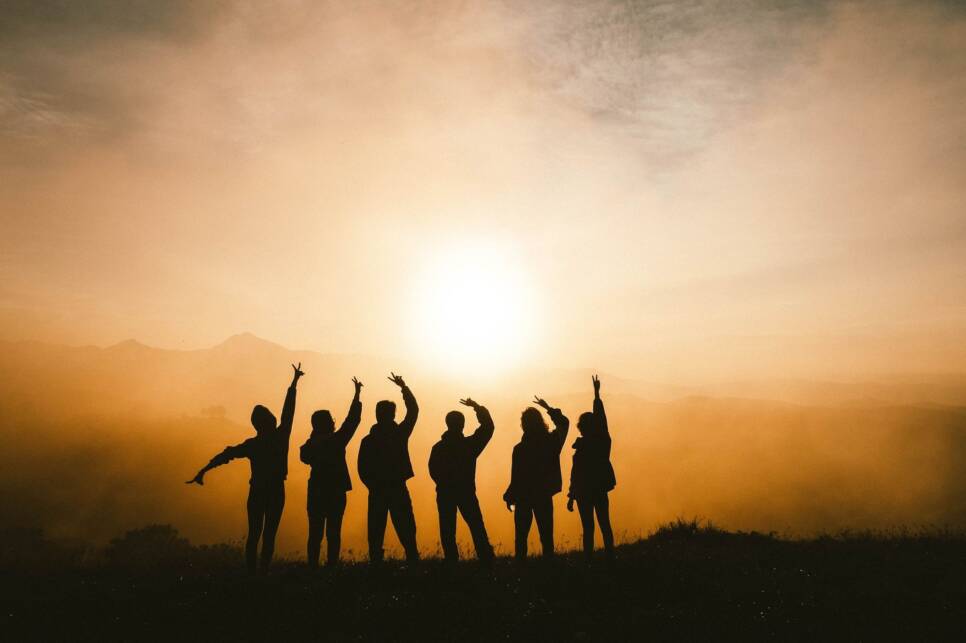 Zoom Out: Historic Trends Are Illuminating

For a while now, I have been referring to our entry into the post pandemic time period as an inflection point. Perhaps it is the way the pandemic has compressed time, accelerating our transformation to digital, or the way it held us in prolonged uncertainty. I decided to dig deeper and consider what economists, sociologists, and philosophers noted about the past and what it might mean to the changing nature of the future of work.  Robert Putnam’s latest book,  The Upswing, maps our 100+ year journey only to return to the income inequality and political polarization of the 1920s. Putnam refers to these remarkably congruent curves of economics, politics, society, and culture trends as the “I to We to I” continuum. Putnam contends that we pulled out of this spiral before and this may be the moment when we do again.  Putnam approaches this inflection point as a sociologist and political scientist. Others have observed similar arcs, trends or cycles, notably the work of economist and historian Neil Howe in collaboration with the late William Strause in their seminial 1997 book The Fourth Turning: What Cycles of History Tell Us About America’s Next Rendevous with History.

In this book, Strause and Howe, infamous for coining the term “millennial”, offer us a historic view of multiple centuries worth of eighty year cycles each with four distinct “turns”. The most recent cycle began with the “high" phase, starting with the ending of WW2 and ending when Kennedy was shot. The next turn was the “awakening" with the 60s civil rights struggles. The 3rd turn was “unraveling" and division of the 90s (when the book was written). At that point, they predicted a pending “crisis" even identifying 2020 as the end of the unraveling with a major crisis that would lead to a new “high” turn of shared purpose. Prior crisis turns include the American Revolution, the Civil War, WW2 and the Great Depression. Additionally, historians have noted that the bubonic plague unleashed the renaissance while WW1 and the 1918 flu were followed by the roaring twenties. Following the breakthroughs demonstrated by the vaccine development, this pandemic may just unleash a period of unprecedented discovery and scientific advancement, but I think it may be something even more profound.

Humans as a Cost To Contain, Even as Humans Increasingly Create Value

In late 2019 the Business Roundtable  declared the end of the Shareholder Value Era. Business education from the 1980s to late 2019 preached that business existed to return profits to shareholders and investors at all costs. Many of those “costs” were humans which was reasonable in the 1970s as most human work was in contribution to production of physical asssets. Recent data from Aon shows that in 1975 tangible, physical assets comprised 84% of enterprise value on the S&P 500, while only 17% of that value was intangible, notably human capital.

By the end of 2018, these categories had flipped and intangible assets comprised 84% of all value. Missing this shift not only created income inequality, it also squandered human and economic potential. While the stock market soared, our actual return on assets declined by 75% since 1965, according to research by Deloitte’s John Hagel.

As Friedman’s Shareholder Value thesis took root, short-term, zero-sum thinking began to emerge. Taxes, for example, were derided when they didn’t support our direct interests, like our children’s schooling. We began to view efforts to reduce poverty or invest in racial minorities as reappropriation, rather than community and economic investment. Author Heather McGhee makes this point in her recent book, The Sum of Us: What Racism Costs Everyone and How We Can Prosper Together, in her observation of policy of the public swimming pool. Beginning in the 1950s in the US, after decades of expanded investment in shared assets, we chose to close public swimming pools rather than racially integrate them. In short, we cut off access to public assets, denying everyone instead of providing common public goods.

Investing in people, especially as our economy shifts, is not a new idea. In the International Monetary Fund article “More or Less”, author Branco Milanovic noted a decade ago (2011), “The main reason for this shift (towards concern about income inequality as depressor of economic growth) is the increasing importance of human capital in development. When physical capital mattered most, savings and investments were key. Then it was important to have a large contingent of rich people who could save a greater proportion of their income than the poor and invest it in physical capital. But now that human capital is scarcer than machines, widespread education has become the secret to growth. And broadly accessible education is difficult to achieve unless a society has a relatively even income distribution. Moreover, widespread education not only demands relatively even income distribution but, in a virtuous circle, reproduces it as it reduces income gaps between skilled and unskilled labor.” JP Morgan Chase, CEO Jamie Dimon, made a similar observation in his 2021 shareholder letter, “(income inequality) could easily have been a 1% drag on our growth rate. This is the new normal – and it does not need to be this way.”

Poverty Makes Us All Poor

In 2019, well before the pandemic amplified the division between the haves and have nots, Georgetown Center for Education and the Workforce found that “a child from the bottom quartile of socioeconomic status who has high test scores in kindergarten has only a 3 in 10 chance of having a college education and a good entry-level job as a young adult, compared to a 7 in 10 chance for a child in the top quartile of socioeconomic status who has low test scores.” In other words, you are better off born rich than smart. The pandemic has exacerbated this inequity, further destroying our potential.

Research at Citi, The Cost of Black Inequality in the US, found that, “If racial gaps for Blacks had been closed 20 years ago, U.S. GDP could have benefitted by an estimated $16 trillion. If we close gaps today, the equivalent add to the U.S. economy over the next five years could be $5 trillion of additional GDP, or an average add of 0.35 percentage points to U.S. GDP growth per year and 0.09 percentage points to global GDP growth per year.”

As the pandemic dragged on, childcare in the home disproportionately fell to women resulting in women leaving the workforce to care for their families. Nearly 3 million women left the workforce in 2020, causing the labor force participation rate for women to fall to a 33 year low. Again, this is an economic issue; according to research by the Brookings Institution, “Without the increasing participation of women in the workforce, household income growth of the middle class would have remained largely stagnant since the late 1970’s.” Even without gender pay equality—the gains we have made were thanks to women and now we are hemorrhaging women from the work force. Women who have left the workforce to aid their children’s education are facing the reality that the learning losses incurred this past year may cost some young people as much as 3% of their income over their lifetime. The herculean effort by these working moms (and dads) is finally being recognized as LinkedIn recently added “Stay-at-home Mom” to their vocational description options.

Now, place all three of those studies in the context provided by Harvard economist Raj Chetty whose Equality of Opportunity Project quantifies social mobility in the US. If opportunity for low income and Black children is already at a deficit, it is only getting worse when you see the broader trend lines. If you were born in 1940, Chetty’s data shows, you had a 90% chance of doing better than your parents. If you were born in 1980 those chances dropped to 50%. Doing better than your parents is good for all of us. When you do better than your parents you become a higher paying taxpayer, fueling our economy with your spending and our collective investment through taxes in our common future. We have untold numbers of lost Einsteins, as Chetty calls those who have been left behind by inequality. We cannot afford this.

I have been writing this blog post for several months unable to decide how to condense and synthesize considerable research and converging data points that suggest to me this inflection point. As a belligerent optimist who works in the lemonade business, I believe we are on the cusp of considerable change that could, if we are intentional and insisistent, finally unleash our collective human potential. In the next installment, I will begin to map out where I think we go from here.

This piece was first featured on Forbes.