The Economics of Disinformation

Marshal McLuhan, one of the most influential thinkers of the 20th century, described media as “extensions of man” and predicted that electronic media would eventually lead to a global village... 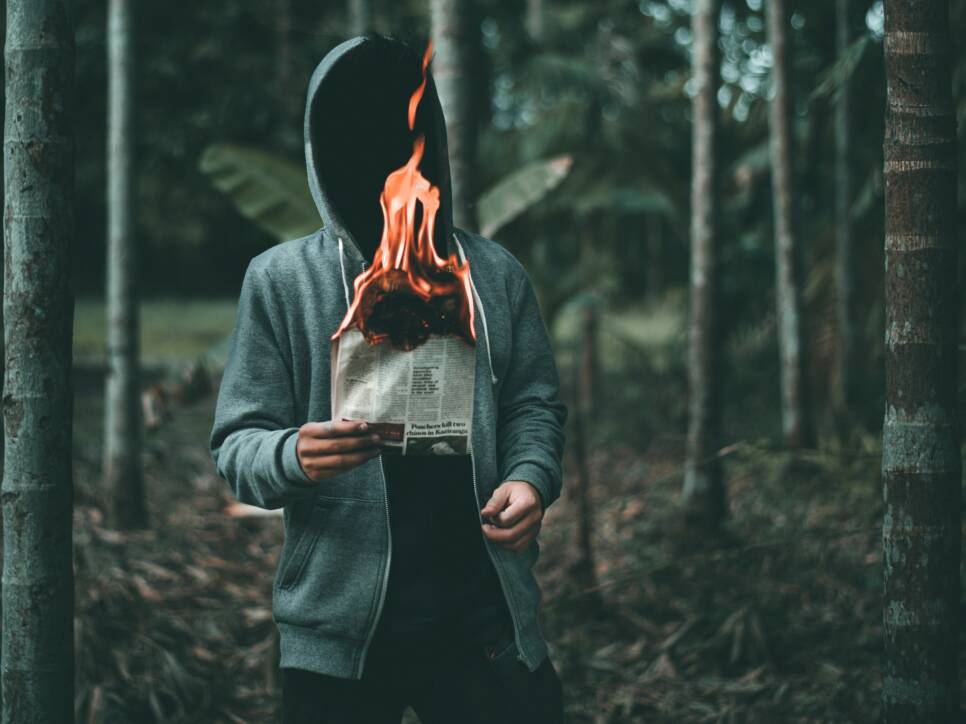 What often goes untold is that McLuhan did not see the global village as a peaceful place. In fact, he predicted it would lead to a new form of tribalism and result in a “release of human power and aggressive violence” greater than ever in human history, as long separated —and emotionally charged— cultural norms would now constantly intermingle, clash and explode.

Today, the world looks a whole lot like the dystopia McLuhan described. Fringe groups, nation states and profit-seeking corporations have essentially weaponized information and we are all caught in the crossfire. While the situation is increasingly dire it is by no means hopeless. What we need isn’t more fact checking, but to renew institutions and rebuild trust.

We tend to think of the world we live in as the result of some grand scheme. In the middle ages, the ontological argument posited the existence of an “unmoved mover” that set events in motion. James Bond movies always feature an evil genius. No conspiracy theory would be complete without an international cabal pulling the strings.

Yet small decisions, spread out over enough people, can create the illusion of a deliberate order. In his classic Micromotives and Macrobehavior, economist Thomas Schelling showed how even small and seemingly innocuous choices, when combined with those of others, can lead to outcomes no one intended or preferred.

Consider the decision to live in a particular neighborhood. Imagine a young couple who prefers to live in a mixed-race neighborhood but doesn’t want to be outnumbered. Schelling showed, mathematically, how if everybody shares those same inclinations that scenario results in extreme segregation, even though that is exactly opposite of what was intended.

This segregation model an example of a Nash equilibrium, in which individual decisions eventually settle into a stable group dynamic. No one in the system has an incentive to change his or her decision. Yet just because an equilibrium is stable doesn’t mean it’s optimal or even preferable. In fact, some Nash equilibriums, such as the famous prisoner’s dilemma and the tragedy of the commons make everyone worse off.

That, in essence, is what appears to have happened in today’s media environment with respect to disinformation.

The Power Of Local Majorities

A big part of our everyday experience is seen through the prism of people that surround us.  Our social circles have a major influence on what we perceive and how we think. In fact, a series of famous experiments done at Swarthmore College in the 1950’s showed that we will conform to the opinions of those around us even if they are obviously wrong.

It isn’t particularly surprising that those closest to us influence our thinking, but more recent research has found that the effect extends to three degrees of social distance. So it is not only those we know well, but even the friends of our friend’s friends have a deep and pervasive effect how we think and behave.

This effect is then multiplied by our tendency to be tribal, even when the source of division is arbitrary. For example, in a study where young children were randomly assigned to a red or a blue group, they liked pictures of other kids who wore t-shirts that reflected their own group better. In another study of adults that were randomly assigned to “leopards” and “tigers,” fMRI studies noted hostility to out-group members regardless of their race.

The simple truth is that majorities don’t just rule, they also influence, especially local majorities. Combine that with the mathematical and psychological forces that lead us to separate ourselves from each other and we end up living in a series of social islands rather than the large, integrated society we often like to imagine.

Clearly, the way we tend to self-sort ourselves into homophilic, homogeneous groups will shape how we perceive what we see and hear, but it will also affect how we access information. Recently, a team of researchers at MIT looked into how we share information—and misinformation—with those around us. What they found was troubling.

When we’re surrounded by people who think like us, we share information more freely because we don’t expect to be rebuked. We’re also less likely to check our facts, because we know that those we are sharing the item with will be less likely to inspect it themselves. So when we’re in a filter bubble, we not only share more, we’re also more likely to share things that are not true. Greater polarization leads to greater misinformation.

Let’s combine this insight with the profit incentives of social media companies. Obviously, they want their platforms to be more engaging than their competition. So naturally, they want people to share as much as possible and the best way to do that is to separate people into groups that think alike, which will increase the amount of disinformation produced.

Notice that none of this requires any malicious intent. The people in Schelling’s segregation model actually wanted to live in an integrated neighborhood. In much the same way, the subjects in the fMRi studies showed hostility to members of other groups regardless of race. Social media companies don’t necessarily want to promote untruths, they merely need to tune their algorithms to create maximum engagement and the same effect is produced.

Nevertheless, we have blundered into a situation in which we increasingly see—and believe—things that aren’t true. We have created a global village at war with itself.

At its core, the solution to the problem of disinformation has less to do with information than it has to do with trust. Living in a connected world demands that we transcend our own context and invite in the perspectives and experiences of others. That is what McLuhan meant when he argued that we electronic media would create a global village.

Inevitably, we don’t like much of what we see. When we are confronted with the strange and unusual we must decide whether to assimilate and adopt the views of others, or to assert the primacy of our own. The desire for recognition can result in clashes and confrontation, which lead us to seek out those who look, think and act in ways that reinforce our sense of self. We build echo chambers that deny external reality to satisfy these tribal instincts.

Yet as Francis Fukuyama pointed out in Identity, there is another option. We can seek to create a larger sense of self through building communities rooted in shared values. When viewed through the prism of common undertaking rather than that tribe, diverse perspectives can be integrated and contribute to a common cause.

What’s missing in our public discourse today isn’t more or better information. We already have far more access to knowledge than at any time in human history. What we lack is a shared sense of mission and purpose. We need a shared endeavor to which we can contribute the best of our energies and for which we can welcome the contributions of others.

Without shared purpose, we are left only with identity, solipsism and the mythmaking we require to make ourselves feel worthwhile.