There’s no such time like the summer holidays to open up your perspective with some inspiring reading material. So we decided to ask our network about their favorite books on... 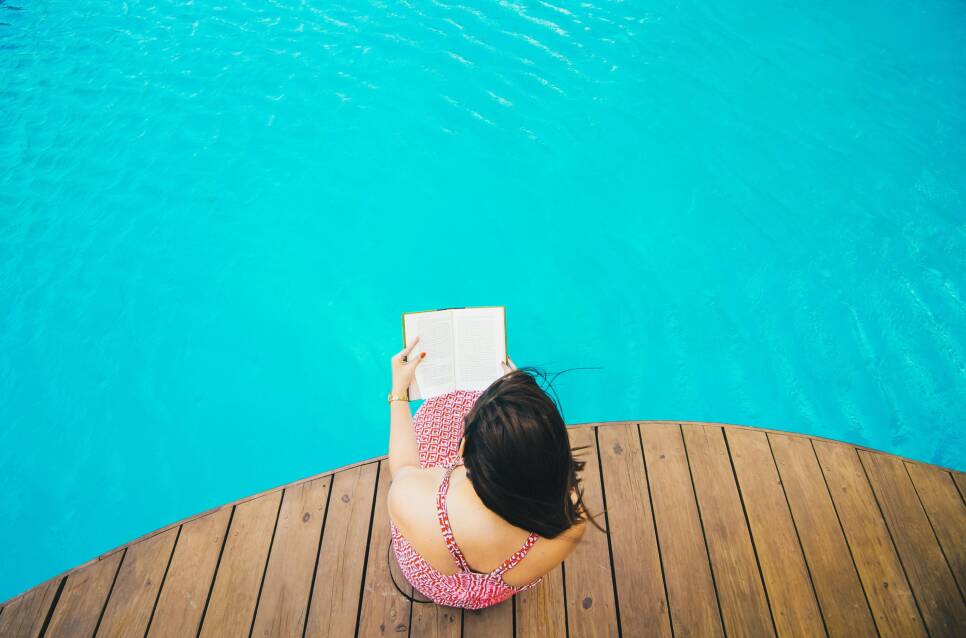 The book was a present for my 17th birthday back in 1980 and I avidly read it that summer. Even though I don’t really believe I truly understood its content, I knew that I had gathered a deeper knowledge of the world.

In 1982 I started to study languages and I became fascinated by the concept of Transformational Generative Grammar (TGG), Chomsky, Neurolinguistics and the art of Escher and so I re-read GEB three times in between 1984 and 1987. The book is not about art, mathematics or music, but all about algorithms, (artificial) intelligence, knowledge, collecting, processing and activating data and creating meaning. I loved the mystery and the very fact it made me realize there was loads of stuff I didn’t know that I didn’t know. Little did I know at that time that this would become the core of my keynote speaker life 30 years later as we have entered what I like to call The Algorithm Economy.

Absorbed by the business rat race somewhere in the 90’s, I lost my appetite for these deep thoughts as well as my copy of the book. I only bought a brand new one last year when I started to gather input for my own new book (The Little Book of Ecosystems). So I digested this fascinating book last summer and once again in the first weeks of the global lock-down in March 2020. The book has not lost any of its relevance. To the contrary: it is more actual than it has ever been.

MIT ran a course on the book in 2007 with the fantastic title ‘Gödel, Escher, Bach: a Mental Space Odyssey’, saying “Are you interested in Zen Buddhism, math, fractals, logic, paradoxes, infinities, art, language, computer science, physics, music, consciousness and unified theories? Get ready to chase me down a rabbit hole into Douglas Hofstadter’s Pullitzer Price winning book…” You can check the video version of the course for free here.

I am going to read GEB in August, for the 7th time in 4 decades. And I am going to follow the MIT courses as well. The online lectures are an intellectual delight. Maybe after 7 readings and a course at MIT I am ready to master the art of ‘unasking’.

According to Joel Peterson, in this highly demanding era of disruption, and ever-growing customer and employee expectations, companies need a new type of leader to stay relevant. This book highlights four important aspects (trust, mission, teams and execution), but in a very different way than other books do. Joel Peterson takes you on a journey of his own experiences (both as a professor in Business School and as CEO and chairman), and he really has very many to share. Inspiring, insightful and never a dull moment in reading.

Although still in the course of reading Humankind: A Hopeful History by Rutger Bregman, I am truly amazed by this great philosophical book on human nature. Bregman states that we are truly kind as a species, even in times of severe suffering, war or other calamities. At root, we are “friendly, peaceful and healthy”. But it is not just this optimistic view that makes this book such a great read. It is the way many existing theories are disproved, solely by having another scrutinizing look at the facts. It creates this awareness that things we have always regarded as being the single truth, may actually turn out to be quite different. The beast in us does not reveal itself as frequently as some might think. We always look to cooperate with our fellow humans as we are not the selfish species. A great book of positivism, for all the optimists out there like myself.

Gopnik’s book is a monumental biography (almost 1.000 pages, so you’d better have some time this summer) of the artist who, claims the author, is maybe more influential than Pablo Picasso and definitely occupies a central space in American and global culture. With Warhol ‘who occupies a top spot a the peak of the Parnassus besides Michelangelo and Rembrandt’ soup cans became art, although we still do not know where the obsession with Campbell’s originated from. But, when the paintings of the soup cans went for the first time on display, in at the Ferus gallery in Los Angeles in 1962, it changed how we look at art, and indeed… at the world. That’s why, 60 years later, everybody who is involved in creative processes and innovation should read this fantastic biography of Andy Warhol. Enjoy!!

This is a very fine ebook only for 1 EUR on Amazon and thus a great summer read. Ian Cheng is an artist exhibiting at MOMA, Serpentines Galleries etc. He makes simulations and installations. He creates and imagines new worlds, hence the verb "worlding". Worlding is about imagining worlds that you believe in, worlds that are coherent. The book describes the four shadows (archetypes) that ask attention from the artist, pulling the artist in different directions. There is the "Director" (like in film director), the "Cartoonist" good in catchy one-liners, the "Hacker" interested in quick wins, and the "Emissary" whose responsibility it is to keep the world "alive". It is about steering by gut or steering by stories, about seeking the comfort of home or seeking the excitement of surprise. Although written from an artist's perspective, the applicability of these principles in business is evident. Worlding or World Building is one of the tools to imagine what's next versus planning and extrapolating what is next. It is an indispensable tool for designing for emergence in a post-VUCA-world.

Gladwell’s book tries to answer the question: “Why do we so often get other people wrong?” For example, think how often you thought to yourself after the fact “how did I miss that? How did I not see that this other person was lying to me all this time?” Gladwell utilises a number of fascinating stories—including the stories of Wall Street financier Bernard Madoff, the Penn State football coach Jerry Sandusky, Amanda Knox’s murder conviction in Italy and Neville Chamberlain’s encounters with Hitler—to identify the reasons behind our inability to identify liars and cheaters until it’s too late. For example, one reason he highlights in his book is the fact that humans are wired to start any encounter with another human being with the operating assumption that the people we are dealing with are honest; and then discount or disregard information that contradicts our operating assumption until the evidence accumulated is so large that it is impossible to ignore any more. The book is full of insights and ideas that will challenge you and force you to question your own assumptions—in short, make you think. The stories used to highlight the key points are so fascinating that you are likely to finish the whole book in one sitting!

Algorithms to live by views everyday human decisions, such as how to decide which apartment to buy or how to sort your messy desk, through the lens of computer science. How do computer algorithms solve these problems? And where do they fail miserably? In understandable terms these authors succeed in opening up new ways to look at old problems, and guide us towards novel ways of thinking about our business issues but also our private, personal decisions. On the side, you will get a better understanding of why the next wave of computer algorithms (popularly called AI) could drastically change our world.

Leen Gorissen, Innovation Biologist and author of ‘Natural Intelligence’ recommends Dee Hock’s One from Many: VISA and the Rise of Chaordic Organization

VISA —the world’s first trillion dollar company— has been built in nature’s image. It came into being through the mind of a young corporate rebel fascinated by the widespread institutional failure. A visionary who had the guts and stamina to develop a completely new way of organising. Hock calls it the ‘chaordic organisation’ as it blends characteristics of chaos and order, harmoniously combines cooperation and competition and is self-organizing and self-governing in whole and in parts. Hock is the man who not only imaged this reality more than 50 years ago, he achieved what was deemed completely impossible: developing one shared system from a gazillion of independent banks and organisations. The profoundly important, and beautifully written book is very timely for the current chaotic times where institutional failure is becoming ever more visible. It also offers us a valuable alternative to move beyond failing organisations and co-create a livable future. It should be mandatory reading for every leader in business and policy because the 'chaordic organisation' is a pocket of the future that works in the present.