To ensure its national security and at same time realize its dream to become a world leader in innovation, China bets on 3 fast horses: 5th generation telecom (5G), Artificial... 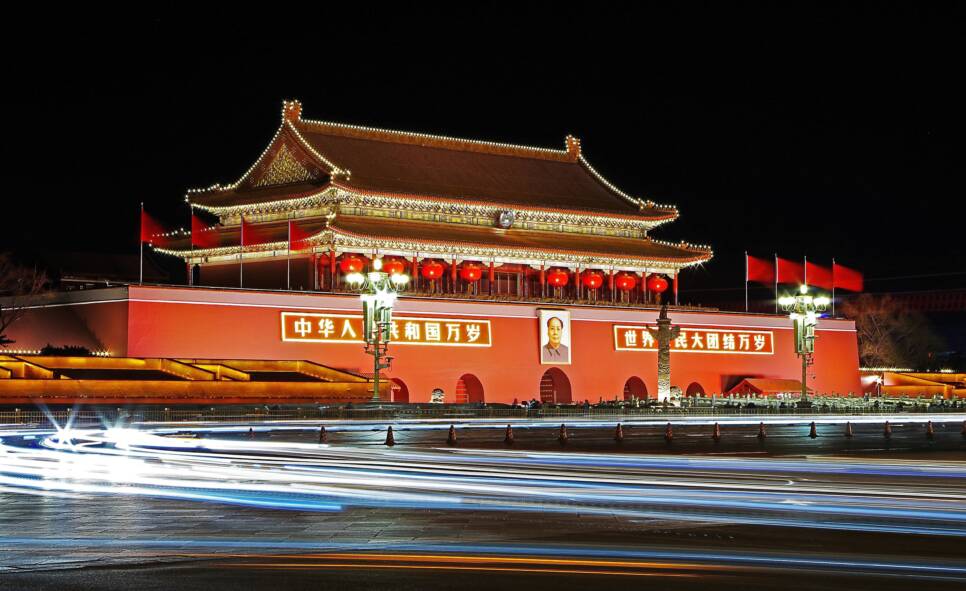 These advanced technologies could enhance our lives tremendously, but they also feed China’s agenda to increase its own national security and military. Military technology from internet, GPS to microwaves have influenced civilian lives for long. This is not new, but this time the direction is mostly reversed where commercial deployments are becoming the basis for military applications due to online availability of big data needed for AI, instant internet communication between devices (IoT) with 5G, and lightning fast computations with QC.

The following was taken, from “Smart Security”, the first chapter of my book China’s New Normal. It’s a topic that tends to trigger many emotions, but its theme is most pertinent today as stories around China’s social credit scores or privacy are raising questions around our Western values and security. Should we worry or not? Should we act or react? Should we arm ourselves or reach out? These are the types of questions that we should be thinking about as a society if we want to keep ourselves relevant.

5G doesn’t only provide faster internet, it can bring a connected Internet-of-Things (IoT) world to life. The trillions of sensors that will make hardware intelligent and change society are mostly built and sold in China today. The country that rolls out a nationwide 5G network first, shall get ahead over the rest of the world due to what Deloitte calls the “data network effect”. It’s the effect where frontrunners will create new users faster, obtaining much more relevant data which will result in acquiring more users again. To create that snowball effect China is many steps ahead already: the world’s largest smartphone user base, Huawei leading the world as 5G equipment vendor, a clear vision of the government to support a fast implementation of a nationwide coverage, and an eagerness of Chinese operators to offer 5G and consumers to adopt it quickly.

But another fuel tank China has available to win the 5G race is generated by the fatigue of foreign telecom operators who saw their revenue per user decline with 15% after the introduction of 4G, while Chinese operators have seen it increase with 15% the past years. The delayed introduction in China of 4G by 2014 made it cheaper for Chinese operators to implement than other countries, triggering an explosion in users who made the instant switch from 3G to 4G up to 1.1 billion 4G users today. The West seems to have an uphill 5G battle to fight. It’s no wonder Trump is out to ban Chinese companies to sell 5G networks in America and is pressuring US allies not to buy their equipment for their next-generation mobile networks.

Baidu, often called the Google of China, marked the start of an AI focus in China in 2013 with an active “AI-first” agenda and the launch of the Institute for Deep Learning. Andrew Ng, better known as the founder of the “Google brain” project - a department of Google that makes machines more intelligent to improve lives of people – established an AI lab in Silicon Valley for Baidu in 2014. With the input of Baidu, the Chinese government announced the “China Brain” plan in 2015, making vast funds available to ignite a China AI revolution. In 2017 China’s Go-master and national hero Ke Jie lost at the most complex board game of all times against Google’s AlphaGO AI machine. This Chinese ‘sputnik moment’ unleashed a real sense of urgency in China. Within 2 months, Beijing announced China would become the leader in AI, doubling down on its original bet to now create a 150 billion USD AI industry by 2030. Mid 2017, every Chinese company and local official got the memo to aggressively invest in AI, making China become obsessed with AI ever since.

China possesses the ideal conditions to claim world leadership in AI. As far as resources is concerned, China has an unmatched abundance of available data, a most advanced AI-cloud infrastructure, the world’s largest talent pool of engineering graduates, and is quickly catching up with the US on AI microchip technology. Venture capital investment in AI reached the same level as US already, making funds available primarily used to develop applications with quick return on investments such as face and voice recognition, robots and autonomous cars. Chinese AI unicorns are more pragmatic to become rich before famous. The breakthrough AI innovations like we envision more from Western unicorns are in China primarily researched by the big ecosystems: Baidu, Alibaba, Tencent and Xiaomi (BAT-X) and the upcoming leaders such as Toutiao, Meituan and Didi (TMD). As we know, China is also the factory of the world, which helps them now to make all that hardware smart: camera’s, bikes, lamps, machines, wearables, virtual assistants, refrigerators, etc. BATX and TMD companies aggregate all that data from these devices to make China the biggest AI-lab in the world. Considering that AI is redefining the business model of every traditional industry, Chinese tech companies view this reboot as an opportunity to become the industry leader in markets previously dominated by the West.

But how about society? China is faced with humongous problems from ecological, financial to social issues which could derail the country if not managed correctly. The scale is so big that only technology, not people, can tackle these huge challenges. For China’s government AI is not an option to consider but a necessity to embrace to avoid chaos or decline. At the same time, it helps them to develop faster as a nation altogether. Yet, the biggest challenge for AI is privacy. Despite the less known fact that the central government values and sets strict guidelines to protect data privacy these days, Chinese consumers are still prepared to share their personal data more easily with companies in exchange for comfort. Because China’s government can exert tighter control over local companies who would abuse their data, the consumer feels more secure. Let’s not forget that Chinese are amongst the most trustworthy people amongst friends but score amongst the lowest in the World Values Survey when it comes to trusting strangers. Chinese trust unfamiliar technology more than people they don’t know, while Westerners often have the reverse feeling. Artificial Intelligence applications are seen as a technology evolution in China, much less as threats. This is most visible amongst China’s children who are getting emotionally attached to their new AI-robot friend companions. China has fallen in love with Artificial Intelligence.

China’s quantum leap into the future

Quantum computing (QC) sounds almost science fiction, or Chinese for everyone who doesn’t speak it. What is important is that nobody really knows yet what the first killer applications will be, but it is certain that QC will be able to resolve complex problems traditional computers can’t. We can envision chemical, life science or military simulations with quantum computers to design new medicine, DNA sequencing models, new battery technology or complex warfare simulations. It is so disruptive that many agree that the country that makes it useful will gain an economic edge over others. With supercomputers, China has already surprised the world with its Tianhe computer that meets the computing power of the human brain. But an efficient and affordable quantum computer could mean a gigantic leap that any world power cannot ignore as it could even mean a change of world order. A quantum computer could for example help with:

China is building its first mega-quantum computer in the city of Hefei with an investment of 10 billion USD, poised to be operational by 2020. America reacted upon this plan with a proposal in congress to free up 1.3 billion USD for quantum technology. Could America start lagging behind despite its current lead in QC research at Google, IBM or Microsoft? In 2016 China launched its first quantum satellite intended for future encryption purposes, and in 2018 Chinese researchers achieved a stunning quantum-entanglement world record. The Chinese army is now building a quantum compass and radar, and maybe this is the latest sign that China is trying hard to find its way to make a quantum leap into the next decade.

The world is becoming multipolar, and America is being challenged by China to maintain its supremacy as global superpower. China is well on track to match and exceed technological superiority in 5G telecommunication, artificial intelligence and quantum computing. If we extrapolate China’s past endeavors and successes of this century alone, we might have to accept a new reality created by China. The advancements in the 5G, AI and QC technologies are wonderful as they can liberate the world from many physical and mental barriers we have today, but at the same time it could create new barriers between those who cannot let go of the illusion of control. Only one word comes to mind: “Terrific”.