What you do today, shapes your future. That may sound like a platitude. But why else did man invent the concept of imagination if not to dream up that future... 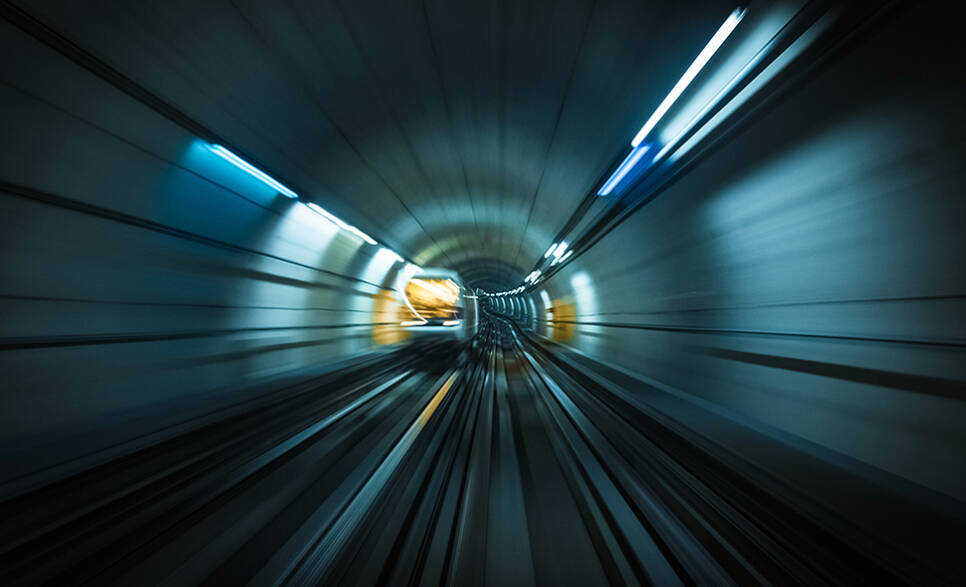 People who typically look into the future are the screenwriters of sci-fi movies. No, I’m not referring here to blue elves and slimy aliens, but to viewing pleasure, as exemplified by ‘The Martian’, ‘Moon’ and ‘Ex machina’, and that one film-beyond-category from 1968: ‘2001: A Space Odyssey’ by Arthur C. Clarke and Stanley Kubrick.

Just the other day ‘Blade Runner - 2049’ was released, the sequel to another great classic. The first ‘Blade Runner’, back in 1982 – with the famous ‘If only you could see what I see’-one-liner of Rutger Hauer – foretold of a dark and bleak 2019, studded with the gigantic neon signs of Atari and Pan Am Airlines. In the new ‘Blade Runner - 2049’ Atari and Pan Am are still alive and kicking. Quite a stark future then that some of us will never get to know. Maybe it’s for the best, as the world of advertising gets fiercer by the day. And yes, Harrison Ford is in this sequel too!

Let’s opt instead for a more positive-looking future. More in the spirit of ‘Back to the Future’. In that 1985 movie, Marty McFly took the DeLorean-time-machine car of Doc Brown and flew forward in time (30 years, once again) to 21 October 2015. The then screenwriters predicted that world quite accurately. All excepting the modern fax machine. They didn’t have internet yet, back in 1985, so no reference either – in the ‘2015-world’ of ‘Back to the Future’ – to Wi-Fi. Online networks nor ‘on-demand services’. If Marty McFly really had been able to go 30 years into the future, he would have briefed the screenwriters differently. A nice aside, though, is that Nike did market the self-lacing sneakers of Marty McFly at the end of 2016.

New, deep blue oceans must be out there, somewhere.

Whatever screenplay you write, just how our world will look in ten, twenty or even thirty years’ time, is an unknown. But the odds, in 2030, that you’ll still be selling the same products and services, in the same way, to the same customers, is virtually nihil. That’s for sure. As is the dream of finding new, deep blue oceans. Some place there’ll be ‘low-hanging fruit’ and a niche market, that’s there for the taking. So that everyone gets the chance to crown himself the next Apple, Amazon, Google, Facebook or Netflix.

If you’re busy contemplating the ‘Day after Tomorrow’, then dare to look far, say 30 years from now.

Time flies. If you want to keep on building value, you first need to sketch the future in order to define your role therein. The more accurate your idea of the future, the bluer your ocean will be. Companies that set the pace today all rely on such a picture of the future. If you’re contemplating the ‘Day after Tomorrow’, then dare to look far, say 30 years from now. That 30 years gives your brain the freedom to think ahead, without preconceptions. Look for trends that you believe will gain in relevance, link them to one another, navigate outside your present ‘comfort zone’ and then dive into the flow of information. Think up the new tangents yourself.

Facebook’s Little Red Book’ of 2012, in which a company’s culture is explained, contains the following passage: ‘There is no point in having a 5-year plan in this industry. With each step forward, the landscape you’re walking on changes. So, we have a pretty good idea of where we want to be in six months, and where we want to be in 30 years. And, every six months, we take another look at where we want to be in 30 years to plan out the next six months’. ‘The industry’ these days, is everyone’s industry. And that frequency of six months, well that the rule back in 2012. To gain an edge, these days, that frequency should be higher. Distil that ‘big picture’ of 30 years hence into a plan for the next three months. Don’t cast that plan in stone for longer than three months but adapt it, each time, according to the look-ahead (new trends, new information). That way, you proceed resolutely, step by step, in a changing world. A guideline, from Peter Hinssen, is that 70% of your mind should be focused on ‘Today’, 20 % on ‘Tomorrow’ and 10% on the ‘Day after Tomorrow’. In other words, spend 10 % of your resources on looking ahead, 20% on making (and reviewing) your plans for the future and 70% on implementing your plan for the next three months.

‘Run the future backwards’: how to teleport the ‘future’ inside your company.

Run the future backwards: that’s how to teleport the future inside your company. That ‘70/20/10 and 30/3’ thinking is not the norm yet for many enterprises. But it brings the ‘future’ to your door, and that’s an essential eye-opener. In my forthcoming book ‘The Day After Tomorrow – A travel guide for Managers’ I’ll tell you how to free up space, within your firm, for that ‘70/20/10 and 30/3’-thinking.