The world of platforms and ecosystems has come alive recently. If you go back five years there were very few people thinking and writing about them. That's not the case... 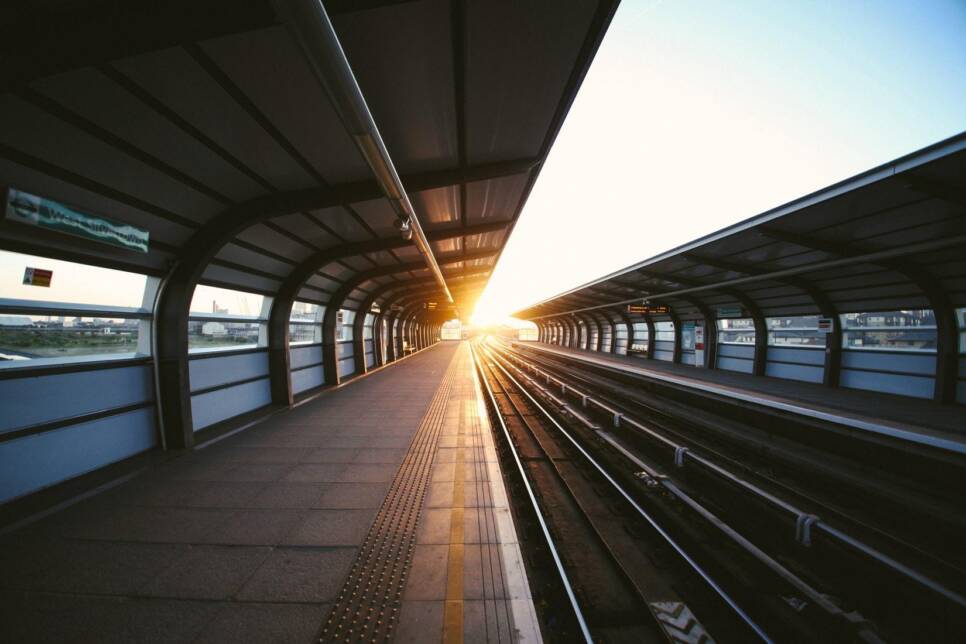 What is a platform?

One problem has been a lack of agreed definition. Platforms can refer to:

The real platform though is none of these and yet contains a bit of each. I think the best way to understand platforms and to see where they are headed is to look at some history.

For me the classic business platform is Google's search engine. I wrote about it in Shift: A Leader's Guide to the Platform Economy and again in Platform Disruption Wave.

Note that this is not a two-sided market. SEO experts where not transacting through the Google platform. In fact, initially, nobody did. As AdWords and AdSense grew, however, the seller was a content owner and the buyer was an advertiser.

The SEO community was essentially an advocacy grew, a group of experts, if you will, who purported to do this Google thing better than anyone else. They were super-users.

Over a period of 7 years this was an uneasy battle with Google changing its algorithms to thwart its ecosystem superusers yet also to keep them in the game. At the same time the capacity for content creators to write to the algorithm became an important part of how web content was created. We all now write for SEO.

That is a very short summary! But what can we take from it?

You can see in it that the platform does not need an API, though APIs help. Nor does it need a positive relationship with all of tis ecosystem or any real "relationship" at all. Google was almost wholly hands off in its relationships with the vast majority of advertisers and content owners. It was business through terms and conditions.

But Google was solving an essential online problem. Some people think that problem was the search relevance one but it is doubtful whether Google was ever more relevant in its search returns than search engines like Alltheweb. The problem it solved was monetising web content and by extension monetising search.

The platform owner has to be adept at ecosystem management at scale. It has to find ways to replace relationships (in Google's case by giving away tools like analytics). Google was both adept at managing SEO practitioners and at extending its ecosystem over time to include bloggers and other content makers, and then of course maps, pages and so on.

I also made the argument that search gave Google the essential experience it needed to make Android work and core to that, and to Apple's success with iOS, was previous experience of being a transaction engine.

With Android and iOS, Google and Apple trailblazed the first major disruption of industry structures by modern business platforms, becoming horizontal players rather than resting in verticals, a point Accenture and McKinsey now make.

Airbnb, as I said here on Linkedin recently, has, similar to Google, set about developing a complex ecosystem, with no open API, and has played to a number of other strengths such as raising the quality and diversity of content, maintaining very low barriers to entry and extending the range of business opportunities.

From this and from examples like Airbnb I see these as the essentials of a platform:

Can you design a platform?

The great platform stories have all been about great journeys. From Google's construction of a search marketing market and the global restructuring of the content industries, to Apple's initial rejection of the app idea on the iPhone, the CEOs of Airbnb crashing on the flow of friends as they test their market and model, to BitCoin, to Ripple's long struggle to establish the Internet of Finance, these companies invent. They constantly invent how their new markets will function. So it's not really about developing a product or designing a platform so much as imagining how the market can changed what role you can claim in shaping it.

The question is whether you can plan that out in advance? Can you set a strategy that will stand the test of time?

I think there are several points you can explore in strategy setting that help alert everyone to the options you have downstream but designing the future has never been so difficult.

If you are doing SaaS or PaaS, the answer is yes, you have a strong community of fellow practitioners to learn from, and they are generous with advice. Sites like Saastr are an amazing peer resource for entrepreneurs who want to build out software as a service.

The record of companies that set out to design a platform though is mixed. The reason for that, I believe, is they tend to think a plan is their most important asset and they plan for yesterday's business environment.

A good example of that is GE. GE has tried three platform plays: ecomagination, healthymagination and Predix for industrial data.

Predix is at the most high profile data platform yet created. It is supposed to collate data from turbines, meters and other sources industrial machinery. Interestingly, when I spoke to competitor Rolls Royce recently their view of Predix was: wait and see.

Every industrial machinery company these days collates data. Rolls Royce has to collate data on every engine for 40 years or more and it uses that data to extend "miles in the sky" or operating life.

Dan Woods explains what Predix does differently using locomotives as an example:

"What Predix does for a locomotive is enrich its cruise control with something like Waze, but focused on far more complex systems than commuter traffic. Now each train can benefit from what happened on every other train, including rail, environment, weather and engine performance data and factor in that information. This works because information is gathered from the edge systems of the entire fleet of locomotives and sent to the Predix cloud, which can find insights in the information and send data and suggestions back."

Now that sounds like an incredible platform opportunity. However, it contributed to CEO Jeff Immelt losing his job. It required a level of faith in software capabilities that might just be misplaced.

Ultimately, yes, these types of data services may offer the marginal but significant gains Immelt claimed for them but if he had had more familiarity with software production he may have been more of a sceptic.

The point is you can plan a platform and find the theory just doesn't work out. Then you are stranded.

Zalando, the fashion retailer, announced two years ago that it would become the platform for the fashion industry:

"In the future we want to connect every stakeholder in the fashion  world: retailers, stationary stores, advertising agencies, logistic  services, app developers and many more."

There's no question that Zalando runs a great IT shop and that many of its commerce features rival those of Amazon.

What Amazon seems to have learned over the years though is that conventional commerce is itself the problem. The huge logistics costs and cash management problems of commerce don't weigh down companies like Alibaba.

A true platform like Alibaba had the opportunity to create data-insights into its merchant and customer investment and spending needs so it quickly became a financier with the capacity to price risk based on data banks could only dream of.

This kind of adjacency move is typical of a platforms. It's also fair to say that technical excellence is also an important feature. But being the connection point in an industry is a tall order, theoretically fine but difficult to pull off.

It is smarter to look for the small steps that will take you to big change, as must have been the case when Alibaba offered its first merchant loan. Just as Google didn't start out to be a mapping company or s source of traffic news or a video upload site, Alibaba didn't set out to be financial services behemoth.

Taking these adjacency journeys is integral to being a platform. It is about being alive to how a dynamic set of relationships can change and how to influence and shape it for good outcomes. It seems to involve entrepreneurs in asking questions like: what change can I make that will restructure this industry in my favour, rather than saying - I want to be the platform of choice.

What next for platforms?

I think the story of platforms from here on is about geopolitics and cryptocurrencies. The platform is becoming integrated, taking on more services such as finance and logistics, and it is taking on a new character: participatory capitalism is the next phase of growth and as an economic value system it belongs to China. Scale too cedes the future to the East, unless western economies become much more adaptable and creative.

By participatory capitalism I mean any economic arrangement where the customer base participates in the development of products and is rewarded with features or value that would not otherwise have been available.

In the space of two years China’s DJI has achieved 85% share of the global consumer drones market forcing US companies to downsize in response. In another area of the economy, IoT specialist Ingdan is on course to be the platform of choice for IoT component manufacture around the world (having already launched 16,000 IoT projects and experienced 365% growth through the first three quarters of 2016). These numbers represent hugely dominant performance.

Innovative and very smart, scale is allowing Chinese companies to quickly amass expertise in new areas by interacting rapidly with customers. This “participatory capitalism” means Chinese companies can draw on tens of thousands of consumer advocates to help with iterating new product features quickly, a key factor in its dominance of the drone industry.

By integrated I mean the capacity of a platform to deliver services that would previously have been delivered by companies foremother verticals, like banking and logistics. Platforms have to become more adjacency driven.

China, through Alibaba, is pushing the WTO to consider special tariff conditions for small package delivery so that it can grow trade outside the multilateral system.

Shifting trade to package logistics is hurting companies like Maersk and threatening companies like Deutsche Bundespost+DHL as platforms like Amazon and Alibaba get better at it — in a pilot project in Munich Amazon took 30% of DHL’s business.

Longer term (Amazon is one of DHL’s largest customers) the concern is that platforms will dictate the terms of business. In addition they are just more innovative and will move quickly into alternatives like drones, autonomous vehicles and last-mile delivery options.

For more on those issues I will be posting an article to my platform site soon. The other side of this coin is the cryptocurrency. It seems to me that crypto, especially the ICO, is a way to bind the ecosystem not just in the sense of having common purpose but also common reward.

Cryptocurrencies segue with participatory capitalism. But both also segue with the growth of common pool resources: open source software, open design, open currencies, we are taking numerous small steps towards a different type of economy built on common resources that are not enclosed by any one company.

There is another aspect of cryptocurrencies that people overlook. China's capacity to trade is inhibited by the lack of convertibility of its currency. Yes, you can always convert your RMB to dollars but in the world of trade companies that do business with China often still have to do this in dollars.

China will use cryptocurrencies to expand its bilateral trade arrangements, spurring even more rapid growth of its platforms.