Companies are under enormous pressure to embrace change. That’s the information I’m picking up these days. My gut reaction is: if you’re feeling the pressure and moaning about disruption, then... 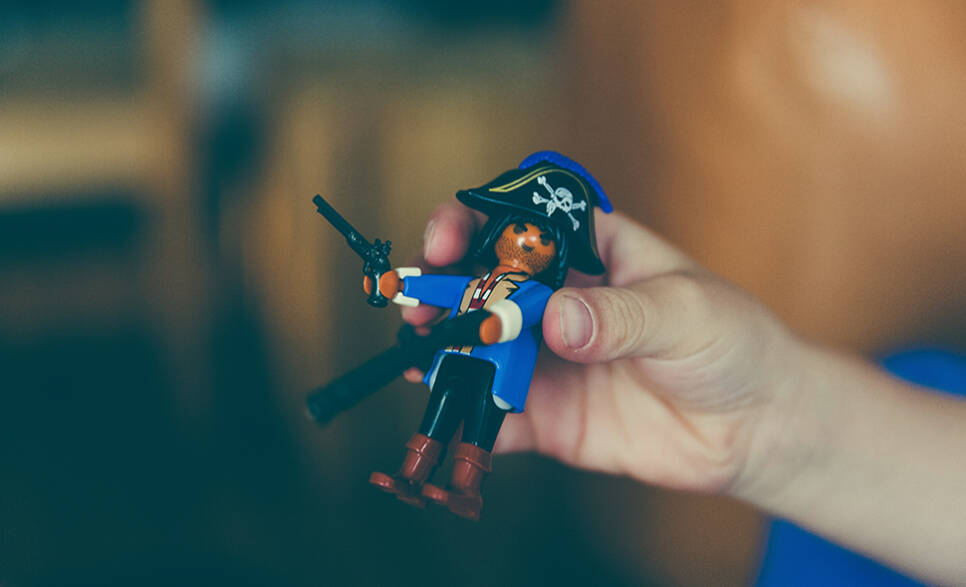 The solution consists in in knowing your strategic options well in advance. And trying out new business models.

For our people, of course, it’s impossible ‘to change exponentially’. All the logistic obstacles in our heads stand in the way of that. Heaping on the pressure, from outside, just creates extra stress. People just tuck themselves into a ball, like a hedgehog. People can change, provided they can see the point of it all and the change process is deemed safe. Unlike the tech world that surrounds us, human behavior does not evolve exponentially. It evolves discontinuously, and in sudden jumps. The same is true of organizations. Most organizations that ‘experience’ pressure are primarily centered, as yet, on human efforts.

The idea that an organization must change exponentially is based on a myth.

In my view, the idea that an organization must change exponentially is based on a myth. Saying that a company has ‘to change exponentially’ is like saying that everything within a company has to be in constant flux. So day after day, the maxim is ‘tabula rasa’ (turn over a new leaf). Maybe that’s fun for a small startup but, for a larger company, that means a chaos of constant flux. In the wider world, evolution is a continual process. But that doesn’t mean that you have to keep on changing everything in your company and continually turn it on its head. If a process functions well, that’s fine. Keep it like that. On the other hand, I also think that many companies change to new ways of working that are poorly considered.

One way to maximize your chances of survival and, at the same time, to evolve in a more manageable state is look upon ‘change’ as a process in which you learn to jump and, during which, you create ‘perches’ on which it’s safe to land. Daring to jump yet land safely? OK, let me explain.

You carry on doing what you normally do, in the way that you normally do it but, at the same time, and independent of the existing company, you try out a few wild and new ideas that cater, daringly, to the needs and frustrations of the customer. Concretely, this means that you free up people and tools and deploy them in order to recce future business models, to develop these, field-test them and to observe how the company could benefit from them.

That’s why we have ‛smart’ automation: to free up time and resources with which people can get cracking, creatively and with passion and verve. Your message to your ‛pirates’ – the people that who you send on ahead – is: look at how the world is changing, combine the stuff that’s out there plus some extras to be found in the ‛tech-cloud’, join the dots and then think up something brand-new that could, before long, be valuable to the customer.

I deliberately use the word ‛pirates’ to make it clear that your scouts should act fearlessly. They should flout the rules and culture of the existing company and invent their pirates’ nest unaided. Your pirates are the people with ideas that stand out from the rest, that recognize the needs and the frustrations of the customer and which say: ‘Hey, that could be done better, more pleasantly and in a much more ‘fun’ way…’ And if someone tries to mow them down, those pirates stand firm. Most companies can’t handle pirates. But, in actual fact, you should give them free rein.

Most companies can’t handle pirates. But, in actual fact, you should give them free rein.

Not every pirate ship will return laden with plunder. But that’s not the point. What really matters is: coming up with parallel, alternative business models and then testing them rigorously. That way, you create a cloud of future alternatives to your current business model. And by pursuing that course, you build, over time, ‘perches’ to which – you, as a company – can jump to .. and land ‛safely’. The ‛win’ aspect lies in the trying out and the ‘daring to give it a go’. If even just one pirate idea comes good, then it could become a spin-off project or, alternatively, transform the existing company.

Pirates’ nests, that’s what companies need. In my forthcoming book ‘The Day After Tomorrow – a travel guide for Managers’, I will illustrate – with lines and curves – that pirate-like behavior and the corresponding evolution, that goes up in sudden jumps.