Keep up with the latest innovation, tech & science evolutions with these awesome podcasts

Podcasts are by far the easiest way to grab some inspiration and learn about things that would otherwise probably never cross your path. I swear I can almost feel myself... 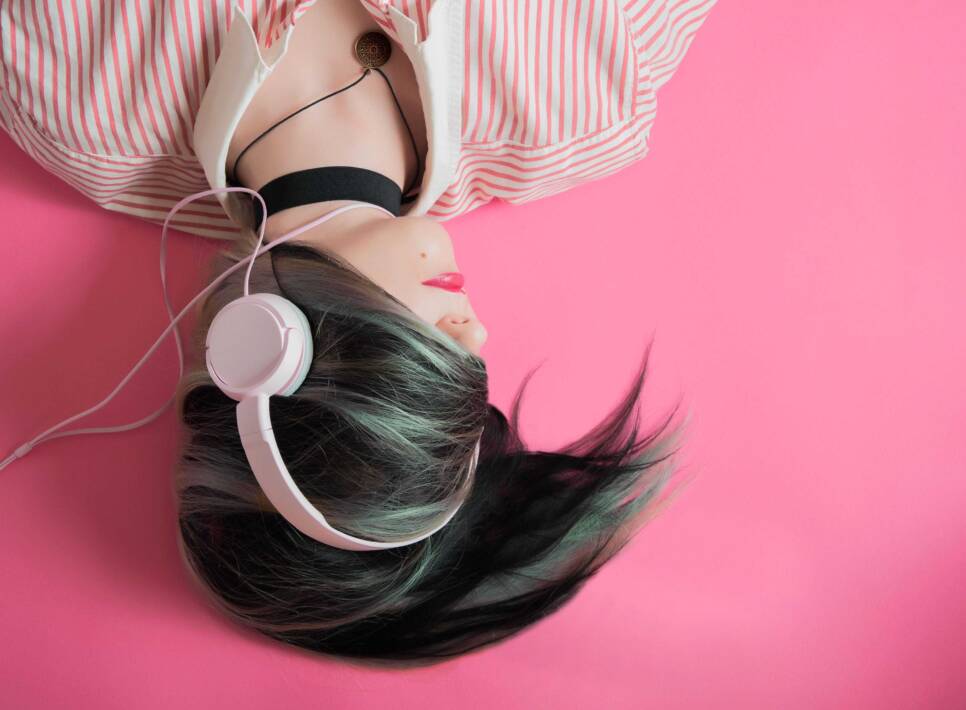 If you’re into technology and innovation but you’re also impatient and tend to phase out when people explain something for longer dan 90 seconds (admit it, you’re zooming out right now, aren’t you?), then the WSJ Tech News Briefing might be for you. You can plug in each day for a highly snackable dose of leading tech company news, the latest gadgets, consumer trends and cyber issues. Combine it with the ‘Steven’s weekly’ episodes on Steven Van Belleghem’s podcast channel, and you’ll get a pretty good grasp of what going on in the world of tech and business.

If you’re into tech and science overviews and you understand Dutch (sorry, rest of the world!), I’d like to add an honourable mention for the Nerdland podcast of Lieven Scheire and his merry crew of nerds. Seeing that they only air one episode per month which last between 1 to 2 hours (or more), don’t expect this to be snackable (Though you can listen in snack-sized moments, if you really want to. Pretty sure that the podcast police won’t arrest you for it. (Nexxworks and Laurence Van Elegem cannot be held accountable if you are arrested by the podcast police after all).). Above all, the series is a very understandable and entertaining way to keep up with the latest science and tech evolutions.

A16z stands for Andreessen Horowitz (ah yes, a + 16 other letters + z: got it?), which is the Silicon Valley based venture capital firm founded by Marc Andreessen and Ben Horowitz. Marc Andreessen is known as ‘God’ to geeks and other tech afficionados all over the world, among other many things because he co-founded Netscape (check the Business Wars episodes on that (see below)) and because he wrote a WSJ op-ed entitled “Software is eating the world”. The latter set off an avalanche of random people claiming “other stuff" - like data, mobile, Python, markets, agile, open source, Ai, IoT, cloud computing or content - "is eating the world”. I’m surprised there’s anything left of the world at this rate, but that's beside he point, I guess.

Andreessen Horowitz’ official podcast features “the latest tech trends and news about robotics, automation, AI, machine learning, cryptocurrency, and more from industry experts, business leaders, and other great minds”. While other podcasts tend to air new episodes on a weekly or even monthly basis (the longer episodes, I mean), a16z is very productive and launches multiple ones per week. This one’s real a ‘classic’ among tech & innovation podcasts, and it certainly does live up to its reputation. Good stuff.

The funny stuff - Stuff You should know

If you’re not into “serious” business-like expert interviews but prefer listening to two laid back and extremely goofy hosts discuss general knowledge topics ranging from chaos theory, trickle-down economics, deepfakes, LSD, Cleopatra and how trampolines work, then “Stuff You Should Know” will make you very happy indeed. You won’t hear any experts or opinion leaders here, it’s ‘just’ Josh Clark and Chuck Bryant explaining what they researched, supported by an expert-level of dad-joke-ishness.

Now, if you’re thinking “I’m a CEO/marketing expert/Head of Innovation (fill it the correct function), why the hell should I care how trampolines work or who Cleopatra was?”, do not think that. Chuck and Josh do tackle a lot of interesting business issues like the episodes about planned obsolescence and the gig economy. Plus, innovation tends to happen at the crossroads, in between industries, companies, people, cultures. It’s stimulated by unexpected inspiration from unfamiliar regions, … such as the region of trampolines (who wouldn’t want to live there?), Robert Johnson and the Australian emu wars. Also: just don’t be that person who can only talk about himself and his job. Be bigger than that: talk about human cannonballs (yes, they have an episode about that), Tin Pan Alley and coconut cults.

The Atlantic’s “Crazy/Genius” podcast tackles the “Big questions” about technology, science, and culture”. Its host, journalist and author of “Hit Makers” Derek Thompson, talks to some of the world’s most interesting experts and then adds snippets of his own musings and opinions in between the guest’s fragments. If you hate voice-over and expect that the interviewer sticks to asking questions, instead of adding his own opinion, then this might not be for you. But it would be a shame to miss Derek's excellent episodes like the ones about how Netflix changed entertainment, longevity, breaking up Amazon or how self-driving cars will change the world.

Now, if you’re a real story-addict but you still want to learn about business, then I can recommend “Business Wars”. It offers literally what it says: the unauthorized, real story of the epic “wars” between some of the biggest competitors out there - Netflix vs Blockbuster, Hasbro vs Mattel, Mc Donalds vs Burger King, Netscape (Yes, that Andreesssen "God", again) vs Microsoft, etc. - discussing what drove them and their leaders, inventors, investors and executives to new heights, or to ruin.

The show is highly dramatic, almost caricatural and very close to fiction (they tell the story and frequently re-enact dialogues between the main players of the story), but it’s also very entertaining. And sometimes that’s just what you need.

Now, sneaky as I am, I thought I’d just very casually mention our very own and brand-newish “nexxworks Innovation Talks”. (I completely deny that that was the reason why I wrote this piece in the first place.) You know, just some riveting conversations with (corporate) experts like Heather McGowan, Frederik Anseel, Bruce Fecheyr-Lippens (Solvay), Julian Birkinshaw (London Business School) (posted in the coming weeks), April Rinne (posted in the coming weeks) and many more to come. I’m not saying that you should follow us on Apple podcast or Spotify, only that you could. And that it will greatly enhance your personal wisdom (yep), happiness (mmmaaaaybe?), wealth (also very maybe) and networking conversations (100% sure!).

That’s it. I hope that you’ll find one you love. And don’t hesitate to let me know which ones inspire you the most.