“What’s your business model?”: it’s the dreaded question that has crushed many hopes and endeavours of even more corporate ventures and start-ups around the word. Is it a valid question... 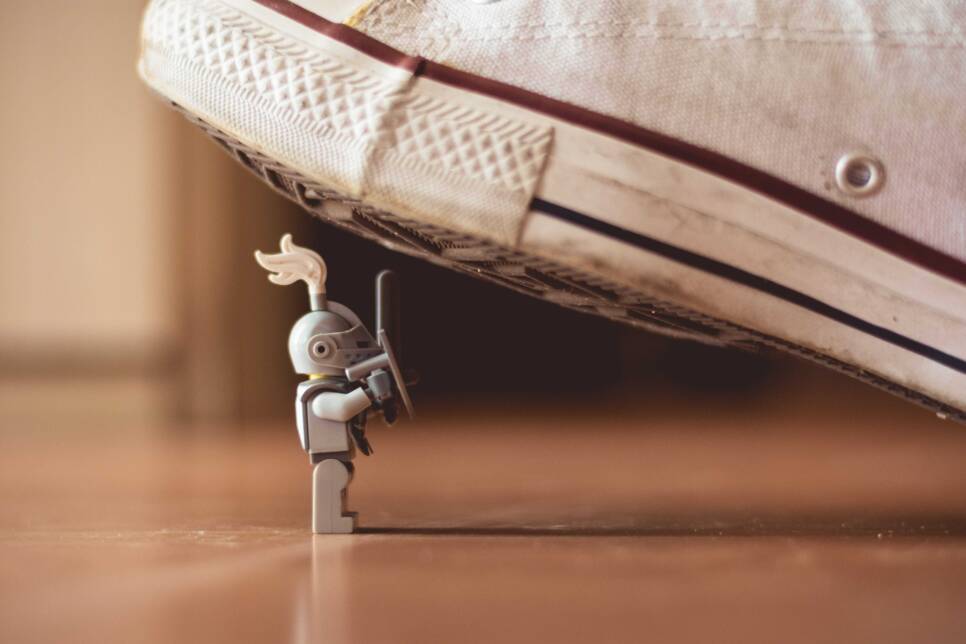 Google, then, started off as a Stanford class project from Sergey Brin and Larry Page. They simply wanted to create a better search engine and didn’t even found a company until 32 months later so they could hire their first employee. Cisco saw the light in 1984 when the manager of the Stanford computer science laboratory, Leonard Bosack, wanted to communicate with his wife, Sandra Lerner, from across campus.

The tragedy is that if Kjellberg, Kang, Brin, Page, Bosack and Lerner had presented their idea to their board or management inside an existing company, they would have failed the “What’s your business model?” question. All of them just went with the flow of their idea and refused to “pollute” it with revenue models. And they built some of the most powerful companies of all times. Yet, had they been in charge of innovation inside a corporate, their projects would very likely have been killed off. Why is that?

Accept that innovation is war

We like to talk about radical corporate innovation like it’s this almost magical flow of ideas inside a company, while it’s actually more like a war. Sustaining innovation may be a different case, but more often than not, business model innovation is the enemy of (the existing) business, not its ally. That’s because ‘business’ wants the certainty that it will make money in the short term. It needs this to survive as a system. Innovation, on the other hand, promises nothing but unpredictability. And should the said experiment ever make money, it will more than probably be in the (very) long term rather than the short term. The sad truth is that pure innovation and business have conflicting goals. If they are at peace, it means that you’re either doing something very wrong or something fantastically good (which tends to be the exception that confirms the rule).

Now, the problem with conflicting needs and ambitions is that only one side can be right. At least over here in the West. Eastern countries like China have much less problems with this type of opposites. That’s probably why innovation giants like Haier are able to foster and use the ‘innovation fued’ inside their company to their advantage, by making it a highly competitive and fast environment. But in the West, the corporate side is often the sad victor in the innovation war: certainty wins from unpredictability, revenue from opportunity and the short term from the long term. No wonder that corporates have trouble in fostering their frustrated innovation talent and keeping them from joining the competition: they are all fought out and ready to plant their ignored ideas elsewhere.

"Your current revenue is a threat to your future revenue"

This is exactly why radical innovation teams thrive when they have complete sovereignty in large corporates. And that’s where a lot of corporates still go wrong. What they call ‘autonomy’ or ‘empowerment’ is actually enlightened despotism: except for a certain decision power when it comes to their experiments and hiring processes, their innovation teams need to account for everything else to their ‘superiors’. The result is that the latter lose a lot of energy battling the status quo; energy that should have gone to exploring new customers, products, services and markets.

In the age of self-everything (self-driving, self-learning, self-sovereign identity, self-employment,…), it makes complete sense to offer our innovation teams the self-steering they deserve. Isolate and protect them. Grant them their own budget and the power to choose their own launches or to hire an implementation team. Acknowledge the fact that your current revenue will always be a threat to your future revenue, and vice versa, and structure your company’s system accordingly: with two fully independent parties that no longer have the power to unfairly sabotage each other.