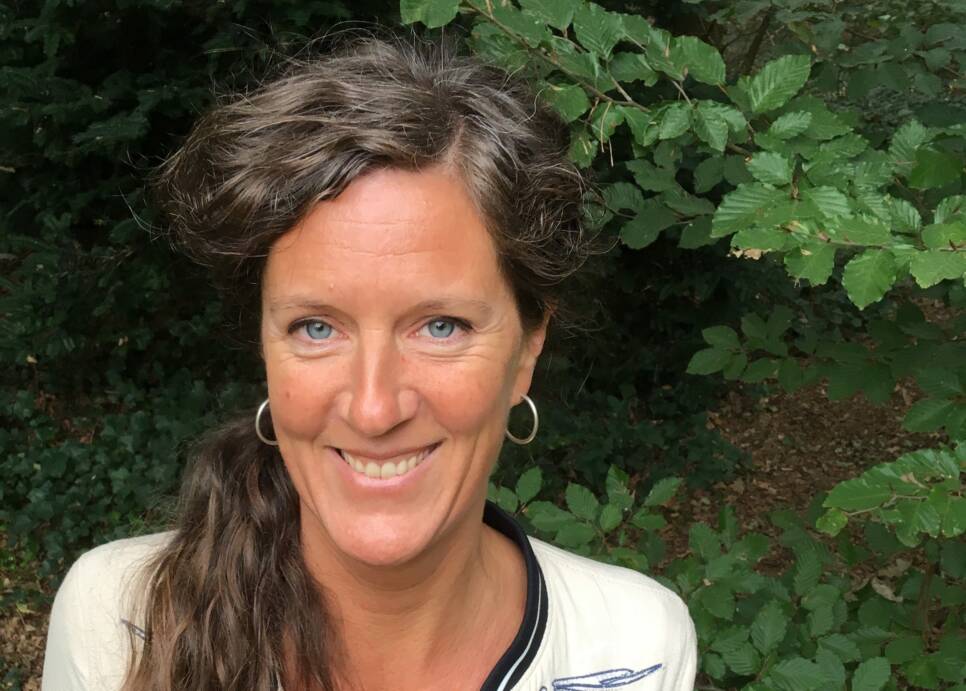 Innovation and organization are two of the biggest challenges faced by companies of today. That’s because market and organizational systems are extremely complex and unpredictable. And let’s face it, in spite of our obsession with managing complexity and unpredictability, we humans are very bad at it. Nature, on the other hand, is remarkably efficient at enabling and leveraging them, and that is probably why bio-inspired innovation, and especially biomimicry, has grown so much in popularity over the past few years: it allows us to emulate the models, systems and strategies of nature for the purpose of solving complex human problems in a manner that is simultaneously effective, efficient and sustainable.

One of the most accomplished Belgian voices on the matter is frequent nexxworks Innovation Bootcamp speaker, innovation biologist and sustainability transitions expert Leen Gorissen. Our expectations for this interview were high, and as usual she did not disappoint, inspiring us with surprising cases and vision about what we can learn from nature.

“One of the reasons why it makes sense to turn to nature for improving our products, processes and organisational formats, is because natural selection is so harsh,” Leen started. “99.9% of ‘nature products’ have gone extinct over the 3.8 billion years in which life has existed on earth. The 0.1% that are still around have learned what is most efficient in an environment with limited resources and what lasts despite generations of change and disruption. Just imagine what we could learn from these survival champions.”

Nature is built for evolution – organizations are built for stability

Leen believes that learning from nature will change the way we think about change itself. “Nature is experimenting all the time with new models, and only those that have the capacity to evolve and to adapt to changing circumstances will make it in the long run. The problem with current business thinking is that it builds on a mechanistic worldview. This machine logic hardwired dominant pathways of thought into our brains like linear thinking and compartmentalization that are based on the ideas that change happens linearly and that you can understand the whole if you understand its parts. Unfortunately, the world is not a machine but a living system where non-linearity is the rule rather than the exception, where things and contexts continuously evolve and where the whole is always more than the sum of its parts. Markets are no different, she said. “The better we understand how natural systems work, the better we can learn to navigate complexity, uncertainty and non-linearity, and the better organizations will be able to deal with change, and stay relevant the next 5 to 10 years.”

Not surprisingly, this can be challenging for us, because “many of our institutions and organizations are designed to prevent change; they want to maintain the status quo”.

Nature ‘s champions however are built for evolution, she emphasised. “Successful organisms have the inherent capacity to evolve according to changing circumstances. Building capacity for evolution into organizations is probably the most effective strategy that companies can implement to become more agile. One of the keys is to set up your organization with an internal innovation ecosystem.” Of course, she added, that involves installing a very different internal culture to what we have now.

A beautiful example of that is HR company Waggl, which looks to nature for its social innovation processes. Inspired by bees (“hence their name, after bee waggle dances which are used to communicate very effectively across the colony”, Leen explained), Waggl has developed tools for companies to radically improve employee engagement, crowdsource ideas from within, and implement democratic voting systems that allow for rapid adaptation to changing realities. This way companies can shortcut the slow hierarchical chains of command which are preventing timely responses to market changes.

Another example of a large organization that significantly improved business success by looking to nature for inspiration is the multinational carpet tile manufacturer Interface. She explained: “Not only have they radically improved their innovation strategy and products by imitating nature, they reduced carbon emissions to nearly zero and have secured a comfortable market position. And what is more, they show that having a greater purpose pays off. They are no longer satisfied with achieving zero emissions. They are out to create positive impact. A beautiful example is their Net-Works project that pays fisherman to fish up fishnets which they then turn into carpets. Part of their revenue is invested back into the local communities in mangrove restoration projects so that the fisherman in the future will be able to fish for fish again. So they make money while cleaning up the ocean and restoring coastal ecosystems. This idea came from one of their employees who received funding to put it into practice because instead of investing much in branding, they rather invest in their internal innovation ecosystem, enabling employees to innovate from the inside out.

Adding value instead of eroding it

According to Leen, if there is one important natural law that organizations can learn from, it is this: “Sustainability is the by-product of regenerative value creation.” “Organisms and systems in nature that have been around for millions of years have been able to survive because they add value to the environment they are embedded in,” she elaborated. “We humans and our systems, instead, are degenerating the planet and extracting rather than adding value.”

To really add value, she said, and therefore to thrive, organizations (and society as a whole) will need to ask: “How can we turn our degenerative value system around into a regenerative one?” “Many species are already doing this,” said Leen. “And the Interface example shows that it’s not impossible. But organisations will have to radically invest in ecosystem thinking and in boosting creativity and courage to step out of the beaten track of business-as-usual.”

She gave the example of the great whales, which add value by contributing to keeping the climate steady, healthy and life friendly. “With their behaviours in the ocean, they advance the processes of carbon dioxide sequestration, a drawing down of carbon from the atmosphere into long-term storage in the sea,” she explained. “It’s regenerative because the great whales enrich their environment in a way that increases the vitality and viability of all ecosystems on Earth. We might not have been around if they hadn’t. And it is not just the large creatures that have developed sophisticated ways to improve the environment. Researchers have recently discovered that plankton make clouds when the sun burns too much. More clouds means more reflection and more cooling. The natural world is by far more hi-tech than we can imagine. The clue is to add value rather than extract it.

Leen proposes that companies that have a purpose beyond profit – companies that add value to the higher systems they are a part of – will have an advantage in the long run. The more the customers learn about the degrading effects of business-as-usual, the more ‘return on reputation’ will become the new norm. Technologies will certainly play a huge role in reshaping our world, she acknowledged, but there is one thing we have not realized yet. “Nature has already equiped us with most powerful technology for the future: our brains and our will to evolve into a species that just like the trees and the whales, do good for the planet. We just don’t ‘get’ how to do that yet. Of course, this requires us to reprogram our brains to let go of our reductionist, linear, individualistic thinking and to instead ask: what do we need to become to have a positive impact on the planet and how can we evolve that capacity?”