If you want to change the world, you need to start with small groups, loosely connected but united by a shared purpose

All too often, we think creating change is about charismatic leaders and catchy slogans. Most often, change efforts fail because they seek to overpower rather than attract. That’s why to... 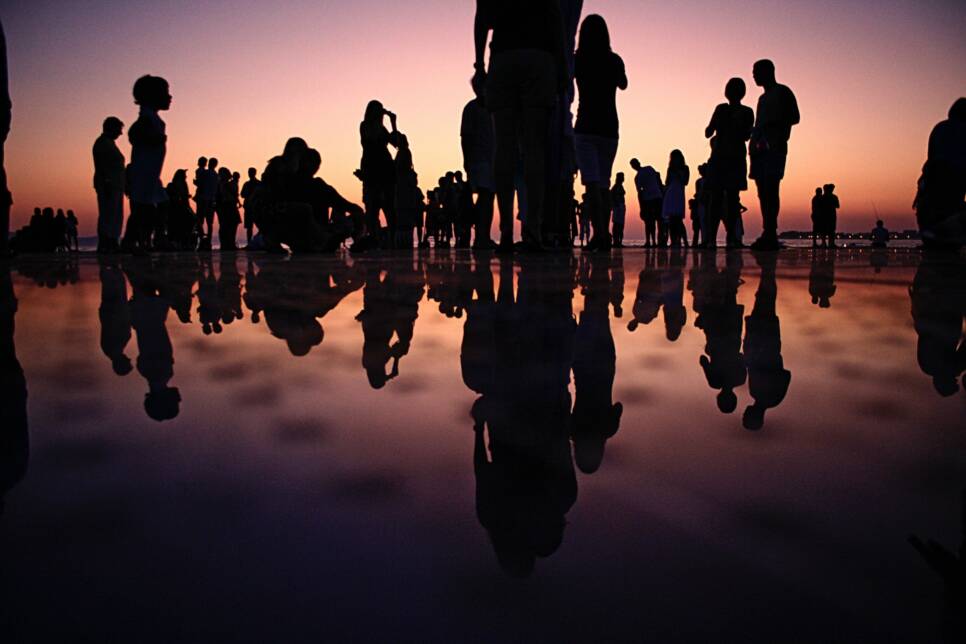 In 1847, a young doctor named Ignaz Semmelweis had a major breakthrough. Working in a maternity ward, he discovered that a regime of hand washing could dramatically lower the incidence of childbed fever. Unfortunately, the medical establishment rejected his ideas and the germ theory of disease didn’t take hold until decades later.

The phenomenon is now known as the Semmelweis effect, the tendency for people to reject new knowledge that contradicts established beliefs. Whether you are a CEO trying to launch a new initiative, a political leader pushing for an important reform or a social activist advocating for a cause, you need more than a big idea to change the world.

The problem is that a new idea has to replace an old one and the status quo has inertia on its side. Even those who are easily convinced have to convince those around them and those, in turn, need to convince others still until the long chain of influence results in a change of the zeitgeist. That’s why to truly make an impact, you need small groups, loosely connected, but united by a shared purpose.

To understand how new ideas take hold it’s helpful to look at a series of conformity experiments conducted by Solomon Asch in the 1950s. The design of the study was simple, but ingenious. Asch merely showed a group of people pairs of cards like these:

Each person in the group was asked to match the line on the left with the line of the same length on the right. However, there was a catch: almost everyone in the room was a confederate who gave the wrong answer. When it came to the real subjects’ turn to answer, most conformed to the majority opinion even when it was obviously incorrect.

The idea that people have a tendency toward conformity is nothing new, but that they would give obviously wrong answers to simple and unambiguous questions was indeed shocking. Now think about how hard it is for a more complex idea to take hold across a broad spectrum of people, each with their own biases and opinions.

The truth is that majorities don’t just rule, they also influence, even local majorities. So if you want an idea to gain traction, the best strategy is not to try to immediately spread it far and wide, but to start with groups small enough to convince a majority. Once you do that, you can begin to work to achieve wider acceptance.

One important aspect of Asch’s conformity studies was that the results were far from uniform. A quarter of the subjects never conformed, some always did, and others were somewhere in the middle. We all have different thresholds for conformity that vary widely, depending on a variety of factors, such as our confidence in our knowledge of a subject.

The sociologist Mark Granovetter addressed this aspect with his threshold model of collective behavior. As a thought experiment, he asks us to imagine a diverse group of people milling around in a square. Some are natural deviants, always ready to start trouble, most are susceptible to provocation in varying degrees and the remainder is made up of unusually solid citizens, almost never engaging in antisocial behavior.

You can see a graphic representation of how the model plays out above. In the example on the left, a miscreant throws a rock and breaks a window. That’s all it takes for his friend next to him to start and then others with slightly higher thresholds join in as well. Before you know it, a full scale riot ensues.

The example on the right is slightly different. After the first few troublemakers start, there is no one around with a low enough threshold to join in. Rather than the contagion spreading, it fizzles out, the three miscreants are isolated and little note is made of the incident. Although the groups are outwardly similar, a slight change in conformity thresholds makes a big difference.

It’s a relatively simplistic example, but through another concept Granovetter developed called the strength of weak ties, we can see how it can lead to large scale change in the final graphic below as an idea moves from group to group.

The top cluster is identical to the one in the first example and a local majority forms. However, no cluster is an island because people tend to belong to multiple groups. For example, we form relationships with people in our neighborhood, from work, religious communities and so on. So an idea that saturates one group soon spreads to others.

Notice how the exposure to multiple groups can help overcome higher thresholds of resistance, because of the influence emanating from additional groups through weak links. Physicists have a name for this type of phenomenon — percolation — and configurations like the ones in the diagram are called a percolating cluster.

As I explain in my upcoming book, Cascades, there is significant evidence that this is how ideas actually do spread in the real world. So if you want an idea to gain traction, the best strategy is not to try to convince everybody all at once, but to start with small groups with low resistance thresholds. They, in turn, can help you convince others and build momentum.

As many have observed in recent years, you don’t really need leaders to spread ideas. Some, like LOLcats, go viral all on their own. Yet if it’s an idea that you consider to be important, you don’t want to leave things to chance. In many cases, such as the Occupy Movement, even an initially popular idea can spin out of control and lose credibility.

That’s where the importance of leadership comes in. The role of a leader is not so much to guide and direct action, but to inspire and empower belief and a sense of shared purpose. You can’t expect people to do what you want, they first have to want what you want, which is why you can’t change fundamental behaviors without changing fundamental beliefs.

Now we can see where Ignaz Semmelweis went wrong. Rather than working to gain allies among likeminded people, he castigated the medical establishment—those who had high resistance thresholds to a challenge of established beliefs. Instead of being hailed as an innovator, he died in an insane asylum, ironically from an infection he contracted there.

So we need to redefine how we think about leadership. In his new book, Leaders: Myth And Reality, General Stanley McChrystal defines leadership as “a complex system of relationships between leaders and followers, in a particular context, that provides meaning to its members.” Control, as attractive as it may seem, is always an illusion.

You Can’t Overpower, You Must Attract

All too often, we think creating change is about charismatic leaders and catchy slogans. People see Martin Luther King Jr. and “I have a dream” or Obama and “Yes, we can,” and think that you need a heroic leader to make change happen. In a similar way, they see CEOs like Steve Jobs or Elon Musk thrill audiences on stage and think that’s what entrepreneurship is all about.

This is a trap. Movements like Occupy didn’t fail because they lacked a Mandela or Gandhi, any more than countless startups fail because they lack a Steve Jobs or Elon Musk. Successful movements like Otpor in Serbia and Pora in Ukraine prevailed against incredible odds, in much more difficult environments, without visible leaders. Bill Gates isn’t really such a charmer and neither are Sergey Brin and Larry Page, the founders of Google.

Most often, change efforts fail because they seek to overpower rather than attract. Semmelweis sent angry letters to his critics, rather than address their concerns. Many of the Occupy activists were shrill and vulgar. Silicon Valley entrepreneurs are often known for their arrogance as much as for their technical prowess.

The problem is that fantasies about overpowering your foes are much more romantic than doing the hard work of building traction in small groups and then painstakingly linking them together through forging a sense of shared purpose. Yet if you want to truly change the world, or even just your little corner of it, that’s what you need to do.