How to co-create the day after tomorrow of your organisation

Organizing for the Day After Tomorrow - Part 5. There are many ways companies can enhance and accelerate their innovation endeavors, depending on their size, culture, organizational structure and other... 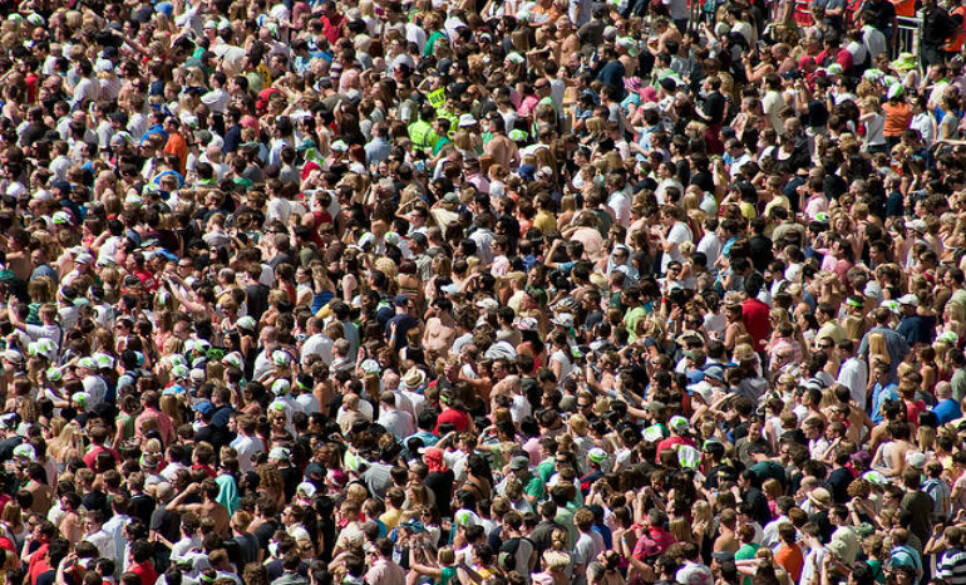 Keeping In Touch With Your Market

Organizations struggling with unconnected and un-collaborative silos are common but in some cases it’s the entire organization that functions like a silo, secluding itself from the outside world. There is nothing more dangerous than this type of detachment in today’s fast moving environment. Whereas innovation used to develop at a more leisurely pace in a bell curve, most industries are now dealing with shark fin disruption: there are a few minor warning signs of change – captivated only by the attentive watchers – after which a few key players (sometimes even one) takes over just about the entire market, leaving almost no room for anyone else.

One of the most efficient manners to keep in touch with increasingly complex markets is to use co-creation with customers. This is a great way of looking ahead at a company’s day after tomorrow through the lens of their customers instead of through one’s own lens. Ideas coming from outside the organization tend to meet less resistance than when they are originated by employees with similar ideas. It’s a strange form of bias, but it’s the reason that valuable suggestions are too often ignored.

One of my favorite examples in co-creation comes from international payment technology company, Mastercard, and its successful Innovation Labs which are run by Garry Lyons. It was within the Dublin Lab, one of many Innovation Labs that Mastercard operates around the globe, that the Launchpad program was born, a program that has resonated with companies around the world and across various industries. The Launchpad concept starts with Mastercard working with customers or partners to identify a well-defined problem facing that customer or partner. Mastercard then brings a multi-disciplinary team of designers, developers and product experts from their Labs – augmented by subject matter experts from the relevant part of Mastercard – to come up with a radical idea to solve the challenge in just one week. At the end of the week they have a working prototype, a video advertorial of the solution and a go to market plan. Mastercard runs Launchpads around the world on a weekly basis. I was part of one of those experiments and they are truly inspiring.

Many of the Mastercard customers that are involved in the Labs projects are obviously banks. But one of my favorite examples is the collaboration with Maytag. In the U.S., it is the largest supplier of washing machines that are used in laundromats. The problem is that all these washing machines and dryers in laundromats typically operate on quarters, a hopelessly outdated approach in a dematerializing world. So Maytag came into Mastercard Labs and in the course of just one week, they together built a prototype of an app called Clothespin. The app allows customers to use the laundromat “coin-free,” instead paying directly with their mobile phone. If they want, they can enjoy a beverage at the coffee bar next door while their laundry is being processed because they are notified when the wash is done. I absolutely love the feature that for 50 cents extra, you can follow a webcam that is continually showing your spinning clothes so that you are sure no one is stealing your socks.

The most impressive part of Mastercard Labs is not just that they open a continuous dialogue with their customers. It’s the speed at which the projects evolve. In just one week the project owners are able to evolve from idea to prototype, which can then be re-evaluated or actually scaled out to a real-life product or service. There is no time for the projects to grow “stale.” The innovation teams are empowered. Management is on board. And Mastercard’s culture has a big part to play in that. So it’s not just about the co-creation, or even the lean and agile methods used to accelerate, adjust and grow the innovations. The company’s inner “social” context is as important.

But co-creation is not just about keeping a close eye on a fast evolving market. One of its lesser known characteristics in purely neuroscientific, as explained by Judith Glaser: listening to “outsiders” – customers – without judgement and with a fresh perspective triggers our prefrontal cortex or executive brain to access higher-level capacities. This enables us access new ways of thinking and to handle gaps between reality and aspirations. Without this part of the brain activated, Glaser warns that we tend to fall back into positional thinking and fight for our vested interests. In other words, co-creation stimulates us to focus on emerging business – on day after tomorrow thinking – instead of obsessing about the status quo and company politics.

Glaser continues by saying that as the co-creators develop a bonding experience (oxytocin rush), they start to open up new conversations about “what ifs.” They imagine new possible collaborations, even fostering higher risk taking and openness. Co-creation opens the “infinite space” which our minds need to be free to connect with others in new ways. So it is not just about two different parties sharing ideas with each other that they would have never thought of on their own. It is just as much about the individual parties being more open, alert and innovative themselves, because of the impact co-creation has on their brain.

I feel that the only drawback from this kind of co-creation labs is that they are often not radical enough to survive the day after tomorrow of an organization. They tend to be more about incremental innovation than about disruption. But if they are done right, they are a brilliant way to innovate and to bring radical thinking inside an organization, through the lens of your customer.

This article is part of a series about how organizations can survive their day after tomorrow (DAT) by focusing on radical innovation. Read part 1, part 2, part 3 and part 4.