How to innovate with your employees as your first ‘customers’

Market innovation requires guts: you leave everything that you know behind and launch yourself in a brand-new industry, with brand-new customers, partners and competitors. But what if your employees were... 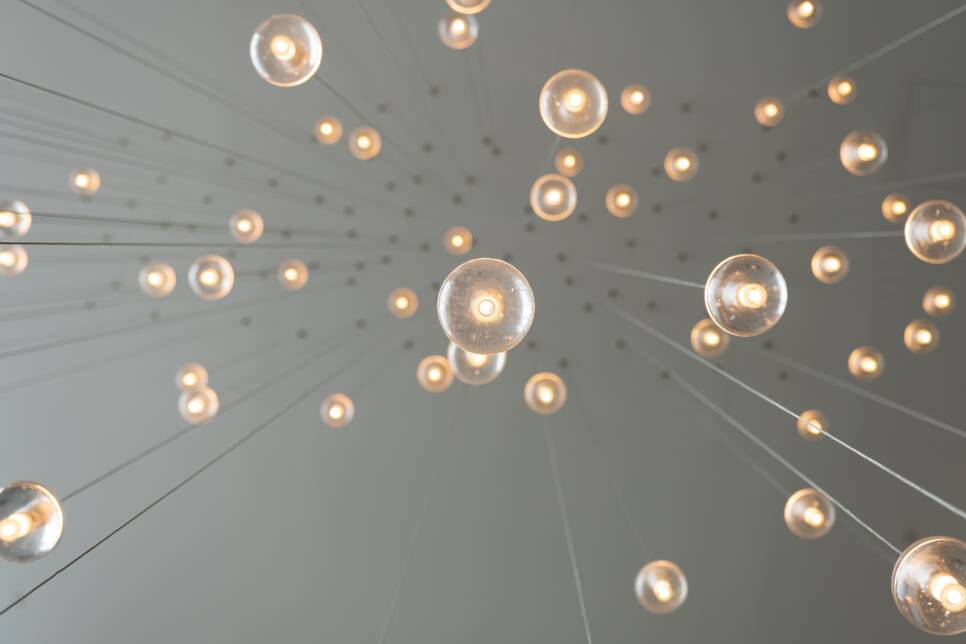 That’s exactly what Amazon, Slack, Aertssen and Solvay did: they recycled successful digital innovations from within the safe boundaries of their company and then afterwards launched them commercially to the benefit of the outside world.

This is how they did it:

Amazon: disrupted the software market when they needed a scalable IT infrastructure

Though today, the company has grown far beyond that, we all know that Amazon started out as an online bookstore. Just as the Amazon River is the biggest river in the world, Bezos originally ‘just’ planned to create the biggest bookstore in the world. And as his book business grew and, even later, the company began to diversify its offer (a lot), so did its need for faster technology deployment. This need for efficient scalability is why the Amazon Elastic Compute Cloud (EC2) - the beating heart of Amazon.com's hugely successful cloud-computing platform Amazon Web Services (AWS) - was actually first developed to support and centralize Amazon's internal infrastructure. Chris Pinkham, then Amazon's VP engineering, realized that his team needed to provide faster services to development teams. So - very much in line with Amazon’s ‘think huge’ philosophy - Pinkham and his team had started building an "infrastructure service for the world" which would grow to become the backbone of the immensely successful AWS market innovation.

So what exactly happened here? Most Amazon teams had been building their own resources for an individual project - databases, compute or storage – without thinking about scale or reuse. Basically, they had to start from scratch with each new project. So Amazon’s head IT team knew they needed a way to centralize the technology infrastructure into a set of common infrastructure services in order to scale just as quickly as the business was growing. And, almost simultaneously, they realized that many others were struggling with the same problem and that they could sell this infrastructure as a service , at a fraction of the price of the competition. They never realized how huge AWS would become, but they knew that there were many others like them out there, that would benefit from EC2. And boy, were they right about that.

Solvay: from internal LinkedIn-like platform to an employee experience platform

Some of you may recall Peter Hinssen’s podcast interview with Solvay’s Bruce Fecheyr-Lippens where he makes the case for more innovation and diversity in HR (he is joining Peter on our awesome upcoming Work In Progress Tour in November). If you missed the podcast, I highly recommend it. You can listen to it here:

Bruce is, among other things, responsible for Digital HR and People Analyticsat Solvay, a successful Belgian chemical company founded in 1863. One of the most interesting accomplishments of Bruce and his team is the internal – LinkedIn-like – collaboration tool they called ‘You’. The reason why they decided to develop their own platform, instead of using existing market tools, is quite simple: Bruce first did set out to investigate the possibility of buying an out of the box tool from ‘big’ vendors, but he felt that they were all inadequate, at least for what they were trying to accomplish at Solvay. He had been looking for an employee-centric tool to enable collaboration and had to conclude that all the existing ERP-like HR tools weren’t a good fit. He then went on to investigate smaller, more agile solutions, from start-up vendors. But those tended to be too niche and specific, while Bruce felt he needed something more holistic. So he and his team decided to build the solution by themselves, and fast (in less than 6 months) which is very unique for such a large company like Solvay. The result: they were able to create a tool for employees, by employees. Which is a lot more efficient and relevant than using an impersonal out of the box solution.

But the story does not end there. As this platform was so successful internally, Bruce and his team started to receive many questions from enthusiastic companies and HR colleagues whether they could also purchase the platform. So together with a few colleagues, he sensed there was a market for their solution and they just now decided to launch the employee experience platform huapii. The aim of huapii is to also help other companies to unleash the full potential of their teams and organizations: helping them adopt new ways of working and manage their own career in an empowered manner.

Aertssen: created a new platform business when they digitized an inefficient process

The new Smartyard business of the Aertssen Group - a 60-year-old Belgian-based construction and infrastructure company active in over 31 countries and one of our most innovative customers - is another beautiful example of an internal innovation that was commercialized to the outside world. Just like Amazon, the Aertssen team needed to streamline a time-consuming internal process in a more efficient manner: every day, their project planners needed to rent heavy machinery which could only be done ‘efficiently’ by phone. But this took up a lot of time and the lack of data traces often unintentionally created a lot of mistakes. When the company decided to completely digitize this repetitive task, the internal impact turned out to be enormous: the planners ended up renting the materials 75% faster, making 55% less mistakes.

This might have been ‘just’ an example of internal digital transformation, were it not for the highly entrepreneurial and innovation-driven Aertssen management. They immediately realized the enormous market potential of this internal efficiency-driven tool. So they launched the platform Smartyard to the outside world, so that it would allow others - a lot of competitors included - to hire or rent out heavy construction machinery a lot faster, more frictionless and more efficiently. It’s in fact a pure platform approach, much like Uber or Airbnb: Smartyard does not own any machinery of its own, it merely brings interested parties together and simplifies a process that used to be exceedingly friction-heavy. And the data underlying these interactions is used to continuously improve the experience. Just like with their core business of construction, Aertssen has big plans for launching Smartyard internationally, fully aware that the asset-sharing and P2P economy is residing at a very seminal stage and still holds a lot of potential for growth.

Slack: commercialized the internal communications tool of its game-creating team

Technically speaking, this is what people would refer to as a start-up pivot story. Which means that it has a very different dynamic than for instance a large and well-funded company like Amazon launching itself in a completely new industry. But the set-up is absolutely the same: Slack was originally an internal communications tool before it was commercialized.

This is the story that CEO and co-founder Stewart Butterfield told Reid Hoffman in his Masters of Scale podcast: back then, Stewart and his Tiny Speck company team had been working on an interactive game called Glitch, which was actually Stewart’s second (the first was online role-playing game called Ludicorp which then pivoted into Flickr). Though Glitch had strong daily active user adoption, less than 3% of those users stayed around longer than 5 minutes after signing-up. So Stewart’s team tried for about a year and a half to make Glitch users “stick” around. Unfortunately, nothing really worked. And a heart-broken Stewart had to decide that it was time to shut down, even if they still had $5 million in the bank. Surprisingly, the investors didn’t want their $5 million back. They believed so much in Stewart and his team that they wanted to know what other ideas they had for possibly getting a return on their money. So the team brainstormed over ideas and then ranked them. Together, they decided that the best concept they had was to productize and market the internal communications tool that they had built to run Glitch. And that is how Slack was born, the now hugely popular cloud-based set of team collaboration software tools and online services.

Listen to the Masters of Scale podcast episode with Stewart Butterfield here:

So what can you learn from these amazing examples? Well, that this is a great way to find, build, test and launch new products and services:

Has your company innovated in a similar manner, by productizing an internal tool, service or process? Tell us at blog@nexxworks.com. We’re always looking for amazing innovation stories!