Mary Barra, the CEO of General Motors, is one of the leaders I most admire. GM is an icon of American entrepreneurship, firmly woven throughout the fabric of the U.S... 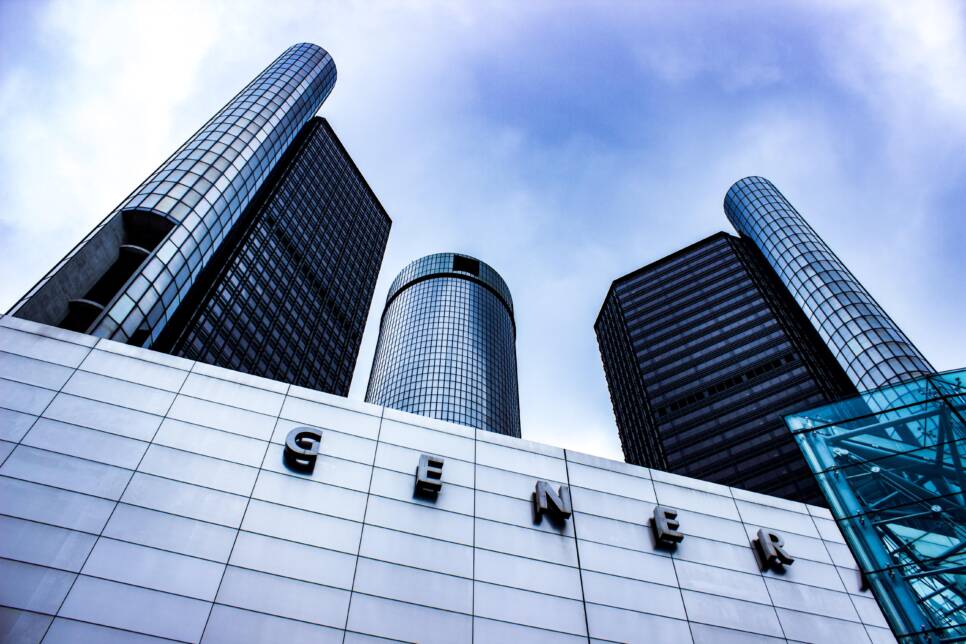 General Motors eventually ran itself into the ground and declared Chapter 11 bankruptcy on June 1, 2009. This biggest industrial bankruptcy in the history of mankind marked a pitch-black moment for the American economy. Not so long before, in 2007, GM had celebrated its position as the worlds’ largest carmaker, for the 76th consecutive year, and was sitting on more than $25 billion in cash. Eighteen months later it was bankrupt, pushed over the edge by the financial crisis of 2008, and had to be bailed out by the American taxpayer. In an article titled ‘A giant falls’, the Economist wrote: “No one believes that GM will ever return to its former glory.”

Learn how to build future-proof organizations in our upcoming Mission OX!

There are many reasons why General Motors failed. They didn’t try their best to understand customers, who, it turned out, might want different things from a car. They did not pick up on the signs of changing tastes. Finally, they didn’t adapt their operating mechanisms fast enough. It took them way too long, for instance, to realize that the Japanese could not only make better cars, but also could do it far more efficiently. They were too slow to respond to changing gas prices, and didn’t act quickly enough to build vehicles that were much more fuel efficient. But what ultimately killed them off was the enormous cost of labor. After the Second World War, GM had been growing so quickly that they needed to secure a steady flow of new employees. So they agreed on labor deals with the United Auto Workers union that, over time, would turn into an insupportable burden. The cost of retired workers’ health care for example, diverted billions of dollars from developing new models: every single car that drove off the assembly line cost $1,400 more than those made in Asian plants because of this.

So when Mary Barra became the CEO of General Motors in 2014, she was faced with one of the toughest challenges in corporate America. Barra was a GM lifer, having started her career as an intern at the company in 1980, when she was only 18 years old. She graduated from Kettering University (originally the General Motors Institute of Technology, actually), with a degree in electrical engineering, and rose quickly through the ranks. She ran manufacturing, headed up Human Resources, and eventually became head of Product Development. When she was chosen to become the CEO in January of 2014, she was the first woman ever to run a Detroit automobile manufacturer.

Her job was to no less than restore GM to its former glory. Not only did she have to deal with the massive ‘Shit of Yesterday’, but she had to steer the company towards a new future, with the ACES (the automotive trends of Autonomous Connected Electric and Shared) typhoon on the horizon.

When she became the chief executive, she predicted that she “expected to see more change in the world of transportation in the next 10 years than we have seen in the past 50.” Five years after her appointment, she remarked: “Today, that pace of change is only accelerating. In this rapidly changing world, General Motors must earn the right to exist.”

She embarked on a mission to completely rethink and remake General Motors. The vision of the company is now centered on a future of transportation that is characterized by Zero Crashes, Zero Emissions, and Zero Congestion. For her, the ACES trends are the ‘mechanisms’ to unlock the possibilities of that vision. When she took the helm, she quickly realized that GM did not own all the ingredients to fully unlock the ACES potential, and so she invested $500 million in the shared transportation company Lyft. At the time, this seemed like an awful lot of money to shell out for a company that just recovered from bankruptcy thanks to a government bailout. However, it proved to be quite a good investment: two years later Lyft IPO-ed and the value of the GM stake had doubled. But it also provided an excellent top of the Hourglass radar screen for Barra to understand the world of the collaborative economy.

She also acquired an Autonomous Driving San Francisco based startup called ‘Cruise Automotive’ in 2016, for the all-in price of $581 million. That too may seem like a big chunk of change for a startup that could not even present a working prototype at the time. But it gave GM excellent insight into the world of autonomous cars. In fact, GM did a great job at keeping the startup independent without its own ‘machine’ squeezing the living daylight out of it. Cruise has since become the #1 competitor of the Google division of Waymo. It was also, in hindsight, a really smart financial move. Investments in Cruise in 2019 from Japan’s SoftBank Vision Fund and Honda boosted its worth to almost $15 billion. But apart from the financials, the acquisition of Cruise gave GM an active – top of the Hourglass – interface into the innovation ecosystem of Silicon Valley.

The transformation at GM continues to be brutal. It is not just about investing in the future, but it is also about letting go of the legacy of the past. Since she became CEO in 2014, Barra has not just been dropping cash in Silicon Valley. She also had to shut down production plants and eliminate unsuccessful and money-losing models. And of course, she had to lay off thousands of GM employees, who were not 21st century proof.

‘Time is not our friend’ is one of her favorite statements. Change is brutal, and this definitely is not just about technology. It is just as much about culture, leadership and skills. Transforming a company like GM is the same process as transforming the workforce. Barra noted a list of 10 critical ‘jobs’ that would be essential to the future of General Motors, and its capability to respond to the ACES disruption:

It is fascinating to see this list and think that half of these jobs weren’t even around as a ‘job’ when General Motors filed for bankruptcy in 2009.

General Motors isn’t out of the woods, of course. Plus, it’s only starting to drizzle in its industry, since the full impact of ACES hasn’t even begun. But Mary Barra is preparing her company for the biggest, most fundamental changes the industry has ever seen. As she puts it herself: “We are in the midst of nothing less than an absolute transportation revolution.”