How innovation feeds on open systems and opposite thinking

Yesterday, I had a blast listening to professors Erik Mannens and Frank Verstraete talk about AI and quantum computing. What follows is a recount of two insights that their performances... 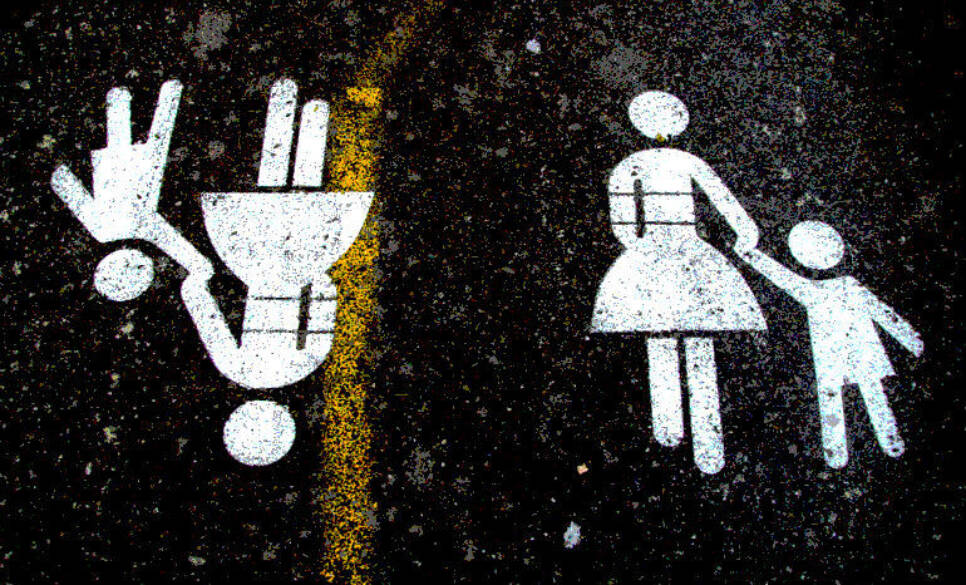 In his presentation about Artificial Intelligence, Erik Mannens stated that opening your machine learning systems and algorithms is the best way to feed them the mass of data they need to rapidly gain in intelligence. That’s because machine learning systems are only as smart as the amount of data they can devour: the more data they crunch, the higher their learning the curve and the smarter they become. It should not come as a surprise, then, that the biggest data giants out there, are opening up all kinds of AI systems and models. This insight really triggered me to overthink the powerful trifecta of openness, intelligence and innovation.

Take Erik’s example, Google’s Quickdraw tool, a platform that lets people doodle images so its neural net can learn to recognize these drawings. Or even better, the Magenta project from the Google Brain team that investigates if we can use machine learning for art creation and that has released its models and tools in open source on GitHub. For a data company like Google, making its tools, models and systems accessible to the public offers two advantages. One, it can gather even more data about its users, how they interact and what their interests are. In other words, it reinforces its own core business even more by opening up. Two, it feeds the right data to a learning system that thus becomes even smarter.

Quantum computing pioneer D-Wave’ recently released its Qbsolv software as open source, meaning anyone will be able to freely share and modify it. Google, again, has more than 2000 open source projects running today. Last year, IBM open sourced its blockchain code. Do you see the pattern? And yet, so many corporates - most of them in fact - keep their data, models and systems closed off. NOT a smart move, if we see the latest evolutions.

"EVERY company is a data company"

Not being a ‘data company’ like Alibaba or Google is not an excuse to keep your intelligence only to yourself. The fact that some companies sell mostly atom-based products or services which are more difficult to digitize is a bad excuse for such a locked-in approach. Because, as we learned from Quantum Physics Professor Frank Verstraete in that same Ignition Bootcamp, everything in the universe that is “matter” is also just information. There is no actual distinction between matter and information, or, if you will, data. So, yes, even “atoms” companies will benefit from letting the outside world in. From sharing their information-matter. You only have to look at the success of the sharing economy or the data-monetization business model to understand how true this is. EVERY company is a data company. Most just need to learn to leverage this data.

We all know by now that closed systems do not work. They kill innovation. They are dumb, slow and myopic when it comes to the future. Closed, siloed systems in IT are stupid. Literally. Siloed departments in companies are stale, static and self-destructive. Companies that are closed off from their environment, obstruct their intelligence and energy intake. That’s because, as systems theory dictates, a closed system contains limited energies and always evolves towards entropy. You need external energy to grow, learn, gain in intelligence or just plainly, to stay alive. Open systems have a continuous input of new external energy. They feed the system new intelligence. Or as Peter Hinssen would say, the network always wins. So make sure you work with it, not against it.

Sometimes the problem is the solution

Another statement from the Ignition Bootcamp I absolutely loved was another one from Quantum genius Frank Verstraete: about how our usual response to a problem is to fight it, but how sometimes it’s better to use the disadvantage itself and turn it into a positive quality. That’s exactly what quantum computing does. Literally everyone else in the traditional computing market is looking for a way to fight the end of Moore’s law, now that transistors and computers chips are getting so small, that they no longer respond to traditional physics and start to act according to the laws of quantum mechanics. Now, this quantum behaviour in transistors is detrimental to traditional computers. That’s why most industry players are looking for a way to encompass this. But quantum computing pioneers do exactly the opposite: they flip the problem upside down and transform it into something full of potential.

I absolutely love that approach! Basically, it’s saying: instead of solving the problem - and resisting the evolution – just go where the problem brings you. It made me think of Albert Rothenberg’s brilliant concept of Janusian thinking that I found in this article a few months ago. "Janusian thinking is the ability to imagine two opposites or contradictory ideas, concepts, or images existing simultaneously." Rothenberg found that geniuses resorted to this mode of thinking quite often in the act of achieving original insights. Einstein, Mozart, Edison, Van Gogh, Pasteur, Joseph Conrad and Picasso all demonstrated this ability. According to Rothenberg, it’s one of the core parts of creativity. It's actually a very ‘quantummy’ (it’s a word because I say so) concept, when you think of it. In physics, Einstein was for instance able to imagine an object in motion and at rest at the same time. Just like that, the first quantum computing engineers were able to see the quantum physics conundrum as both a problem and a solution at the same time.

So the next time, when you are confronted with a challenge , instead of fighting it and trying to ‘make it go away’ by solving it, maybe you should embrace it, and flip it upside down. That”s what creative prodigies do anyway.

That’s it for now. I loved every minute of my Bootcamp tech day experience. If you want to join one of our next bootcamps or tours, check http://nexxworks.com/events.