The evolution story of Dubai, the largest city in the United Arab Emirates (UAE), is as fascinating at it disruptive. In less than 60 years, it succeeded in transforming “from... 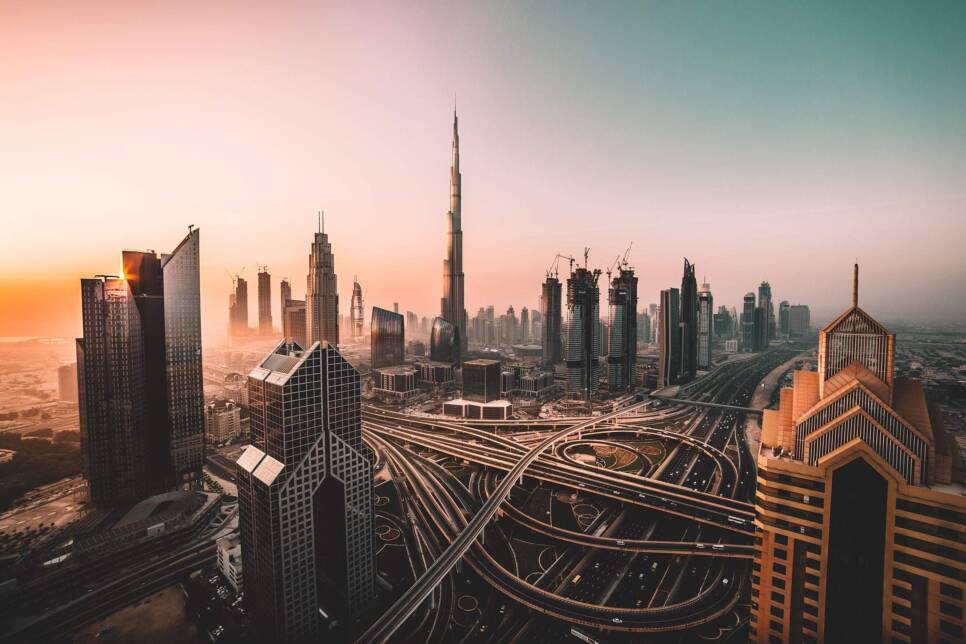 Today it is shifting its rebirth into an even higher gear. Within the next 10 years, it aims to become one of the most innovative, futuristic cities in the world driven by an ambitious strategy, an ecosystems-focussed vision and the powerful support of a forward-thinking government.

Here’s how it plans to do that.

A strong vision and strategy

In the past, innovation hubs tended to grow in an organic manner. If there were enough advantageous conditions, and a little bit of serendipity, the network effect kicked in – innovation attracted more innovation – and ecosystems were born. In the case of Silicon Valley that would for instance have been a community of creative talent (the artists and other free spirits of the sixties) and pioneering minds (literally, as only the boldest and bravest of pioneers made it to the West Coast) and an amplitude of garages (only partially kidding). But today, the competition is so fierce, and the speed of change so high, that this type of natural growth tends to be overtaken by cities with clearly defined strategies that are almost aggressive in their ambition.

China, for instance has the One Belt One Road development strategy, the New Generation Artificial Intelligence Development Plan or the Made in China 2025 plan. Singapore has the Research, Innovation and Enterprise (RIE) 2020 Plan. Dubai, too, is no stranger to this type of highly structured ambitious innovation initiatives. Central to its futuristic ambition is the Dubai 10X or Smart Dubai 2021 initiative that aims to propel the city 10 years ahead of the rest of the world by fostering a spirit of technology and innovation. On top of that, the Dubai Industrial Strategy 2030 is for instance working hard to attract the most innovative manufacturers that will help increase the innovation potential and productivity of the local economy.

The UAE – of which the Emirate of Dubai is a part – also installed the UAE Vision 2021 which has the amibition to transform the UAE into one of the best countries in the world by the Golden Jubilee of the Union. In order to translate this vision into reality, it is focussing on six national priorities, which represent the key focus sectors of government action in the coming years.

So it’s safe to say that innovation has an imminent place on Dubai’s agenda, and that the government is doing everything in its power to drive and accomplish its clearly defined strategy.

The driving forces in Dubai know that if they wants to reinvent their emirate and accomplish the innovation initiatives they have launched, it needs a strong basis of disruptive technologies. Businesses across Dubai are investigating the potential of Artificial Intelligence (AI), the Internet of Things (IoT), and Virtual Reality (VR) for use in their present and future innovation strategies.

It’s striking that - beyond talking about economic value - Dubai also claims it is investing in innovation to become the happiest city in the world. This “Happiness Agenda” is led by the same Smart Dubai Office that is overseeing Dubai’s citywide transformation into one of the most connected and sustainable cities in the world. It makes sense that increasing the intelligent communication between people, machines and data as well as enabling highly integrated interactions across many aspects of life and society - including mobility, the environment and the economy - will make the life of the inhabitants of Dubai a lot more convenient, and "happy".

As a critical side-note: this ‘Happiness Agenda’ is just as much about cleverly treating its citizens the same way as a highly customer centric company would treat its customers, as it is about rebranding the city’s quite undemocratic image (let’s not be naïve about that).

Some of the most radical examples of this tech-driven smart city experience are Dubai’s “Roads and Transport Authority (RTA)” design for flying drones that can carry individual passengers and the world premiere test flight of the Volocopter, the world’s first autonomous air taxi.

But the true beating heart of Dubai’s reinvention program is its powerful focus on partnerships and networks. It wants to serve as a platform to connect, share knowledge and experience, and build global partnerships that will help it build the future.

That’s why it is for instance opening up its borders for so many international conferences and exhibitions. Like the “Abundance 360 Summit (A360)” that showcases the future of emerging technology and its impact on many major economic sectors. Or initiatives such as the STEP Conference and GITEX Technology Week which provide startups and entrepreneurs with a platform to showcase their innovations, connect with investors, gain exposure, and participate in mentorship sessions.

This focus on becoming an ecosystem for international innovators and entrepreneurs, flows naturally from Dubai's unrivalled connectivity to the world and its favourable geographical location as a 'bridge' between Europe, Asia and Africa. No wonder that it harbours some of the world’s biggest multinational companies, like Nokia, Microsoft and Sony. It has attracted over half of the world’s Fortune 500 companies, and has over 200,000 registered companies – a number that will continue to grow in line with the city’s ambitious future plans.

Giving startups the room to grow

Next to reaching out to international companies around the world, Dubai knows that innovation thrives as much on pioneering corporates as it does on the fresh blood of disruptive startups. It recently ranked as one of the top five cities for entrepreneurs globally. Early-stage startups make up nearly 50% of all companies registered in Dubai.

Some of the most well-known examples are e-commerce enterprise Souq.com (acquired by U.S. retail giant Amazon), ride-hailing company Careem (present in 14 countries), Anghami, the Arabic music streaming platform with over 60 million users and Dubai-based startup Wrappup (acquired by U.S. tech firm Voicera), which uses AI to take capture meeting notes and analyse them.

Policymakers and regulators, investors, incubators, and entrepreneurs have all played their roles in shaping Dubai’s vibrant startup ecosystem. The appeal of Dubai for entrepreneurs is driven by several conditions and initiatives: from world-class infrastructure, to convenient business setup models (it’s ranked 11th in the World Bank’s Ease of Doing Business list for 2019), access to mentors and events, and a dynamic regional investment community. There are plenty of accelerators and incubators (like the Dubai Future Accelerators program) too that provide attractive incentives for startups and entrepreneurs: like administrative support for setting up a business, co-working spaces at affordable rates, and networking opportunities with likeminded innovators.

Anyone struggling with keeping their company relevant, ought to keep an eye on Dubai if they want to understand the true meaning of reinventing their identity and business models.