My interview with Dr. Birgit Thoben, former Senior Innovation Manager Global at Bosch and CEO and Founder of Future.Solutions about how she creates bridges between artists, scientists and employees to... 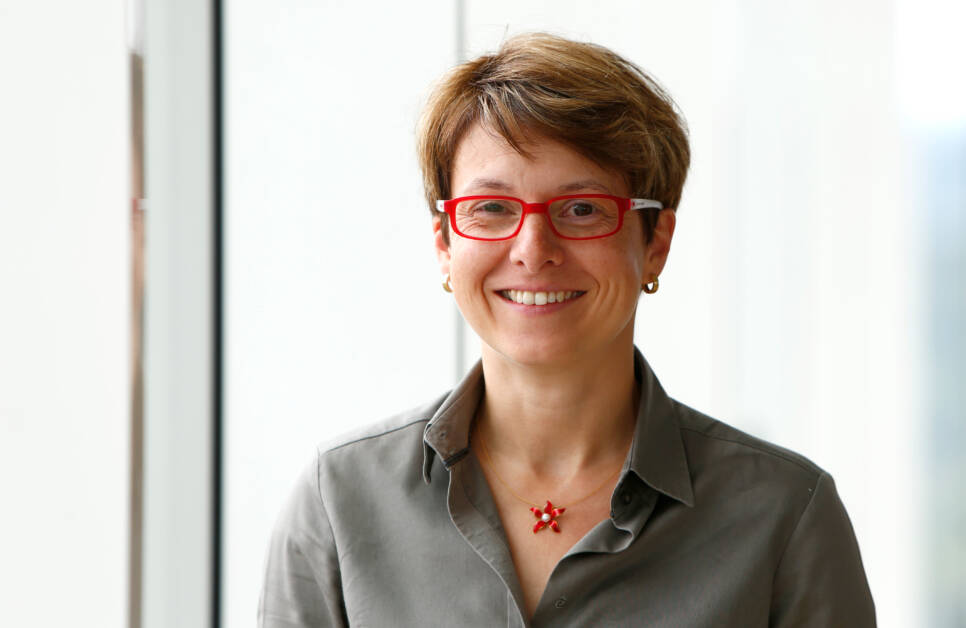 Corporate innovation can thrive in the most unexpected of places, as Dr. Birgit Thoben’s story shows us: her company Future.Solutions creates bridges between artists, scientists and employees in order to kickstart corporate innovation. I was so lucky as to interview her about this seemingly “crazy” business of connecting such unlikely partners. And I learned that it all started at Bosch, where she worked for more than 13 years and ended up becoming the International Innovation Manager of Corporate Research.

Birgit started our conversation by confiding that she had wanted to study the arts, but that her parents persuaded her to choose for the more ‘sensible’ career of engineering. They were convinced that “it’s impossible to earn any money with art”. But she never lost her passion for it, which - quite unexpectedly - turned out to be extremely useful for her career at Bosch.

A space like a blank canvas, waiting to be filled

“When I became Innovation Manager at Bosch, my predecessor gave me the most valuable of presents: a huge empty space in which I could create something completely new, anything I wanted, as long as it would be beneficial for innovation. So I started thinking about the requirements and needs first and then, in a happy accident, I met the artistic Duo `Break and Border`: Thomas Drescher and Maren Geers, who helped me create a space around these. But I also knew that a fantastic room, stuffed with all kinds of materials for the researchers to use and filled with beautiful furniture would never be enough. The beating heart of the project – which we called Platform 12 - was still missing.”

To fill that gap, Birgit decided to invite an artist to stay on the premises during office hours and act as some kind of catalyst. The beautifully daring part was that she conceived this as a completely open process: she did not give him precise instructions on how to act nor did she tell the Bosch employees who he was and why he was there. The artist was only told that he should create some friction in order to make the researchers think. So he did not just create sculptures in the Platform 12 space. He also behaved quite outrageously on purpose: he slept in a tent during lunchtime or drew pictures on windows. He did everything he could to provoke the Bosch employees and fire up the conversation between them.

The purpose of Platform 12 was to encourage the Bosch engineers to come up with new ideas and build prototypes. But the resident artist took this to a new level by inspiring them, challenging them, changing their perspective, motivate their creativity and stimulate lateral thinking. And after a while, these beautiful synergies started to emerge, and the engineers began to work together with the artists, even if that had originally not been planned. The result were new ideas, new technologies, new processes and new perspectives. And these all pretty much emerged like a happy accident, while no one was dictated what to do.

Now, of course, pushing Platform 12 in that form through the approval processes and getting the necessary budgets was no easy feat. Bosch is more than 135 years old. It’s very traditional, conservative even, rule-driven, process-obsessed, hierarchical and very siloed. And yet somehow Birgit was able to convince management to give her the freedom and budget she needed for this seemingly insane innovation project. Probably because she really made them ‘feel’ what Platform 12 would become in order to introduce the project, with a live performance consisting of a mix of actors and employees. It was quite outrageous, actually: there were flight attendants, plane tickets, … But it did the job. And even after that, a lot of colleagues told her that she was crazy, and that her approach would never work. Yet, many years and many ideas, inventions and products later, Platform 12 still thrives.

Its impact throughout the organization was and still is truly palpable, not only because of the different types of products that were created (which Birgit was unfortunately not allowed to elaborate upon). As Birgit put it: “Platform 12 helped Bosch transition from a very traditional culture to a much more open-minded and innovation-driven approach. Self-reflection grew across the entire company, people asking themselves deeper questions like “does this existing process actually make sense?” or “how will my idea and invention impact the environment?”. It really changed their behavior and their mindset: some of them told me that the artists helped them ask questions that they would have thought of asking before.”

It also greatly impacted the organization’s perspective on innovation: it made the transition from a rather stressful process that was heavily tracked and measured (who’s working on what, how many hours, when was the idea produced, when will the final product be marketed,…) into a fun and empowering activity. But it must be said that Birgit put a lot of energy into achieving the latter: though Bosch had granted its engineers to spend 10% of their time to creativity and innovation, she told me that she had to fight for this 10%: “I really had to protect the innovators from others trying to retrieve that time for more ‘useful’ projects with faster results. I think that this was really crucial in making this project work”, she concluded. “They knew they could trust me, that I would always support them and that gave them the freedom and the empowerment they needed to unleash their creativity and imagination. That made innovation fun, instead of a stressful burden, which kept attracting them and kept them coming back.”

Obviously, all of these changes did not happen overnight. “When it comes to this type of radical changes, you have to be exceedingly patient”, concluded Birgit. And quite brave, too, to battle a company’s tracking and margins addiction, the rules and the hierarchy. But it was all worth it: as the impact inside Bosch started to crystalize, the success of the project spread to the outside world and even other companies started to ask Birgit if she could help them set up some artist-related innovation project too (not the same obviously as there are no silver bullets). And that’s what she has been doing these past months with her own company Future.Solutions.

With Birgit’s experience and know-how at the intersection of the artistic, engineering and business world, Future.Solutions was launched to enable these very different worlds to enrich each other’s abilities and benefit from each other. Yet - although that is also exactly why their collaborations are so enriching, for all parties involved - the vast differences between art and business tend to make the interaction, transfer of knowledge and implementation of contributions very challenging. And that’s where Birgit comes in with Future.Solutions: her role is to mediate and facilitate the communication between both, helping to translate the artistic language into new ideas, projects, products etc. for business.

Birgit’s approach is growing in popularity, in fact, as the bold examples of the art-related projects at Google and Nokia Bell Labs have shown us. In these times where the lines between industries are blurring, cognitive diversity in innovation is more important than ever and we’ll see these types of cross-industry, cross-talent and cross-skills collaborations only increase.