More than ever, we have come to realize that our companies do not live in a void. All of them are part of an interdependent complex network of partners, competitors... 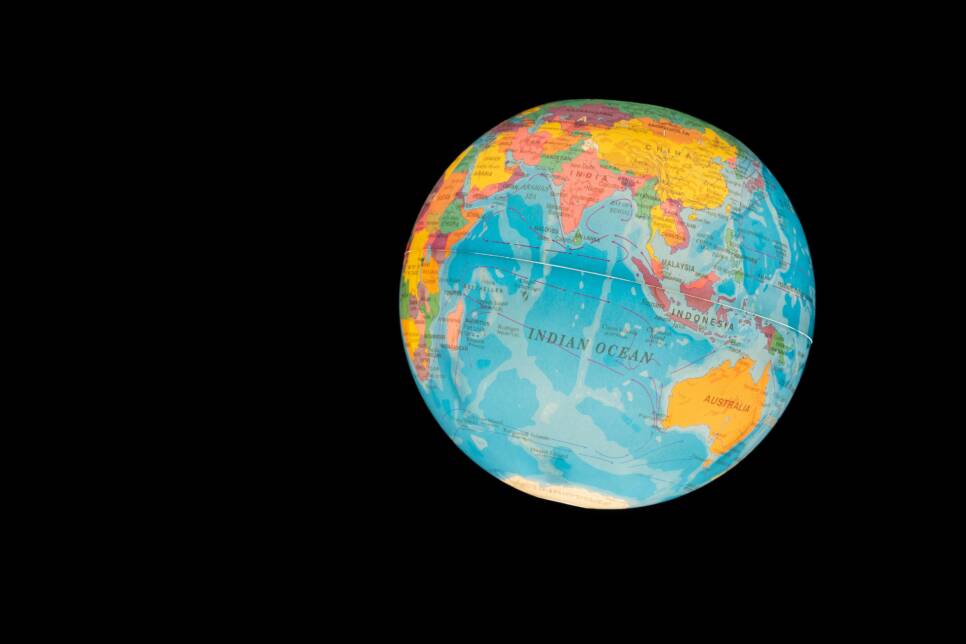 And so, it’s only logical that business leaders of all levels understand what is exactly happening in the world and where it is heading, in order to make smart decisions about their employees, products, services, supply chain, marketing and every last aspect of their company.

That’s why I wanted to list a collection of highly relevant podcast episodes about the latest paradigm shifts and trends in economy, geopolitics, society and the environment. What you’ll find here are elite speakers with unique ideas, some of which significantly changed the way I look at the world and our future.

You can immerse yourself in this crash course in two ways:

Economist Mariana Mazzucato has demonstrated that the real driver of innovation isn't about lone geniuses but state investment. Listen to this episode to find out why, and how, and what that means for governments and companies like yours:

Tim Wu - What America Failed to Learn from the Gilded Age

Greed and disregard for the working class defined the Gilded Age. The economic disparities that were forged back then are still affecting our country today. And monolithic companies like Facebook and Apple continue to grow, leaving a burning question of whether big tech has too much power. In this episode, Tim Wu, a Columbia law professor and author of “The Curse of Bigness: Antitrust in the New Gilded Age,” talks about the economic and social changes that took place then, and how they set the stage for modern America.

Carlota Perez is a Venezuelan-British lecturer and author, specialized in the social and economic impact of technical change. Her bestseller “Technological Revolutions and Financial Capital: The Dynamics of Bubbles and Golden Ages” is one of the most popular works about the relations between technical and institutional change, finance and technological diffusion and technology and economic development. Carlota believes that we have arrived at the turning point of the current, fifth technological revolution. These types of turning point are unfortunately characteristically difficult and unstable (unemployment, recession, populism, anger etc.). But they also suggest that we are on the verge of a new golden age.

AI is not just code and algorithms. It’s an industry built on a global network of resource extraction, human labor, and data collection. Kate Crawford, senior principal researcher at Microsoft Research and research professor of communication and science and technology studies at USC Annenberg, joins Azeem Azhar to explore the far-reaching impact of AI and to consider the urgent case for proper governance and regulation of the industry.

We are in the middle of a global trust crisis. To replace the void, we turn to sharing economy companies and social media, which come up short, or worse. In this episode, Rachel Botsman, Trust Fellow at Oxford University and author, talks about how we got here, and how we can recover.

Political scientist Robert D. Putnam’s (Professor of Public Policy at Harvard University and author) latest research takes a look at trends over the last century which have brought us from an “I” society to a “We” society and then back again. Listen to this episode to learn what lessons can be drawn from the past, especially at a time of increased economic inequality, political polarisation and loss of social capital and trust, all of which are playing out against the backdrop of a global pandemic?

In this episode, ‘Making Sense’ host Sam Harris speaks with computer scientist and ethicist Tristan Harris about the ways in which social media is fracturing society. They discuss the rise in teen depression and suicide, political polarization, conspiracy theories, information warfare, the decoupling of power and responsibility, the distinctions between platforms and publishers, the cancellation of Alex Jones, social media-inspired ethnic cleansing, concerns about the upcoming presidential election, culture as an operating system, and other topics.

Elizabeth Kolbert - Can we fix the planet the same way we broke it?

Pulitzer Prize-winning climate journalist Elizabeth Kolbert assesses the current state of the climate crisis and answers a simple question: how screwed are we? And as the climate continues to warm at a record pace, she unpacks some of the more extreme climate solutions that some increasingly desperate nations are starting to consider. Such measures may sound like stuff of science fiction (see: injecting sulfur particles into the atmosphere or shooting millions of tiny orbital mirrors into outer space) as times become more desperate, their appeal is growing. Can we fix the planet the same way we broke it?

David Wallace-Wells – Are we creating an ‘Uninhabitable Earth’?

David Wallace-Wells is a journalist of New York Magazine and the author of the essay “The Uninhabitable Earth” (2017) as well as a huge bestselling book with the same title (2019). Both describe how dire the climate crisis is for the prospects of human civilization, going beyond the traditional portrayals of rising sea levels and extreme weather events, by focusing on how it also affects food security, access to freshwater, spread of communicable disease and armed conflict. In this episode, he talks about the multitude of interlinked problems created by climate change and how the media’s coverage of climate change has been misleading. Yet at the same time, he warns against taking a fatalistic view and points to the rapid development of renewable energy as a cause for optimism.

Nathaniel Rich is an award-winning journalist and the author of Second Nature: Scenes From a World Remade. In 2019, he wrote "Losing Earth: A Recent History", and his 2016 New York Times Magazine article "The Lawyer Who Became DuPont's Worst Nightmare" was turned into the feature film "Dark Waters". In this episode, he describes what he's learned covering the scientists, politicians, and corporations that are reshaping our planet and its inhabitants for better and for worse.

Entrepreneur Paul Hawken is one of the most renowned thinkers of the environmental movement. He has written a number of groundbreaking books, particularly on how business can work together with nature: ‘The Ecology of Commerce’ and ‘Natural Capitalism’. Now he’s taken on the monumental challenge of climate change - with ‘Drawdown’, an ambitious project that pulled together top researchers and scientists from around the world - to identify and rank the 100 most effective solutions to global warming. Not just to slow it down, but to reverse it. In this interview, Paul discusses the most important and bold ideas in Drawdown.

Adam Curtis - Can't Get You Out of My Head

In this episode, celebrated documentary film-maker Adam Curtis talks about his new series Can't Get You Out of My Head (which tells the history of the rise and fall of individualism) as well as China, technology, complex systems, Watergate, behaviouralism, feedback systems, fake stability, neoliberalism, Max Weber and conspiracy theories.

Ian Bremmer - Beyond the Pacific

Ian Bremmer, the political scientist and founder of the Eurasia Group Foundation discusses the battle for influence in Europe. Are America’s current policies curbing  China’s economic and technological influence effectively, or will America’s “new Cold War” approach backfire, strengthening China’s ties to a part of the world in which America has long enjoyed a dominant influence?

Chris Bickerton teaches politics at Cambridge University and is the coauthor of Technopopulism: The New Logic of Democratic Politics.  In this episode, he discusses Technopopulism and how it is different from classic interest-based politics, how populists and technologists consider expertise and how he thinks we can move beyond technopopulism.

Daniel Yergin - The New Map: Energy, Climate, and the Clash of Nations

Daniel Yergin is a winner of the Pulitzer Prize and the Vice Chairman of IHSMarkit, a research and consulting firm. In this episode, he talks about his new book The New Map: Energy, Climate, and the Clash of Nations, how gas pipelines are redefining geopolitics, how a map drawn by Chinese “cartographic combatant” Bai Meichu in the 1930s helps explain the ongoing tensions in the South China Sea and why the world won’t quit using oil anytime soon.

Congrats! You made it till the end of this blog! Which podcast episodes have changed the way you think about society, the economy, (geo)politics, the environment or other crucial world level themes? Tell me at blog@nexxworks.com. I’d love to know!

Here’s the full list on Spotify, including some bonus episodes: