Flow, empowerment, and why you might struggle with digital transformation

To be pro-value, codesigning the best way to get work done, operating on a short cycle time, making everything visible and transparent, that’s the kind of anarchy that gives you... 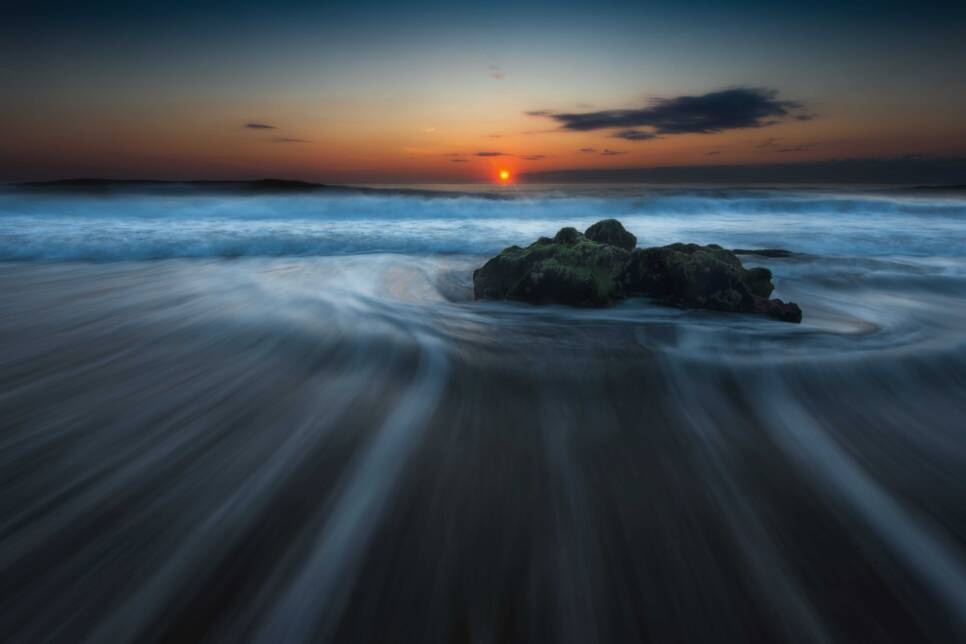 There is a motorway on the outskirts of Brussels that goes nowhere. It comes to a halt half-way across an intersection. It was built with a purpose but never got finished. Digital transformation is very much the same breed of human intent. What do we need to do to complete the transformation? Something radical and disruptive.

Why? Because for those of us who have been around a while the idea of “digital transformation’ seems too familiar to be “modern.” We used to call it “social business” or E2.0. Now it is agile business or agile transformation. We are strangely reluctant to put a stop to the name game. We use different language but end up at the same point – half-finished.

There is a reason why transformation is treated with dread, even for those who square up to it. Within all the social terminology of the new business world lies the idea of empowerment.

To empower people in an organisation means to disempower others. To be less hierarchical is to withdraw power from the top and middle. In all the conversations I have with executives about digital this or agile that, the great puzzle and consternation is really over the endpoint. Where is it really headed? Or put more accurately: what does it mean to empower and disempower? What does work look like when many more people are empowered?

To disempower ultimately empowers anarchy of some kind. But anarchy can be good.

The idea of empowerment

In a recent book, Flow: A Handbook for Change-Makers, Fin Goulding and I talked about the impending anarchy of the enterprise. We believe anarchy is good. Anarchy is not about an abuse of power or opposition to power. It is about everyone being empowered and responsible.

And by being empowered we mean that people have the capacity to take decisions over how they work and what they produce. They do not have a veto. They exist within organisations or networks of relationships where other people also have an influence over work design and wealth creating activity.

The network of relationships has specialities like car manufacture or digital content. So there are clear, natural limits to what will be created next. Within these limits, anarchy is good. Anarchy forces people to take responsibility for the power they are being given. To do something useful with it. And be held accountable. So put the language aside and what does it really mean?

From Agile to Flow

The current preoccupation of business culture is agility. Yet agility has had its problems to date. There is as lot of talk about the success some companies have had in becoming more agile. There was GE, signing up to lean startup culture as its leaders looked towards building a platform business. That’s two buzzwords in one strategy.

The CEO Jeff Immelt was fired for poor performance (though he still has many supporters in the lean movement). Ericsson, the telecommunications infrastructure provider, started to garner praise for its agile transformation. The CEO Hans Vestberg was fired in the summer of 2016 and the chairman is about to leave now in 2018.

These are very high profile cases of lean techniques and startup culture just not providing the results needed by large organisations. Yet Agile software development is being talked about as a model for business agility more generally.

This is going to be catastrophic for companies that buy-in to Agile and Lean. The problem, as suggested by Fin Goulding and in our new book 12 Steps to Flow (forthcoming June 15th 2018), is that lean and agile are still too rule bound for the needs of today’s markets. They have become cult-like.

At Alibaba, the Chinese internet giant, there is no cult other than to do business fast. Business people are empowered and expected to create new products, services and revenues continuously. The developer community is there to serve that need.

According to one of the developers we spoke to budgets and plans do not get in the way of creating new revenue streams. At a very low-level of authority, people are empowered to order dozens of new servers to support a project, if that’s what they think they need or to hire in coders. The guard rails say: create new business and do it fast. But nobody stands over people with a digital abacus that says: And do it without spending, and by the way, prove the ROI first.

When a leading Dutch bank met with Alipay representatives at a trade fair in the Netherlands, they discussed the possibility of collaboration on Euro-China payments. Little did they realise they would be signing a formal joint venture only two months later, with all documentation perfectly presented in Chinese and Dutch.

In the face of an all out assault on global markets from Chinese competitors, western companies have to finish that motorway we talked about earlier. The only way to do that in a competitive environment is to empower people.

Getting in the FLOW

Here was an empowered group. It used its new liberty to enrol customers as advisors on projects like how to improve refrigerators. The method, roughly, boils down to: build a minimal viable product (MVP), show to customers, take feedback, and adapt. That’s the Lean Startup spiral.

Rather than empower engineers though it seems they were inducted into a new sect with its own rules and perspectives. It had minimal impact on revenues.

GE Appliances, where Fastworks was most thoroughly ingrained, was sold to the Chinese company Haier, in 2016. GE Appliances make household white goods such as fridges. With Haier in charge, profits rose out of single figures within months and look set to grow for the next decade. One clue to why is the platform and data vision of Haier.

Fastworks got stuck on problems like the colour of the fridge doors and the strength of a fridge’s interior lighting. These are typical issues that crop up when you take customers into show and tell sessions.

Haier, by contrast, has a vision for a connected universe. Fridges should have displays that allow users to order products online for immediate delivery. Smartphones should have apps that tell us which laundries nearby have machines ready for use and so on. Apps should somehow connect us to fridges and cookers. The future, simply put, lies in connectivity not colour or light.

In reality, an engineering team should know that. The problem for innovators, however, lies both in Agile and Lean’s lack of an upstream value method. They don’t address the emerging market segments and desires that are springing up around large enterprises. Nor do they challenge the cadence of work in lean organisations. They are ways to cut waste or prove some value, downstream.

Engineers also need platforms that allow them to produce for the long-tail, the people who want yellow fridges with bright interior lights on wheels with remote battery charging and an AMOLED display that not only orders up goods but also acts as the kids’ photo album, as well as those older fridges that are grey steel with French doors.

And they need a work cadence that emphasises speed. Speed is not good for its own sake. True speed means creating value more often than creating waste. It means allowing people the luxury of interacting around products and services, every day. In Flow, we advise a 2-day cycle time. That’s two days to get any unit of work done. Every two days, minimum, people can come together to discuss their work. The effect of that social interaction is galvanising.

In Flow, people also have the power to co-create the right way to work for any given initiative. And they do it in a very public way. All work is codesigned on the walls of the building. Therefore all work is social and interactive and open to critique. The guard rails need to say: we are empowering you only if you buy-in to the concept of value-seeking behaviour.

There are parallels with successful Chinese companies. The power to decide is delegated (Haier has hundreds of business units); the power is exercised as a group along with customers (Chinese companies have great codesign platforms); and budgeting is less formal. People are expected to seek value and, if properly encouraged and empowered, that’s what they will do.

To be so pro-value, codesigning the best way to get work done, operating on a 2-day cycle time, making everything visible and transparent, that’s the kind of anarchy that gives you agility and competitiveness. Embrace it.

This piece was first posted on disruptionhub.com. 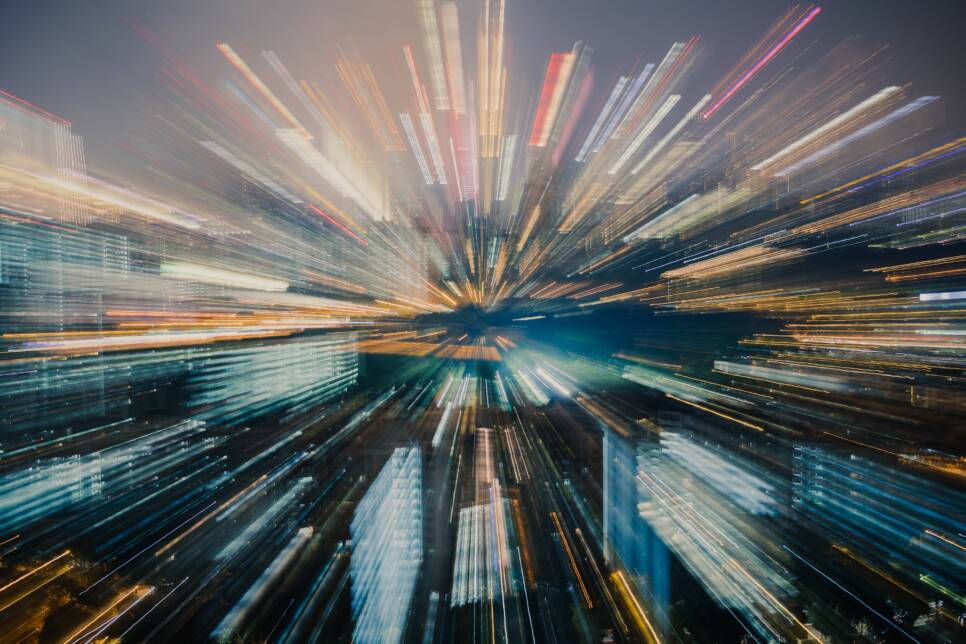 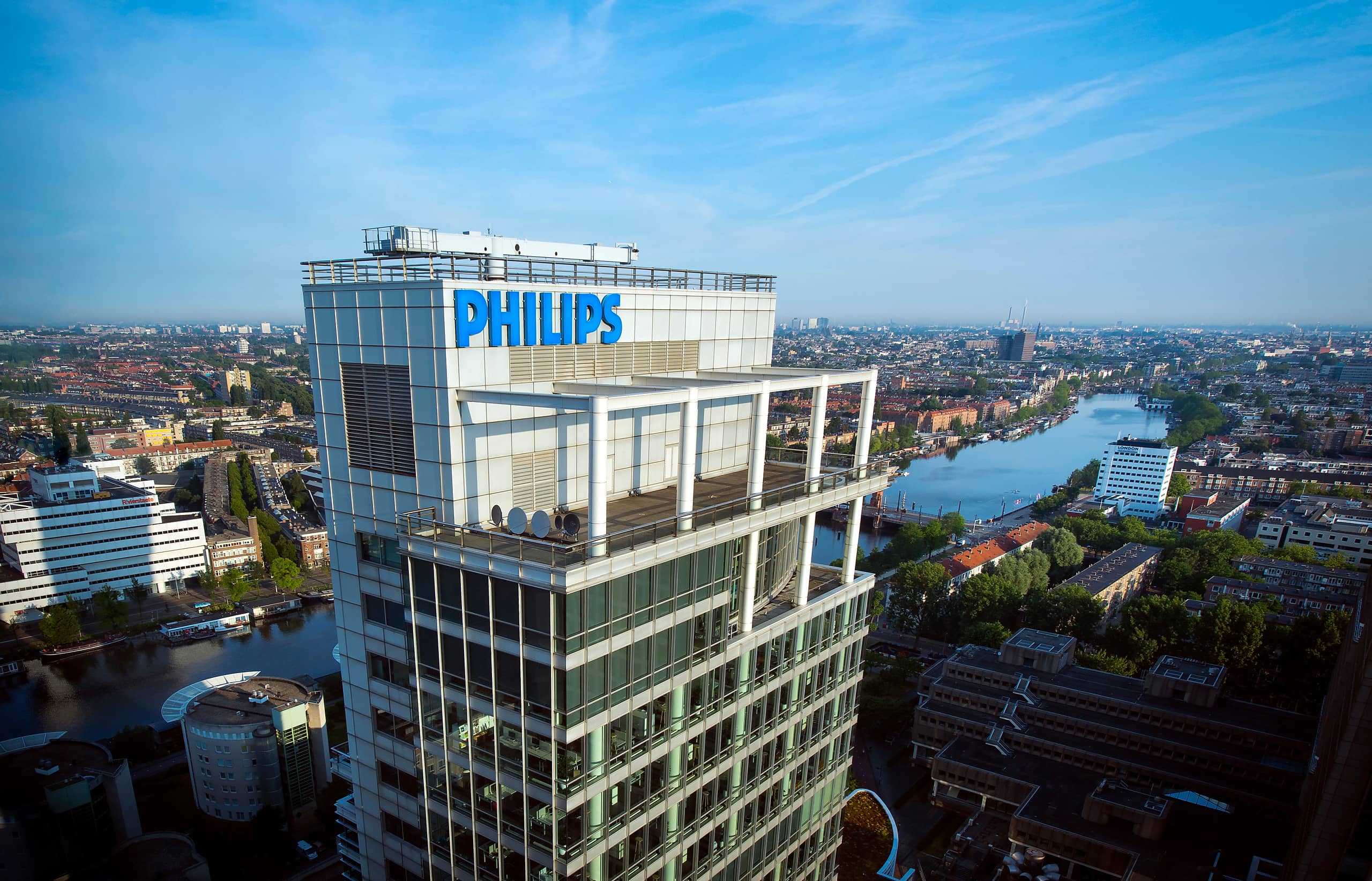 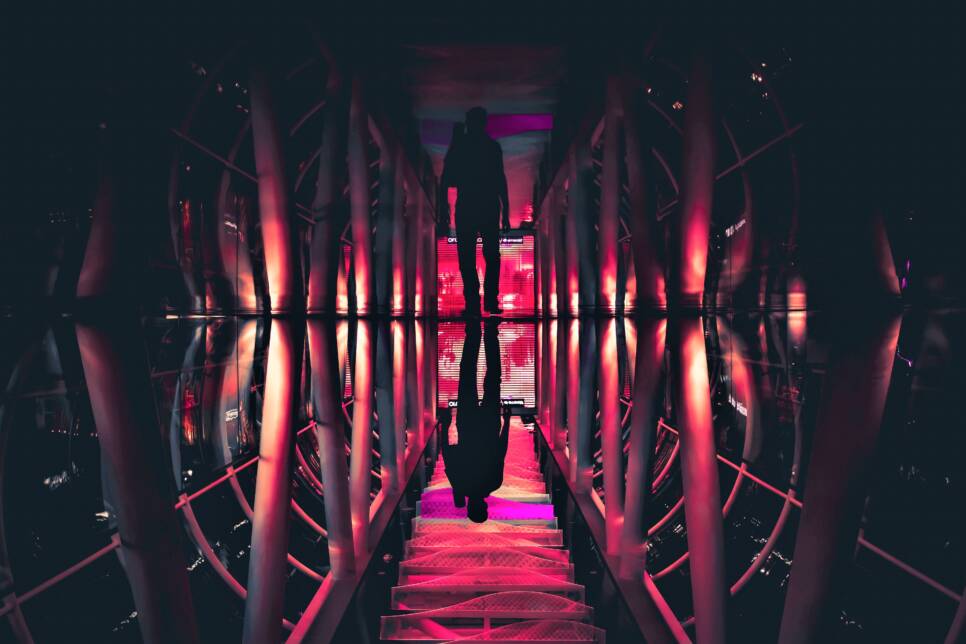 Strategy
How to better navigate the future by collaborating with sci-fi writers, (visual) artists, philosophers and anthropologists