Julie Vens - De Vos writes about why automated mobility is just around the corner, and what that means for you. 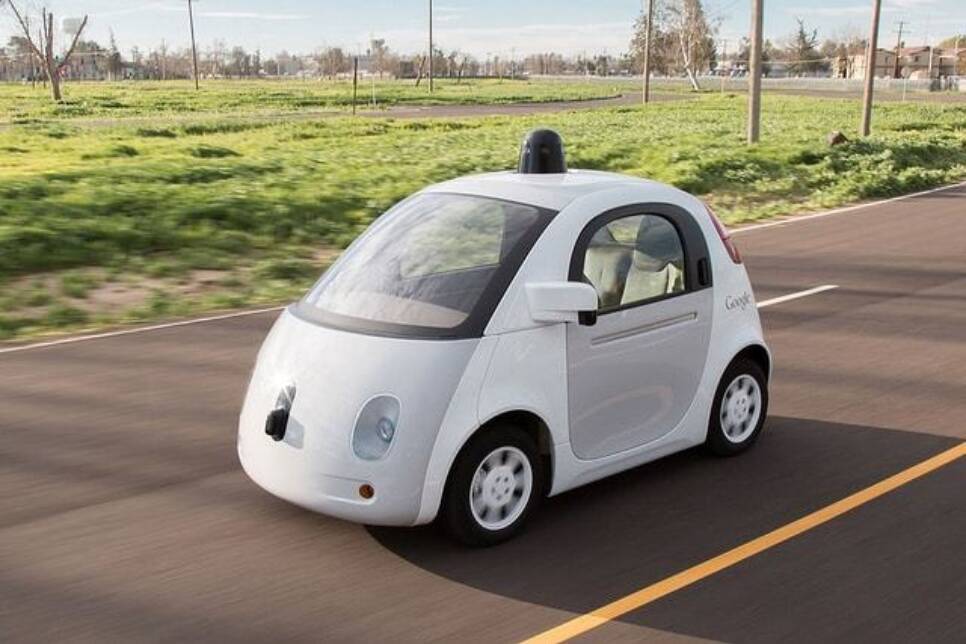 End of September, I had the pleasure to jump into the Future of Mobility with Mark Platshon and a fantastic group of executives from all over the globe. Mark led the BMW iVentures Fund for 5 years and is now leading his own Autonomous World venture fund.

“When will be the day that 1 million people drive an autonomous car?”: that's the question with which we kickstarted the day. “Do we agree that this would be a milestone indicating that we will shift to an autonomous way of living?” Progressive attitudes upfront, bets went from 2025 to 2050 to a daring lady advocating 2020. She was right. Actually, we’re almost there. Later this year, Waymo is expected to launch the first autonomous driving taxi service: 62.000 cars, serving 5 rides a day for one week. If you do the math, that’s about 1,5 million in total.

While we are still adapting to the reality of Autonomous Driving, Silicon Valley is in full swing to solve all the remaining problems related to this phenomenon. James Gowers, VP Strategy at Perceptive Automata, is busy solving the hardest remaining problem: how can we predict human behavior? If we don’t manage that well, we’ll risk ending up with a sort of paranoid car fleet, braking every single time a human only dares looking at a car. Perceptive Automata is building software that takes into account the intention that people have to move, as well as their awareness of a car being there. They argue, this need is not only driven by safety measures, but simply by the necessity of cars to blend in with humans. Humans who eventually are and will remain unpredictable. Read more about them here.

Next up on our program was mapper.ai. While all the attention is going to ourselves, humans, this company shifts that. What about the car itself? How can we help this cute, well-mannered driving object? Inspired by how we ended up trusting our GPS and Google Maps in order to discover the world, mapper.ai wants to create the same tool for cars. Nikhil Naikal, CEO of mapper.ai developed his passion for driving when participating and winning the Darpa Urban Challenge in 2007. Taking autonomous mobility as the future, his company now develops an end-to-end solution to deliver maps to machines. Read about why this quite another nut to crack here.

When talking to my dad about the future of electrical and autonomous cars, he had a hard time to believe this is just around the corner. One of his arguments: where do we charge? The bloody thing only drives 400 km? Well, Chargepoint is on a mission to help him out. They own the world’s largest electrical charging network and basically contradict his statement: to get fuel, you actually need to go somewhere. When it comes to electricity, you can find that everywhere! Hence, why Chargepoint offers a one-stop shop for your charging needs. At home? At work? You name it, they offer you a charger with the right capacity and… a lot of service. As electricity will become a commodity, their business model is based on creating the ecosystem that adds value to the charging activity, instead of to charging itself. Hipsters, think again where you’ll start your next coffee bar.

Another question pops up, though: to what kind of system will this connect? Inspired by Marc Andreessen’s vision on ‘software will eat the world, Chris Heiser, Founder of Renovo, is building the Autoware required to manage autonomous mobility. Autonomous driving is not about one car or your car. It’s not a winner takes it all thing: it’s about different solutions serving everybody’s needs. Chris and his team are approaching the problem from scratch. In true garage style, they’re working on the operating system of autonomous cars. Let’s just sit and wait to see who buys the company, shall we?

One might get a little impressed being immersed in this future thinking. What is this really about? And 10 minutes later, you drive into the reality of the day: traffic on the highway to San Francisco City. You pass by a huge white building: the Tesla Factory - subject of numerous speculations. Isn’t this autonomous driving thing just a bubble?

Mark Platshon would argue: follow the money. If Ford’s sales numbers drop as little as 5% they won’t be profitable any longer. If Bird invests in a scooter, that scooter is paid back after a week. It’s simple number crunching. Watch this space. It’s watching you. If the money flows, human adoption eventually will.