Everything you need to know about Unlearning 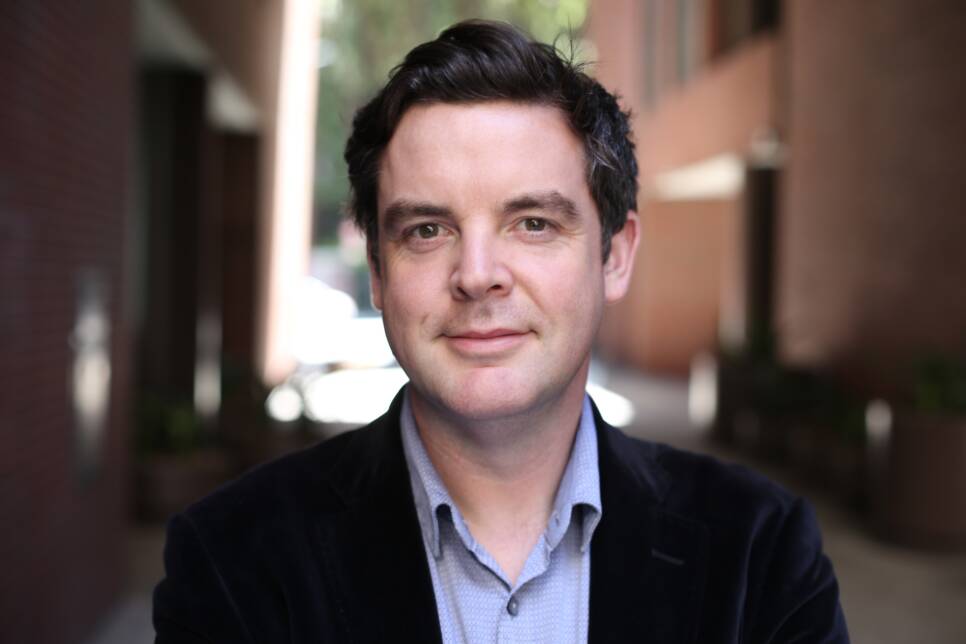 Barry O’Reilly is a man of principles. He travels the world to inspire leaders to unlearn (and relearn) and believes that values play an important role in that, as they inspire our behavior which in turn drives impact. Staying true to his own values, he sold his Facebook stock when they refused to remove hate speech from their site following the death of George Floyd. “When you stick to your values, it sometimes means making decisions that the majority don't agree with”, he explained to me as I interviewed him for our nexxworks Innovation talks podcast. “But if you become good at making those unpopular decisions, that's where you actually find a lot of innovation.”

What follows here are some of the highlights of our conversation, but listen to our podcast as well, as we talked about many more things:

You have to practice change

Barry believes that change is something that you need to practice. “If you don’t, you will forget how to do it. You will get stuck using the same methods that made you successful in the past, hoping they'll make you successful in the future. Which they won’t.” When your environment changes, your ‘successful methods’ can lose their relevance and you will find it becomes harder and harder to reach your goals.

Barry gave the example of CEOs that were pretty successful in managing their people pre-COVID in the office. But once their workforce was forced to work at home, their old management methods were disrupted. So most of them started to constantly ask for updates in order to regain a sense of control. Yet this permanent need for reporting then stressed out their workforce and had them lose valuable time, which was completely counterproductive.

So that’s where Barry’s concept of unlearning comes in. “Unlearning is not discarding your knowledge or experience. Unlearning is a system. It is the conscious act of letting go of outdated information and actively engaging and taking in new information to inform your decision making and action.”

Of course, that sounds easier than it actually is.

Doing the same, but more

The first challenge here is to recognize when which types of our thinking and behaviour are limiting your success—even becoming obsolete. Often, our reaction to diminished success is just to work harder by doing the same thing as we used to, but more.

The way out here, according to Barry, is to keep questioning yourself. “When people ask me “how do I know when I need to unlearn?” I reply with a question myself: “Can you think of circumstances where you're not achieving the outcomes that you desire and where you're not living up to the expectations that you have for yourself?”. Maybe there's a situation that you're struggling to resolve or that you're actually avoiding altogether? Maybe you've tried everything that you can think of, and you're still not getting any breakthrough? “Conditions as these are a signal that you probably need to try out new ways of thinking and new behaviour. And that you need relearn new methods and mindsets to try to get past this obstacle and achieve the outcome you're aiming for.”

Barry gave the example of Serena Williams who had been struggling to relive her previous success after a leg injury. “She trained extremely hard, but basically kept doing what she had done before. Until she came upon trainer Patrick Mouratoglou who gave her tips on doing small things differently, instead of doing “more of the same”. Working together with him, she ended up with a 14% improvement in her win ratio, a 71% improvement in her grand slam success and a 38% improvement over the next sort of number of years. Just because she tweaked a few things in her practice.”

But my personal favourite example is the one from the Roman empire. “About 2000 years ago, Rome was like a seed of a civilization, a sort of start-up on seven Hills in central Europe”, Barry explained, “and it went on to scale itself to incorporate 20% of the world's population and cover 2 million square miles.” For almost 500 years, it was one of the greatest economic centres ever. Obviously, many things contributed to their success, like the aqueducts, elaborate road system and military structures. “But the Romans also had this one truly unique innovation: whenever they conquered a new tribe or city and found practices that were better than their own, they just let go of their existing practices and incorporated the ones of the cultures that they integrated with into their own. In essence, they had this system of governance where they learned lessons from other cultures and, and incorporated them whenever these were more efficient than their own.”

I love that example because there’s a very valuable lesson to it, in these times of heightened xenophobia, polarization, closing of borders and even the building of walls. Not that we should start to conquer other people. Obviously. But Rome’s success shows us that diversity and openness are how societies grow and thrive. In fact, what caused its empire to collapse, was Caesar turning his back on the world, closing the borders and facing inwards. So let’s really try not to make that mistake again.

Once you realize that certain habits of yours are becoming counterproductive, what should you do next? “Asking those questions to help you diagnose the areas where unlearning is needed is the first step. And then it's about really identifying those obstacles to help you reach the outcomes that you're aiming for. I then get leaders to define unlearning statements for themselves. Example: starting a new business is very stressful. And so business starters will need to unlearn that toxic behaviour, if they want to get through the difficult periods. So I advise them to set a constraint, like “I'd like to unlearn stress in the next three months”. And then I get them to quantify the outcomes or the changes in behaviour that will demonstrate they have indeed unlearned this. For instance: “I will unlearn stress before Mid-January 2021. I know I have succeeded in this when I go home feeling accomplished 80% of the week, when 25% of my work is focused on personal development and when I have exercised twice per week.”

“And then it's really just about thinking about what steps you could take that will help you reach one of these outcomes, for instance having you come home feeling accomplished.” Now, the trick here is to avoid describing the steps you are currently taking but that are clearly not working. You have to be really critical of what you have been doing and why that’s no longer working.

“For me”, explained Barry, “that was to float onto social media to take my mind off things. But then I had the aha moment that this actually stood in the way of me feeling more accomplished and so I deleted Facebook from my phone. And, and that's how I changed my behaviour with this small little step of just recognizing that my attention was being drawn by Facebook and then removing it. That may seem as a naïve example, but there are hundreds of them out there. It’s about really becoming aware and intentional about what outcomes you're aiming for and what are the behaviors that are hindering you or helping you get there and then acting upon that information. That is the best way to unlearn and relearn: by thinking big but taking small, psychologically safe steps in order to learn fast.”

If you enjoyed this episode, it would be fantastic (many karma points coming your way!) if you could follow us on Spotify and/or follow or rate us on Apple podcasts.

These were some of the highlights of my podcast conversation with Barry, but be sure to listen to the full talk here. We tackled many subjects, amongst which: