From 2030, the era of “Created in China” will take over thanks to the 210 million Chinese people born between 1996 and 2010 who will then form the new generation of employees, managers, and entrepreneurs. 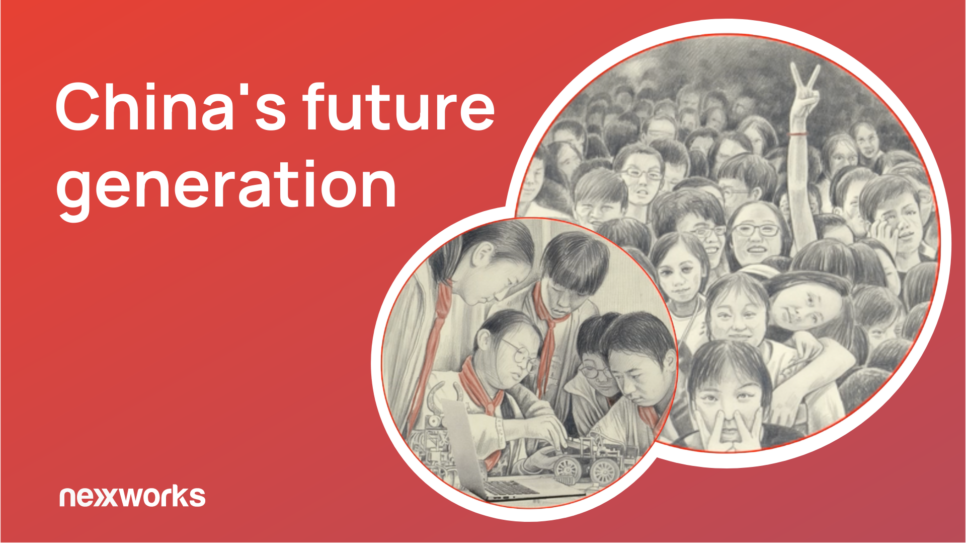 In the future, it probably won’t matter which Chinese leadership style is used; employees in China will increasingly give free rein to their creative minds. The era of “Made in China,” in which huge numbers of hard-working and very cheap laborers were workers in the factory of the world is now dying out after thirty years. In 2015, China entered the era of automation, which aims to turn every factory into a smart factory by 2025 with the help of 5G, AI, IoT, and Cloud computing.

From 2030, the era of “Created in China” will take over thanks to the 210 million Chinese people born between 1996 and 2010 who will then form the new generation of employees, managers, and entrepreneurs. Even today, they’re already driving the largest growth ever seen in China’s domestic consumption. They represent the key to how China can slowly evolve from being an export country to a consumption-driven economy, and it is precisely why China is becoming less dependent on the West.

It is not only due to geopolitics and the Chinese government’s strategic desire to decouple from the West, but because the new Chinese generation wants China to become smarter, more efficient, and more qualitative. The government can encourage and accelerate the innovation trend, but the real power to make China a global center of creativity and innovation will come from below.

You could argue that fifteen years ago the West lost the battle against the millions of cheap Chinese workers; today it is losing the battle against Chinese infrastructure; and by 2030 it may start losing the battle against Chinese creativity. The reason I am so convinced is firstly because naturally, the Chinese are born just as smart, creative, or talented as we are. There are just a lot more of them, they are more hopeful for a better tomorrow, they are more open to trying something new, and they have the largest domestic market on the planet for selling their creations, innovations, and crazy ideas.

If you follow Chinese social media, you will see how creative, uninhibited, and clever China has already become. In a business context, we find the first signs of this out-of-the-box thinking in the surprisingly creative collaborations between different brands that at first seem very far apart.

For example, Adidas is working with tea drink chain Hey Tea, and the fashion brand Karl Lagerfeld with Tsingtao beer. KFC is partnering with insect repellant brand Liushen, and it’s not just a one-way relationship: at KFC you can drink coffee with the insect-repelling aroma of Liushen; and online you can buy Liushen bug spray that smells like KFC coffee. The Chinese Generation Z and millennials are increasingly looking for products that clearly differentiate themselves from the well-known brands. This creates a new trend of innovative “collaborations” between different brands that seems increasingly extreme or bizarre.
‍

Well-known Chinese brands are also going beyond the boundaries of their traditional markets to surprise and delight consumers. Because younger Chinese consumers are much more individualistic than their parents, they are looking for more differentiation, uniqueness, and personalized offers. Unique events, pop-up stores, live streaming, gaming, and other ways to bring consumers closer to the brand are working very well in China. Brands are building these kinds of collaborations with other brands from other sectors in order to offer new experiences to increase the activity with and attention on the brand. Of course, it is not because Airbnb comes up with a staycation campaign with Hey Tea that China has suddenly become more creative.

But creativity is about both originality and talent as well as energy. The more you try out, build, and research, the more the most creative ideas arise. By implementing new ideas, which China is an expert in, more new ideas appear. Therefore, we can be confident that China will become one of the largest sources of new ideas in the world. Smart Western companies will want to harvest these ideas by investing early in partnerships with Chinese companies, netizens, entrepreneurs, artists, and educational institutions.