At some point, in one of the many open discussions and closed think tanks that have been a part and parcel of my experience of our COVID times I suggested... 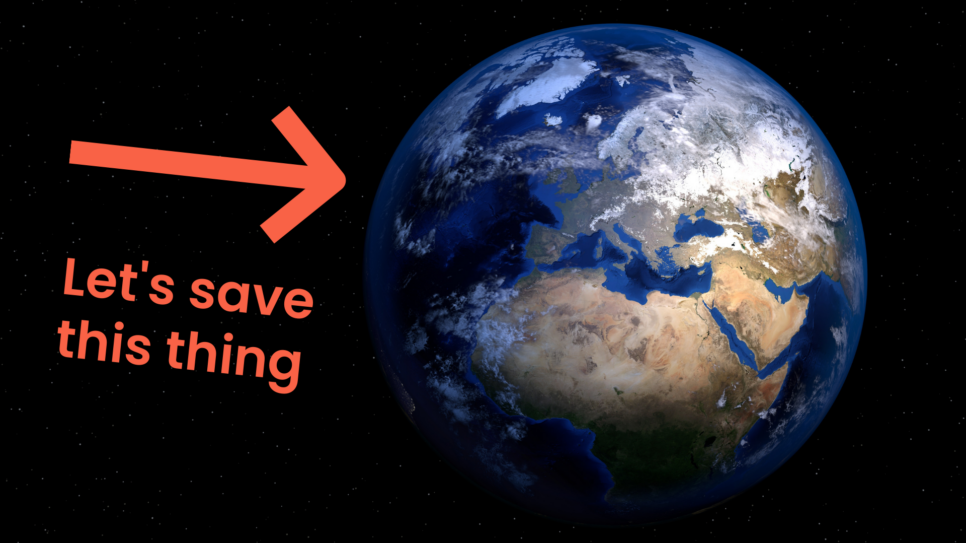 Before COVID, I had started work with the Joint Research Centre of the European Commission to understand complexity in government using the Cynefin framework. As COVID hit, we rapidly repurposed that work to create a field guide for decision makers on the subject of Managing complexity (and chaos) in times of crisis. That guide has what you would expect in something designed to influence and guide decision making. It includes four stages that you need go through in finding a way through a crisis and a series of specific actions and processes that may need to be put in place. It also outlines key principles to follow, such as the need for leadership to focus on co-ordination of distributed decision making, except at the point of crisis where they need to act decisively (not to resolve the crisis but to keep as many options open as possible).

But the most important aspect of the guide is less what you do in a crisis, but what you need to do to create a resilient organisation/society able to manage as yet unimagined and potentially unimaginable future situations. Here, I am defining resilience as the capacity to manage with continuity of identity over time. I often illustrate the difference between a resilient and robust system by comparing a salt-marsh with a sea wall. The latter is highly efficient but if it breaks the result is catastrophic. The salt marsh, however, constantly mutates and changes to adjust to different contexts and, critically, when it is saturated there is no catastrophic release of the stored water. As a note I am including the idea of ‘anti-fragile’ as a subset of resilience - everyone in this field needs to define their terms!

In this, I wonder if we are not making enough use of the ultimate origin of the word from “manus” as something that involves literally putting your hands on something, touching, and shifting it rather than interacting at a distance.

The other key word here is “manage” and there I want to go back to the origins of the word. The Latin manus, hand, implies placing your hands on something, not engaging at a distance. In Italian that evolved to maneggiare which described, among other things, the ability to handle horses, which requires constant learning and adjustment to another livening entity. It then merges with the French term menage, meaning household management. That tends to be the modern meaning, coupled with ideas of authority.

For many of us working in this field of complexity and sense-making, we need both and we need to know when and where to apply them. The former meaning – related to constant learning and adjustment - is closer to how we manage a complex system. Complex refers to a system with many, only partially knowable, entanglements, constant change, inherent uncertainty, and only one certainty – whatever you do will have unintended consequences.

So if we are to manage a complex system we can’t treat it as ordered and assume it can be engineered or planned in any common organisational use of that term. Given this, the field guide outlines three basic practices that need to be put into place to create a resilient ecology. To my mind, these three focus areas can, and should, be some of the focuses of the next decade.

Firstly, we need to create trans-disciplinary approaches to issues and opportunities as they arise. That should not happen by accident .(beneficial as that can be)Then, we have the paradox of knowledge silos: on the one hand, a silo allows rapid communication and field development, as all participants share a common level of abstraction (specialist language and common practice, achieved through education) which gives them a common language and experience that radically reduces the cost of codification. Expert language is concise and deeply contextual, which is not to say we don’t need to find better ways to communicate complex ideas. On the other hand, we need people to work across silos, not just to break down expert entrainment (which is a danger) but to create new knowledge and insight. In the Field Guide, we identify a method called entangled trios, designed to build informal networks across silos or cultures. We also have focused approaches to social network stimulation. To give two examples: (i) students joining a college in engineering are placed into a learning trio with people from the humanities and pure sciences. Throughout the year they are brought together for a series of micro-tasks on issues such as welfare or community engagement. That is useful in itself but we are also actually building networks between those silos that will connect in the present and build a habit of interaction post-education. (ii) in urban re-generation projects we have connected teenagers with people from their grandparents generation to generate ideas for change. Once an idea is formed, they are put into a trio with someone from government who can make it happen. There are many other examples of this, but the main idea is about creating the equivalent of fungal networks that are present in all healthy soil and link tree roots in a collaborative relationship. Informal networks exist in all organisations based on when people started working, similar education, shared interests, and more. That is useful but not enough as these networks, informal as they are, might still contain a bit too much similarity; creating multiple, unstructured, potentially novel, context-free channels for information flow is vital. Formal channels have been built with a specific context in mind so they do not adjust so quickly.

Secondly, we need to find ways to radically repurpose existing knowledge, capabilities, and technologies for novel, as yet unknown, purposes. This is more common than people realise. In 1945, an engineer maintaining a radar machine realised the significance of a chocolate bar melting in his pocket, so he put a metal box around the magnetron and we had the first microwave oven. IBM repurposed its world wide market leadership in punch cards as a control mechanism for industrial machines to gain first mover advantage in the early days of computing. In the pharmaceutical sector, aspirin and viagra both ended up with very novel uses from their original intent. In biology this is known as exaptation - a dinosaur’s feathers might have been selected for warmth and sexual display and adapted over time. Then, under stress, (think of small dinosaurs with skin flaps that more effectively displayed their colourful feathers who had to run fast to avoid predators) those exapted for flight. The field guide gives many other examples. Managing for serendipity is possible. The trio method above is one approach but we can also map what we know at an optimal (generally smaller) level of granularity and, avoiding categories, instead map them through abstract concepts (art is one approach there) to allow novel and unusual connections to be made. There is an argument that art in humans allowed us to abstract from what we have in front of us to see radical and novel connections between things. We are abductive more than we are inductive, and really good at it too: this means we make plausible connections and practically test them out more than we generalise. The upside of that is innovation. The downside is a tendency to believe conspiracy theories. Finding ways to identify which abductive insights represent coherent pathways of exploration is key to managing uncertainty. Connecting people and mapping at the right level of granularity are both necessary, but we also need to find new ways to quantify coherence, which leads us to the creation of human sensor networks.

Thirdly, we need to develop capabilities to bring multiple human judgements to bear in decision support. That means looking for diverse networks in terms of culture, age, sexual orientation, beliefs, etc. One of the drivers here is to rapidly identity outliers, the 17% who have seen the gorilla:

24 radiologists were asked to perform a familiar lung nodule detection task. A picture of a gorilla, 48 times larger than the average nodule, was inserted in the last case. 83% of radiologists did not see the gorilla. Eye-tracking showed that the majority of those who missed the gorilla looked directly at it.

We do that by presenting an infographic (which may be a scenario, a series of descriptions etc.) of the current situation to the whole of our workforce and get them to interpret it in real time and then represent their interpretation as a fitness landscape (which looks rather like a contour map of a hilly landscape). It shows dominant views, secondary groupings, as well as outliers. The same approach can be used to measure attitudes towards ethics, uncertainty, and so on. This is important because attitudes come before action, so the cost of intervention goes down. This also allows for real-time mass engagement in a crisis.

At a society level, this can be more important. Schools, sports clubs and churches can all provide field ethnography to gather stories from their own communities. Aside from informing government policy, it gives a real-time situational assessment. In a crisis you need to know what is actually happening now, not in six months after you commission research. Most importantly, this approach creates the capacity for meaningful engagement of communities who are not used as instruments of observations but are active participants in decision-making that affects them all. The approach also allows change, not by setting idealistic goals, but by looking at the narrative maps, gaining agreement as to the direction of travel and then ask the question, at different levels of society: What can we do tomorrow to create more stories like these and fewer like those. These types of approaches depend on technology for their implementation but they do not hand diverse human interpretation over to machine learning and algorithms that are still often our prejudices writ large.

All of these approaches interact with each other. All focus on creating a human (and humane) eco-system able to handle and respond to conditions of uncertainty, which are going to be the conditions facing the human species for the foreseeable future.

With thanks to Anna Panagiotou for corrections and improvements. 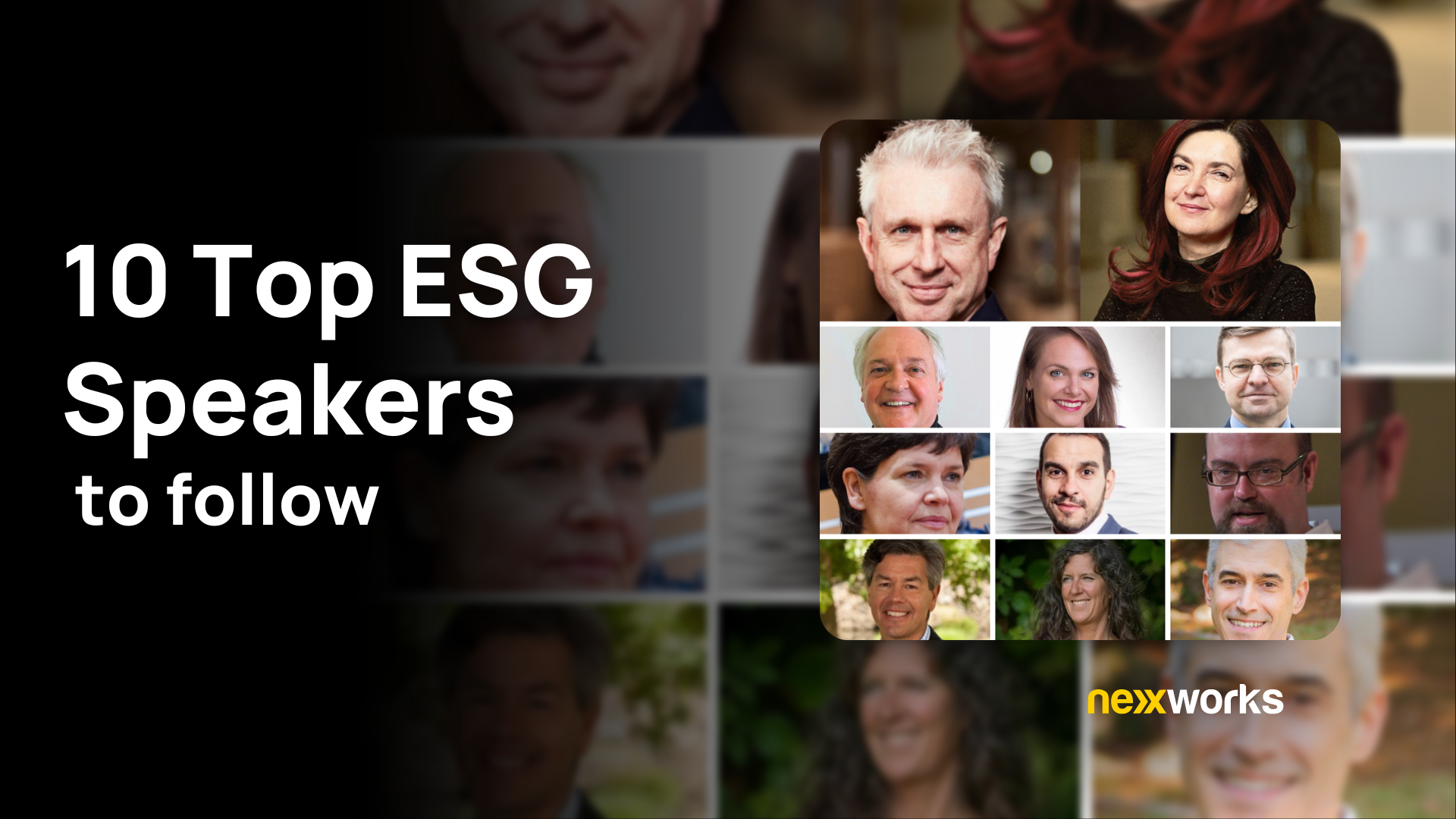 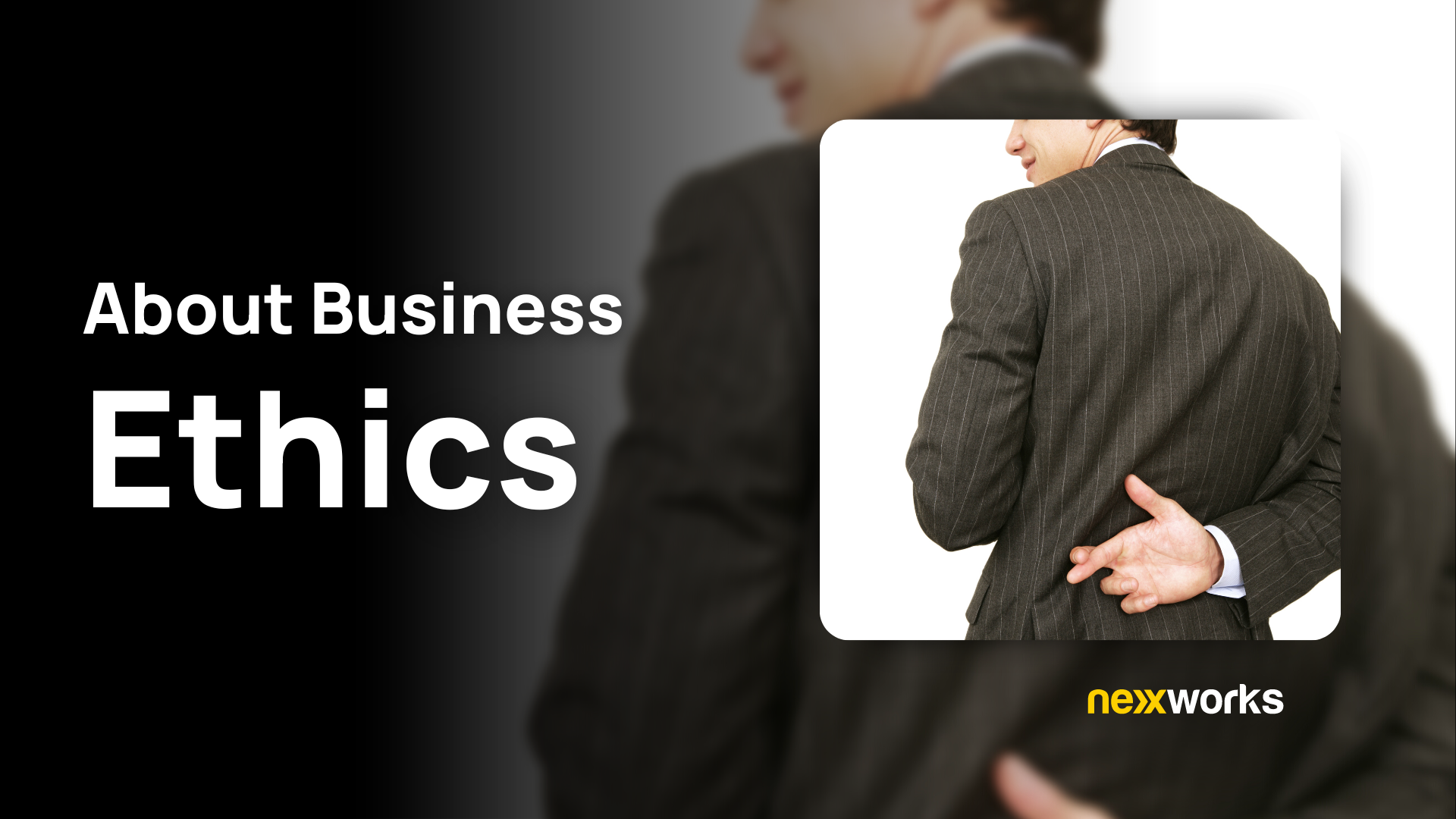 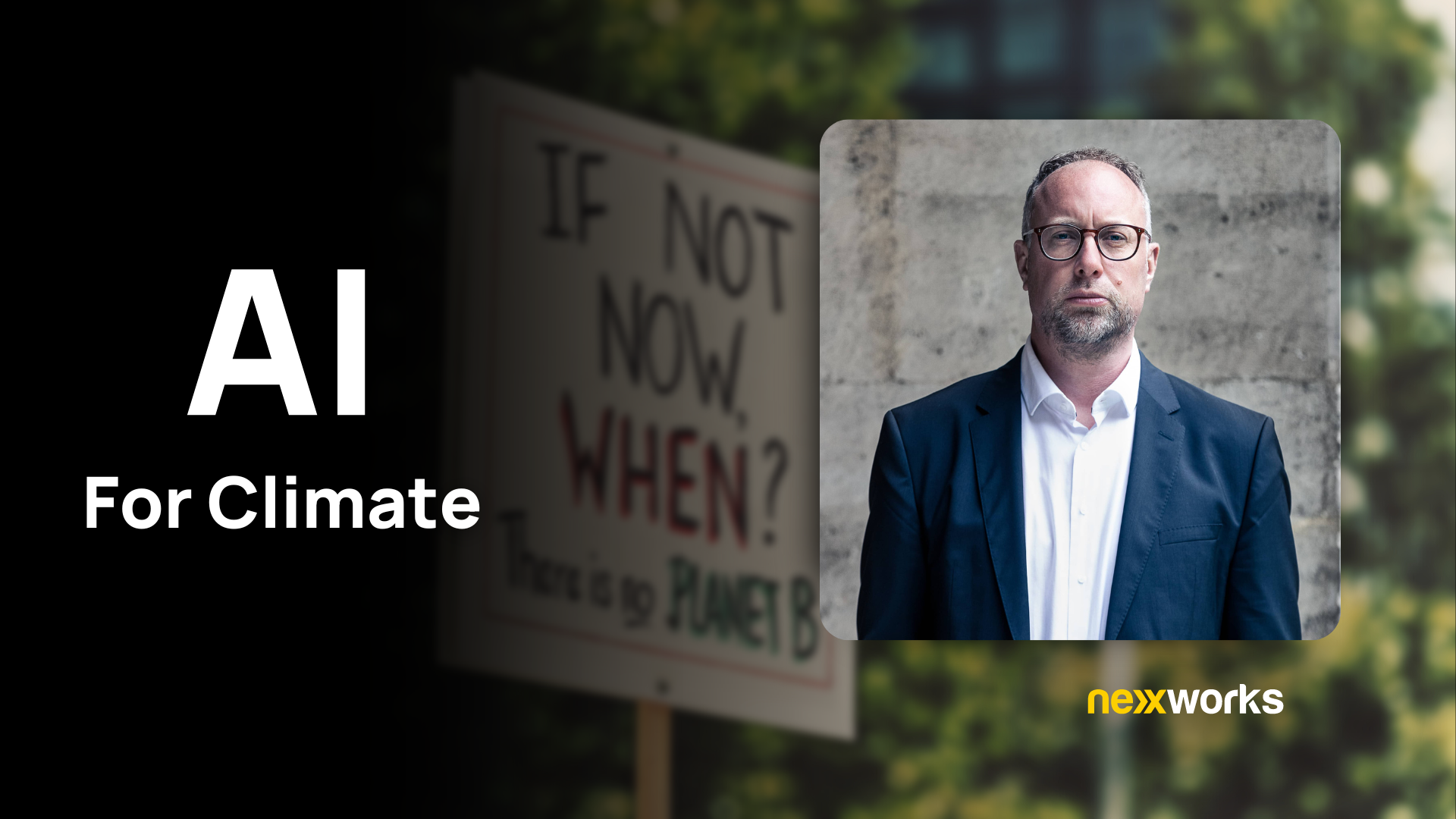