Coronavirus: The End of the Sharing Economy, or a New Beginning?

12 years ago, the smartphone was in its infancy. Neither Airbnb nor Uber, Lyft or TaskRabbit yet existed. Saying the phrase ‘sharing economy’ usually resulted in raised eyebrows: was that... 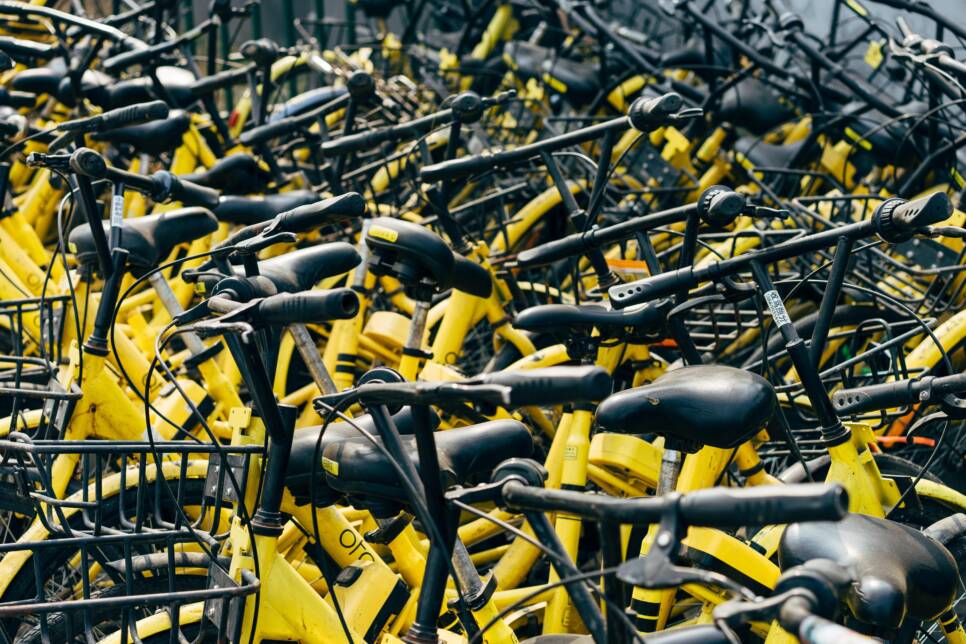 What’s happened since then is nothing short of extraordinary: today there are tens of thousands of self-professed sharing economy platforms worldwide, many featuring blistering valuations, wobbly IPOs, and fierce debates about the sharing economy’s benefits, pitfalls and potential. I’ve been at the fifty-yard line of this transformation, advising sharing economy startups, governments, policy makers and investors in 50+ countries on what the sharing economy is (and isn’t), why it matters, and what’s on the horizon.

12 years later and in the midst of COVID-19, saying the phrase sharing economy again raises eyebrows, albeit for different reasons. The main question today is: will it survive?

To answer this, let’s take a look at where we’ve been and where we’re heading. The sharing economy will survive, though it may look quite different moving forward — in ways we should celebrate.

From infancy to awkward adolescence to adult arrogance

Go back to 2008 again. Airbnb and Uber didn’t exist, but the sharing economy was alive and well. Companies including BlaBlaCar, Couchsurfing and Zipcar were young and growing. Each of them embraced an “access over ownership” business model in different ways. BlaBlaCar and Couchsurfing are peer-to-peer exchanges; Zipcar is B2C carsharing. True, we didn’t have the ease of mobile phone bookings yet, but these companies knew they were in the vanguard of an important shift.

The founders’ ethos and goals back then were simple: share rather than own resources in ways that help build community, improve the environment, and forge relationships and trust. They had the added benefit of helping people save money, but the financial rewards were seen as one of a bundle of benefits… and seldom the primary one.

In the ensuing years, the economic benefits of sharing-based platforms ran amok to the point that they began to overshadow the environmental, community and social benefits — sometimes suffocating them altogether. Making money became the holy grail: if we could frame the good, service or activity as “sharing,” even better.

This is when what I call sharewashing took root: companies slapping the term “sharing economy” onto almost anything, whether or not it involved actual sharing of resources or the original ethos. For better or worse, there is no entity to permit (or deny) any person, platform or country from using this term wherever and however they wish.

But the problem is, the term has become over-broad to the point of futility; apparently nothing is out of scope. Different places can define the sharing economy differently, leading to confusion without recourse. Moreover, many people lump together the sharing economy, gig economy, on-demand economy, freelance economy and more… yet these are distinct from one another (as I highlighted several years ago). Gig workers are not automatically somehow “sharing”; they are simply working in new ways enabled by mobile and digital technologies.

Taken together, if this transaction-driven, profit-driven, community-optional free-for-all model is the sharing economy that has evolved, then of course it was due for a reckoning. We were destined to have to come to grips with what it is, what it is not, and whether it’s good for society.

Ironically, even amidst the coronavirus pandemic, we continue to see the many flavors of today’s sharing economy play out. On the one hand, we see widespread generosity and sharing of goods and services, often volunteered. We see Airbnb’s community-minded hosts are opening up their homes to host healthcare workers for free. On the other hand, Airbnb’s corporate short-term rentals are in dire straits. But let’s be clear: the former is the sharing economy and pro-social. The latter is not.

Sharing forward: Where does the sharing economy go from here?

Having spent the past decade-plus trying to harness the original values and ethos of the sharing economy — community, sustainability, resourcefulness and trust, all of which we’ve never needed more than today — I believe there are three key trends underway that ultimately pave the way for a new, uplifting era for the sharing economy.

The sharing economy will thrive when it is aligned with its original values.

Local sharing economies don’t shy away from money; we’re not talking barter, gifting and volunteerism only (though these activities are included). Rather, this is about focusing on actual sharing and the enhanced resourcefulness, resilience and relationships that naturally come along with such initiatives and business models. Think of it as a rebalancing of benefits: economic benefits are still there, but — finally! — they can only co-exist alongside social and environmental benefits. Think of this sharing economy not as transactional, but transformational: rather than global mega-platforms, a global network of local hubs, each its own sharing economy.

(2) Integrity: Finally, we will realize the slippery slope of terminology. We will learn to be careful with sharing economy language. We will hold ourselves and others accountable for their words, and we will call out instances of sharewashing enthusiastically. Does a BlaBlaCar shared ride among several people qualify? Yes. Does an Uber trip in a leased vehicle that wouldn’t be on the road otherwise? Absolutely not.

I find this reset to be especially exciting, because we’ve desperately needed it for a while. In many ways, the sharing economy has been a victim of its own success: “sharing” sounds so welcoming, who wouldn’t want to be part of it? And yet, by lumping so many clearly non-sharing activities under this umbrella, we’ve diluted its true meaning and power. It’s time to get that meaning and power back.

(3) A window of opportunity for policy makers: Back in 2012 I was among the earliest voices to call out the potential public-policy train wreck that the sharing economy represented. (Such articles now seem quaint, though telling.)

Advising policy makers around the world in the years since has been equal parts fascinating and depressing; no city, country or government has developed a truly future-forward policy strategy for the sharing economy, though many places have tried. COVID-19 may provide the catalyst to learn from those mistakes and craft better (if not best) practices, rules and norms.

The list of policy priorities is admittedly long, but COVID-19 puts many of them in stark relief. For example, until last month tourism powered more than 10% of global GDP, 10% of global jobs, and 20% of global new job creation. Overtourism seemed almost inevitable for an increasing number of places, underscoring a dangerous tension between short-term economic gains and long-term sustainability. We now have an extraordinary opportunity to re-set that balance, including the role that the sharing economy can play in promoting truly community-led tourism (which relates directly to the first trend above).

Coming full circle, the next time you read headlines declaring that the sharing economy is doomed, stop and ask: which sharing economy are we talking about? Rest assured all is not lost. The original advocates and enthusiasts of the sharing economy are rejoicing (even as we wish COVID-19 could be wiped from history). Individually and collectively, if we can go back to basics and focus on what really matters, we will see a truly smart, resilient sharing economy emerging— and a brighter shared future within reach.

Thanks to Jerry Michalski.

This piece was first posted on Medium.