Computers are becoming more creative - and we're not ready

Recently an AI-written novel made it past the first screening round of a Japanese national literary prize. True, the AI still had help from humans and no, it did not... 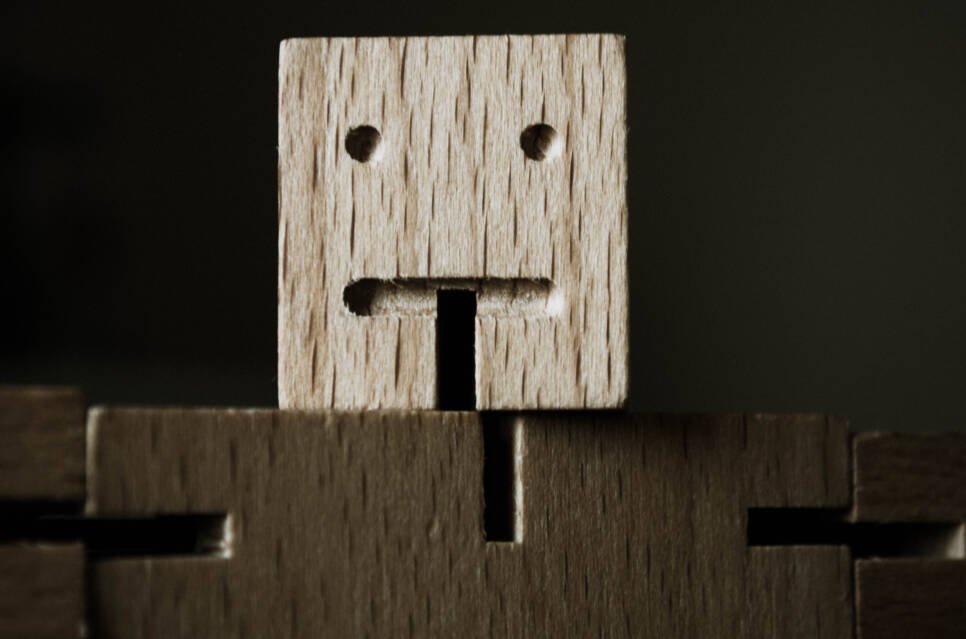 AI knocking at the door of our safe place

Many of us believe that creativity is one of the last beacons of humanity. It’s our safe place. It’s what we believe distances us from animals and robots. True, AI systems still mostly excel at routine jobs. And if there is one thing that is wildly complex and utterly un-routine, then it’s creativity. But the gap is closing. Five years ago, IBM's AI system Watson won a game of Jeopardy against the top two all-time champions. Early this year AI system AlphaGo cracked the ancient Chinese game Go, one of the most complex that ever existed. These are awe-inspiring breakthroughs.

But they are peanuts compared to what is coming.

"AI is not yet as creative as we are. But we are moving in that direction at dizzying speed."

The game is changing. And data is why.

Companies like Google, Facebook & Alibaba are now throwing themselves into the AI market. If there is one thing that fuels the speed of AI development, it’s data. And it so happens that data is the one thing that characterizes these companies. Just think of how this cornucopia of information will make self-learning systems smarter by the second, without the help of us flawed and inefficient humans.

So no, we have not yet arrived at the point that our artificial systems are as creative as we are. But we are moving in that direction at dizzying speed. A LOT of research has been done in that area, and for quite some time now. In 1973, artist Harold Cohen wrote a computer program called AARON  that paints pictures of increasing sophistication. It began with simple abstract paintings but by the 1990s had `learned’ a more representative style. In 2011, Benjamin Grosser launched his Interactive Robotic Painting Machine, which paints abstract pictures with oil on canvas and responds to the sounds in its environment. And they are just some of the most famous ones in that area.

We all have heard of the robot journalists who can `write’ basic articles based on statistics. And we all consider journalism to be a pretty creative job, right? And then there’s that team of IBM researchers that built a program that uses maths, chemistry, and vast quantities of data to churn out new and unusual recipes. Cooking is an art, right? Early this year McCann Japan announced it has appointed an AI creative director, called AI-CD β (still not 100% sure if it’s a hoax or not, but if it’s true, I could not omit it). Oh, and the music you have been listening to was composed by Emily Howell, a computer program created by David Cope in the 1990s. Let’s not forget “Sunspring”, the Sci-Fi Short Film (starring ‘Silicon Valley’s Thomas Middleditch) created by `Jetson’ – a machine built to write screenplays which was fuelled with hundreds of sci-fi TV and movie scripts. True, the film is so strange and incomprehensible that it becomes hilarious. But the point is that people are starting to test and learn the creative possibilities of AI.

Deconstructing creativity and finding a fit with AI

I am 100% certain that a lot of you reading this are already rationalizing. You might be thinking something like ‘This is not REAL creativity. It has nothing to do with what Edward Hopper or even Albert Einstein have done. Even if AI evolves to a point where it can produce comprehensible and enjoyable screenplays, articles, novels, adverts or music, it will never emulate the pure and raw inventive imagination of us humans.’  Will it? Don’t forget that creativity is rarely something utterly new. Often it is ‘just’ using, adapting or combining existing things. Like the Rolling Stones building on traditional blues music. Or like Matisse, Picasso or Brancusi who were all inspired by African art. I like this definition by Malcolm Goodman and Sandra M. Dingli in `Strategic Innovation Management’: “Creativity is characterised by the ability to perceive the world in new ways, to find hidden patterns, to make connections between seemingly unrelated phenomena, and to generate solutions.” Described like this, it seems right up AI’s alley. AI excels at finding patterns. A LOT better than humans can. It outshines the best of us at making connections. AI outrivals us at finding solutions. And now that it can teach itself, it will only keep getting better at it.

“Does the human race need to pivot its business model?”

Enter project Magenta. Google created it to determine whether AI is capable of creating original music and visual art somewhat independently of humans. It’s not even the first step that Google has taken in that direction. Its DeepDream project, for instance, uses algorithms to create abstract paintings. What’s more, the Magenta project will “produce open-source tools and models that help creative people be even more creative.” Smart move. That way Google’s AI will be able to learn how creative people work, making itself more creative in the process.

I could stare for hours at a painting by Edward Hopper (well, for a very long time anyway) and I wish I could stop time when I’m reading the last pages of a Murakami novel. So I certainly don’t want to minimize art and human creativity. They enable work, innovation, beauty and solace. And they WERE what made us unique. But I’m no longer certain that this will remain that way. And once AI becomes more intelligent and creative than us – and it’s certainly on its way - what will OUR added value be? Is it time for the human race to start thinking about how we can pivot our `’business model’? If we wait long enough, AI might have an answer to that question. But I’m not sure we will like the answer.

This article first appeared in a shortened version in the Dutch publication Trends.