After Coronavirus the World Will Never Be the Same. But Maybe, It Can Be Better.

Life has changed a lot in the past few days, weeks, or months, depending where you live. As efforts to contain the novel coronavirus ramp up, it’s likely going to... 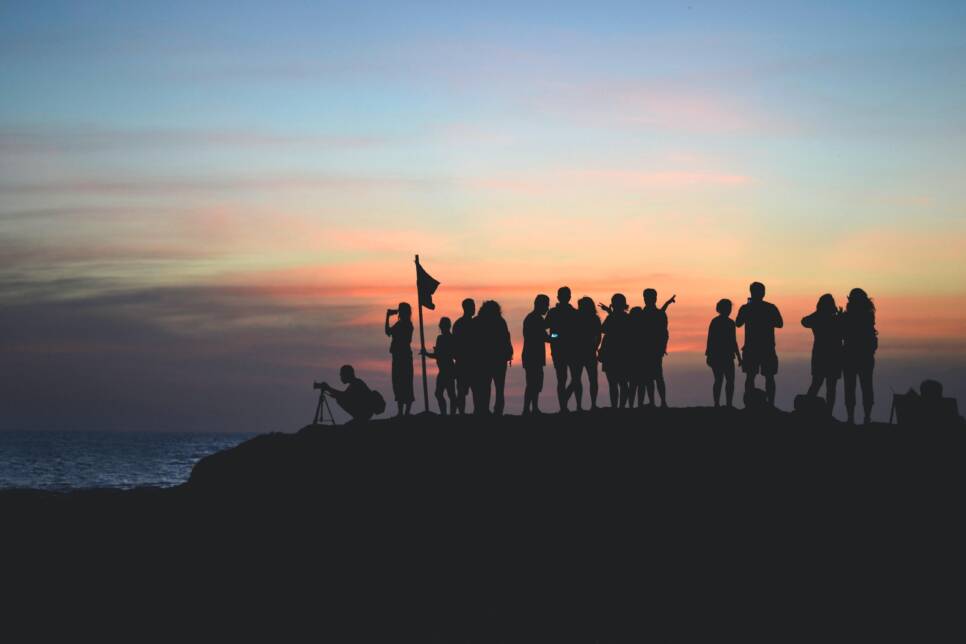 For many of us, the most impactful geopolitical event that’s happened during our lifetime was the terrorist attacks of September 11, 2001. The world changed that day, and it’s never returned to how it was before.

A flu-like pandemic with a relatively low mortality rate may seem minor compared to the deliberate murder of thousands of innocent people. But, Metzl said, “It’s my contention that this isn’t a 2001 moment, this is something much bigger. I think of this as a 1941 moment.”

1941 was the thick of World War II. Nobody knew what the outcome of the war was going to be, everybody was terrified, and the US and its allies were losing the war. “But even in the height of those darkest of times,” Metzl said, “people began imagining what the future world would look.”

It was 1941 when President Roosevelt gave his famous Four Freedoms speech, and when American and British leadership issued the Atlantic Charter, which set out their vision for the post-war international order. To this day, our lives exist within that order.

The situation we’re in right now is, of course, different; it’s not a war. It is, in Metzl’s words, “a convergence of the worlds of science and biology and the world of geopolitics.” And as the coronavirus crisis continues to play out, its geopolitical implications are going to become much greater.

The Old World Is Dying

Metzl shared a quote from Italian Communist theorist Antonio Gramsci, written in the 1930s: “The old world is dying and the new world struggles to be born. Now is the time of monsters.”

Metzl deconstructed it. For starters, he said, the post-WWII order that we’ve all grown up with was dying before this virus appeared.

Post-WWII planners envisioned a world that shared sovereignty and curbed nationalism. But we’re now in a period of dramatic re-nationalization of the world, with populist, extremist, or authoritarian leaders in power from Brazil to the US to China, and many countries in between.

Institutions intended to foster global cooperation (like the World Bank, the International Monetary Fund, the United Nations, and the World Health Organization) have been starved in the context of this re-nationalization, and as a result we don’t have effective structures in place to address global crises—and not just coronavirus. Think of climate change, protecting the oceans, preparing for a future of automation and AI; no country can independently take on or solve these massive challenges.

Not all is lost, though. “There are some positive pieces of this globalization story that we also need to be mindful of,” Metzl said.

When the Spanish flu pandemic hit in 1918, there were only 2 billion people on Earth, and of those 2 billion only 30 percent were literate; the “brain pool” for solving problems was about 600 million people.

Now we have a global population of 7.5 billion and an 86 percent literacy rate, which means over 6.5 billion people can be part of the effort to fix what’s broken. Just as crucially, we’re more connected to each other than we’ve ever been. It used to take thousands of years for knowledge to transfer; now it can fly across the world over the internet in minutes. “The pandemic moves at the speed of globalization, but so does the response,” Metzl said. “The tools we’re bringing to this fight are greater than anything our ancestors could have possibly imagined.”

But at the same time we’re experiencing this incredible bottom-up energy and connectivity, we’re also experiencing an abysmal failure of our top-down institutions.

Now Is the Time of Monsters

Have you felt afraid these last few days and weeks? I sure have. The stock market has plummeted, some people are losing their jobs, others are getting sick, and we don’t know the way out or how how long it’s going to last. In the meantime, a lot of unexpected things will happen.

There will be an economic slowdown or recession, and there will be issues with our healthcare systems—and these are just the predictable things. Metzl believes we’ll also see significant second and third-order effects. If the poorer parts of the world get hit hard by the virus, we may see fragile states collapsing, and multi-lateral states like the European Union unable to support the strain. “Our democracies are going to be challenged, and there may be soft coups even here in the US,” Metzl said. Speaking of challenges to democracy, there are actors whose desires and aspirations are very different from our own, and this could be a moment of opportunity for them.

“The world is not going to snap back to being exactly like it was before this crisis happened,” Metzl said. “We’re going to come out of this into a different world.”

The New World Struggles to Be Born

We don’t know exactly what that world will look like, but we can imagine some of it. Basically, take the trends that were already in motion and hit the fast-forward button. Virtualization of events, activities, and interactions. Automation of processes and services. Political and economic decentralization.

But for the pieces of the future that we’re unsure of, now is 1941. “Now is the time when we need to think about what we would like the new world to look like, and start planning for it and building it,” Metzl said.

In hindsight, it’s easy to picture a far better response and outcome to the COVID-19 outbreak. What if, three months ago, there’d been a global surveillance system in place, and at the first signs of the outbreak, an international emergency team led by the World Health Organization had immediately gone to Wuhan?

“We—all of us—need to re-invigorate a global system that can engage people inclusively across differences and across countries,” Metzl said. “We need to be articulating our long-term vision now so that we can evaluate everything against that standard.”

There’s not a total lack of a positive long-term vision now; the UN sustainable development goals, for example, call for gender equality, no poverty, no hunger, decent work, climate action, and justice (among other goals) around the world.

The problem is that we don’t have institutions meaningful enough or strong enough to effect realization of these principles; there’s a mismatch between the global nature of the problems we’re facing and the structure of national politics.

We have more educated people, stronger connections, faster sharing of information, and more technological tools and scientific knowledge than ever before in history. “The number of people who can be part of this conversation is unprecedented,” Metzl said. “We couldn’t have done this in the industrial age or even the nuclear age. There’s never been this kind of motivation combined with this capacity around the world.”

In 1941, the global planning process was top-down: a small group of powerful, smart people decided how things would be then took steps to make their vision a reality. But this time will be different; to succeed, the new global plan will need to have meaningful drive from the bottom up.

“We need to recognize a new locus of power,” Metzl said. “And it’s us. Nobody is going to solve this for us. This is our moment to really come together.”