When you think of trends that might be shaping the future, the first things that come to mind probably have something to do with technology: Robots taking over jobs. Artificial... 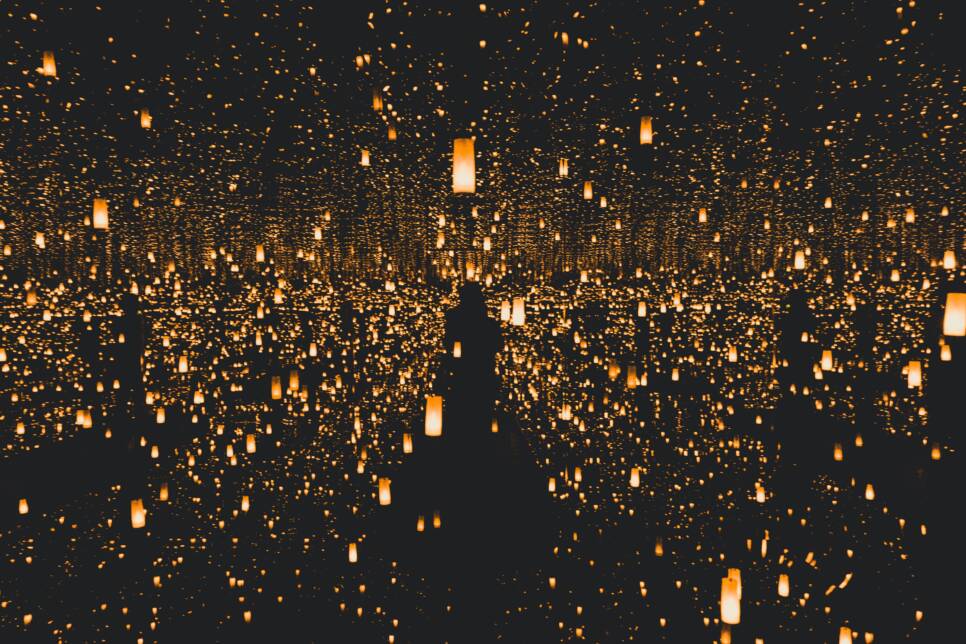 For his own curation process, Bhargava uses what he calls the haystack method. Rather than searching for a needle in a haystack, he gathers ‘hay’ (ideas and stories) then uses them to locate and define a ‘needle’ (a trend). “If you spend enough time gathering information, you can put the needle into the middle of the haystack,” he said.

A big part of gathering information is looking for it in places you wouldn’t normally think to look. In his case, that means that on top of reading what everyone else reads—the New York Times, the Washington Post, the Economist—he also buys publications like Modern Farmer, Teen Vogue, and Ink magazine. “It's like stepping into someone else's world who's not like me,” he said. “That's impossible to do online because everything is personalized.”

The first is unquestioned assumptions, which are facts or habits we think will never change. When James Dyson first invented the bagless vacuum, he wanted to sell the license to it, but no one believed people would want to spend more money up front on a vacuum then not have to buy bags. The success of Dyson’s business today shows how mistaken that assumption—that people wouldn’t adapt to a product that, at the end of the day, was far more sensible—turned out to be. “Making the wrong basic assumptions can doom you,” Bhargava said.

The second barrier to thinking differently is constant disruption. “Everything is changing as industries blend together,” Bhargava said. “The speed of change makes everyone want everything, all the time, and people expect the impossible.” We’ve come to expect every alternative to be presented to us in every moment, but in many cases this doesn’t serve us well; we’re surrounded by noise and have trouble discerning what’s valuable and authentic.

This ties into the third barrier, which Bhargava calls the believability crisis. “Constant sensationalism makes people skeptical about everything,” he said. With the advent of fake news and technology like deepfakes, we’re in a post-truth, post-fact era, and are in a constant battle to discern what’s real from what’s not.

Bhargava’s efforts to see past these barriers and curate information yielded 15 trends he believes are currently shaping the future. He shared seven of them, along with thoughts on how to stay ahead of the curve.

We tend to trust things we have a history with. “People like nostalgic experiences,” Bhargava said. With tech moving as fast as it is, old things are quickly getting replaced by shinier, newer, often more complex things. But not everyone’s jumping on board—and some who’ve been on board are choosing to jump off in favor of what worked for them in the past.

“We're turning back to vinyl records and film cameras, deliberately downgrading to phones that only text and call,” Bhargava said. In a period of too much change too fast, people are craving familiarity and dependability. To capitalize on that sentiment, entrepreneurs should seek out opportunities for collaboration—how can you build a product that’s new, but feels reliable and familiar?

Women have increasingly taken on more leadership roles, advanced in the workplace, now own more homes than men, and have higher college graduation rates. That’s all great for us ladies—but not so great for men or, perhaps more generally, for the concept of masculinity.

By encouraging the non-conforming, we can help take some weight off the traditional gender roles, and their corresponding divisions and pressures.

Innovation has become an over-used word, to the point that it’s thrown onto ideas and actions that aren’t really innovative at all. “We innovate by looking at someone else and doing the same,” Bhargava said. If an employee brings a radical idea to someone in a leadership role, in many companies the leadership will say they need a case study before implementing the radical idea—but if it’s already been done, it's not innovative. “With most innovation what ends up happening is not spectacular failure, but irrelevance,” Bhargava said.

He suggests that rather than being on the defensive, companies should play offense with innovation, and when it doesn’t work “fail as if no one's watching” (often, no one will be).

Thanks to social media and other technologies, there are a growing number of fabricated things that, despite not being real, influence how we think. “15 percent of all Twitter accounts may be fake, and there are 60 million fake Facebook accounts,” Bhargava said. There are virtual influencers and even virtual performers.

“Don't hide the artificial ingredients,” Bhargava advised. “Some people are going to pretend it's all real. We have to be ethical.” The creators of fabrications meant to influence the way people think, or the products they buy, or the decisions they make, should make it crystal-clear that there aren’t living, breathing people behind the avatars.

Another reaction to the fast pace of change these days—and the fast pace of life, for that matter—is that empathy is regaining value and even becoming a driver of innovation. Companies are searching for ways to give people a sense of reassurance. The Tesco grocery brand in the UK has a "relaxed lane" for those who don’t want to feel rushed as they check out. Starbucks opened a "signing store" in Washington DC, and most of its regular customers have learned some sign language.

“Use empathy as a principle to help yourself stand out,” Bhargava said. Besides being a good business strategy, "made with empathy" will ideally promote, well, more empathy, a quality there’s often a shortage of.

From automating factory jobs to flipping burgers to cleaning our floors, robots have firmly taken their place in our day-to-day lives—and they’re not going away anytime soon. “There are more situations with robots than ever before,” Bhargava said. “They're exploring underwater. They're concierges at hotels.”

The robot revolution feels intimidating. But Bhargava suggests embracing robots with more curiosity than concern. While they may replace some tasks we don’t want replaced, they’ll also be hugely helpful in multiple contexts, from elderly care to dangerous manual tasks.

Similar to retro trust and enterprise empathy, organizations have started to tell their brand's story to gain customer loyalty. “Stories give us meaning, and meaning is what we need in order to be able to put the pieces together,” Bhargava said. “Stories give us a way of understanding the world.”

Finding the story behind your business, brand, or even yourself, and sharing it openly, can help you connect with people, be they customers, coworkers, or friends.

While it may not overtly sound like it, most of the trends Bhargava identified are tied to technology, and are in fact a sort of backlash against it. Tech has made us question who to trust, how to innovate, what’s real and what’s fake, how to make the best decisions, and even what it is that makes us human.

By being aware of these trends, sharing them, and having conversations about them, we’ll help shape the way tech continues to be built, and thus the way it impacts us down the road.